When Ben Hoenig broke his leg during a soccer game he thought his day had gone bad enough.

But when he arrived home he found he’d been slapped with a $439 fine for running a red light in Bradbury, in Sydney’s south-west – issued while he was actually travelling in an ambulance 50km away from the camera.

The 27-year-old, who was knocked down in the inner-city suburb of Alexandria, said he wouldn’t have known that he wasn’t the driver of the car that ran the red light unless he’d cross-referenced the fine with his hospital admission date.

Ben Hoenig (pictured), 27, broke his leg during at soccer game before being fined $439

‘I’m really glad I checked or I’d be paying for somebody else’s mistake,’ he added.

According to statistics, Revenue NSW gave out 178,000 red light camera fines in the last financial year – which left taxpayers with $82million less in their pockets.

Mr Hoenig went online to find that the car pictured committing the offence was a white Mazda hatchback, and not the dark Lexus that Mr Hoenig drives. 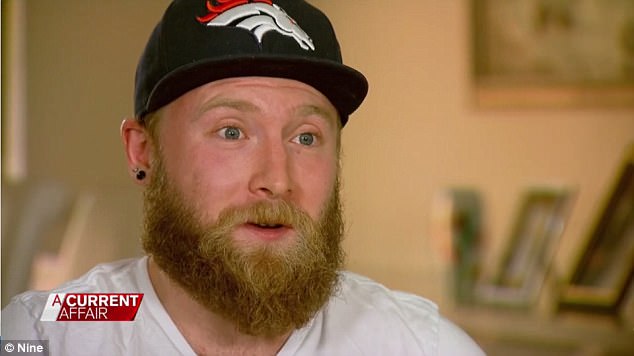 ‘It’s showing that it makes mistakes. It’s only been found because I checked it. How many people get fines and just pay it without checking it?’ he said.

His father, Heffron MP Ron Hoenig, was the first person to see that his son had a fine in the post, and immediately assumed that his son was guilty before checking the time stamps.

‘In my opinion my son was dudded by a money-hungry government that’s just trying to rake in revenue,’ he said.

Anyone issued a fine from a camera can go online to see a photograph of the car that committed the offence and contact Revenue NSW if they believe they’ve been issued the wrong notice.