Drug dealer who traded speed for stolen goods is jailed

A hoarder who dealt in drugs and stolen goods from her terraced house has been jailed after police discovered the largest haul of stolen property they had ever seen.

Officers had to form a human chain to empty Lesley Mooney’s home in Cleethorpes, North East Lincolnshire, of around 2,000 items worth £36,000.

The 57-year-old had also rigged an elaborate CCTV system inside the house which showed her weighing and measuring wraps of amphetamine and distributing it to a constant stream of visitors between March 3 and 13 last year.

It is thought that in some cases Mooney, who described herself as a ‘stay-at-home parent’ on Facebook, was handing over drugs in return for shoplifted items ranging from computer games to perfumes. 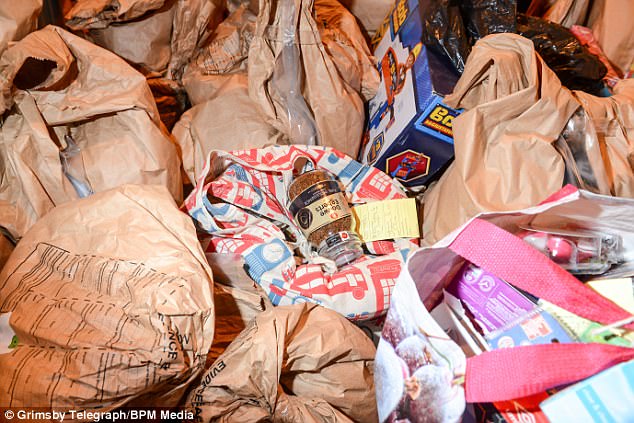 Pictures taken from inside the house show piles of stolen goods – including children’s toys, watches and jars of coffee – piled up in police evidence bags 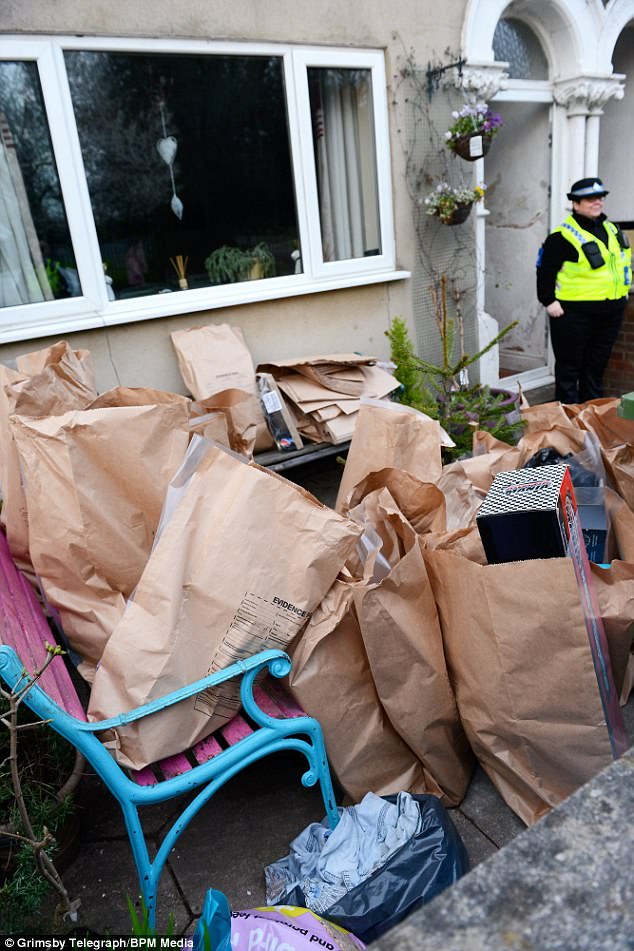 Video taken during her arrest shows officers standing inside the house surrounded by piles of stolen goods.

Police found more than 2,000 items ranging from over 700 deodorants, 200 pairs of socks, children’s toys, 93 bottles of perfume, 82 skin creams, bottles of spirits and 157 jars and bags of coffee, all stolen from shops in North East Lincolnshire.

The haul also included 55 X-Box games and 689 tools, 47 watches, 112 boxes of chocolates and items of jewellery.

It is the largest quantity of stolen property ever found by Humberside Police in North East Lincolnshire.

It had been stolen from a range of shops including TKMaxx, House of Fraser, Matalan, Boyes, Peacocks, Wilkinsons, Aldi, New Look, Asda and Selena Girl.

Mooney, who suffers from Obsessive Compulsive Disorder (OCD), admitted supplying drugs and possessing the criminal property which was hoarded over a period of at least a year.

She made that much money she had more than £19,000 of benefits in her Santander Bank account which she never used. 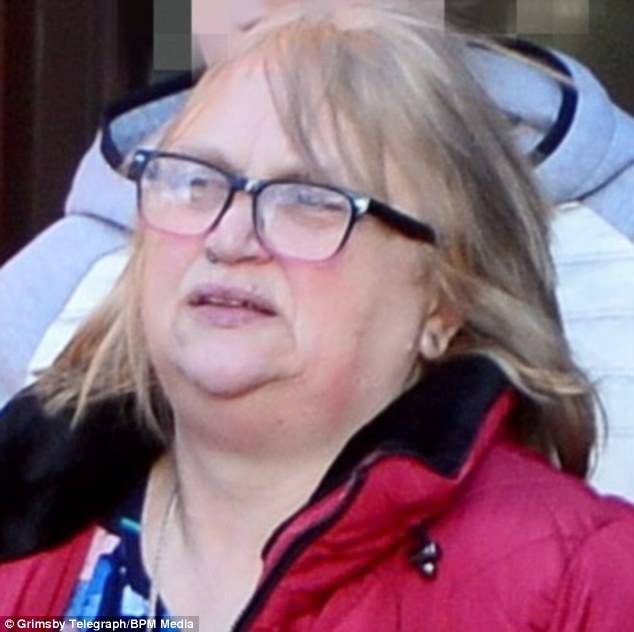 Mooney, who wept in court, made that much money she had more than £19,000 of benefits in her Santander Bank account which she never used 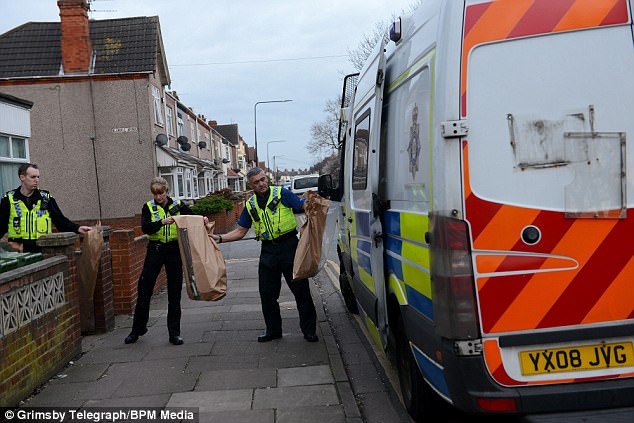 The stash of stolen goods contained around 2,000 items worth a total of £36,000. Police had to form a human chain to empty the house 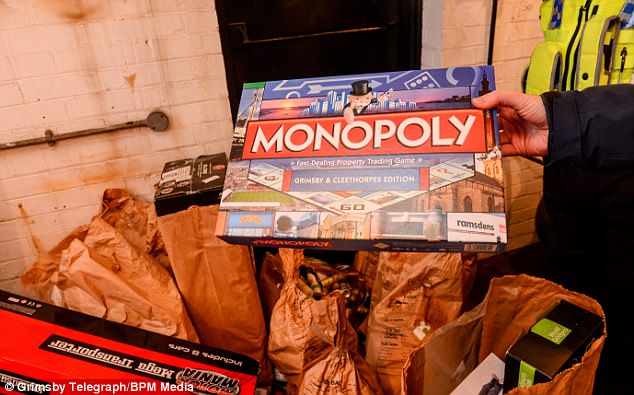 Police found more than 2,000 items ranging from over 700 deodorants, 200 pairs of socks, children’s toys, 93 bottles of perfume and 82 skin creams 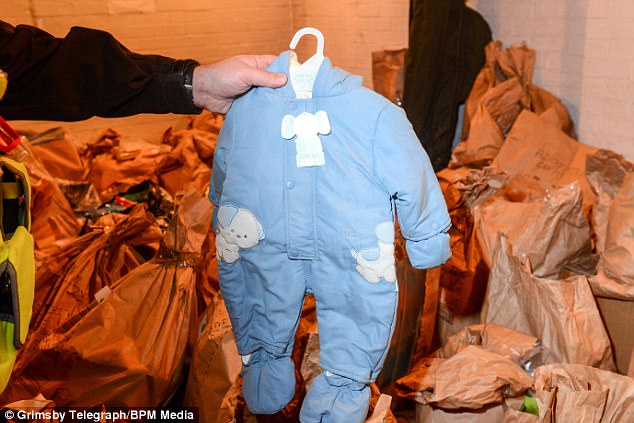 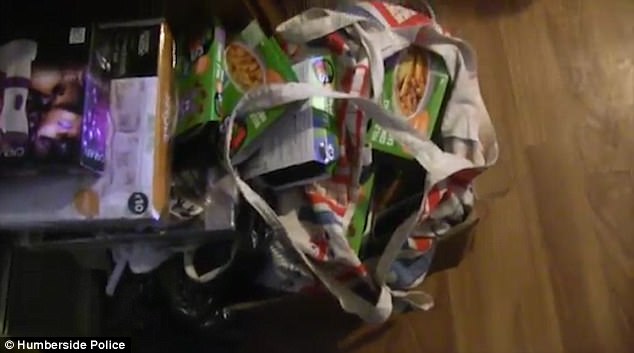 Prosecuting, Gordon Stables said: ‘So brisk was her trade that she had over 100 visitors, some selling stolen goods to Lesley Mooney some buying drugs from Lesley Mooney.’

He said analysis of her mobile phone showed her at the centre of supply of illegal drugs.

He described her as a ‘mid-level’ drug dealer sometimes dealing in bulk, as well as ‘street deals.’

Mooney had previously served a sentence of two years imposed in 2014 for similar offences.

Defending, Stephen Robinson said his client had a ‘habit of hoarding.’

A pre-sentence report had highlighted she had not appreciated her offending and had a ‘deficit in her thinking’ and she was ‘living in a bubble.’ 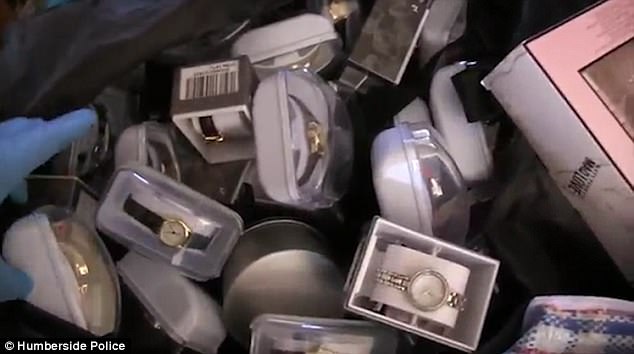 Piles of watches still in their cases were spotted in the house. It is thought the stash had a total value of £36,000 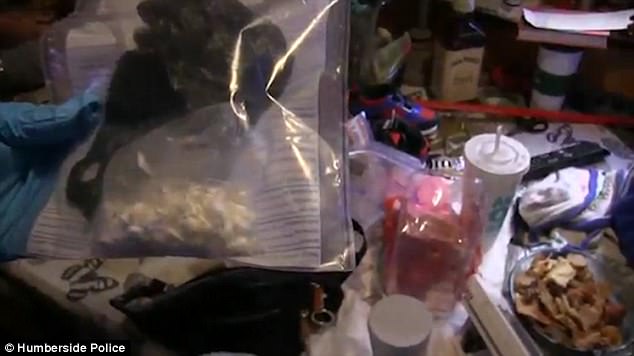 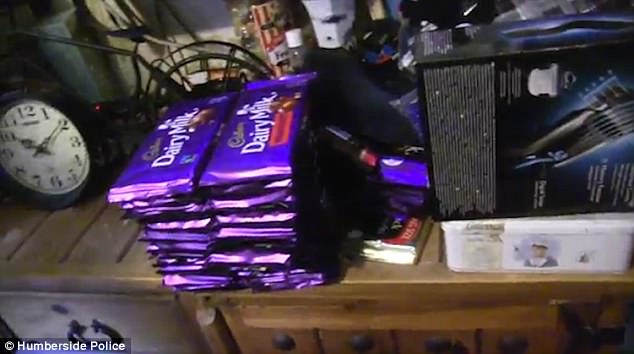 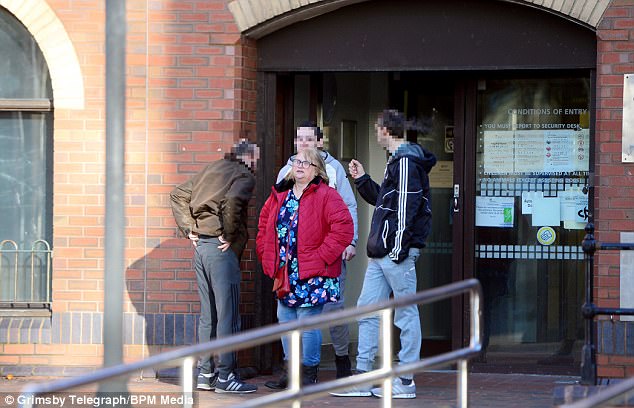 At Grimsby Crown Court, Mooney (pictured centre, in the red coat) was jailed for two-and-a-half years for possessing criminal property and supplying drugs

Mr Robinson said: ‘She had more items than she could use. There were multiple bottles of deodorant. She was hoarding them.’

He highlighted a number of personal problems his client suffered from, including obsessive compulsive disorder.

Mooney wept as he told how her close friend had died and how she felt socially isolated.

Judge Graham Robinson said: ‘The CCTV shows you removing security tags. It may be some of the material was being looked after by you.’

He added: ‘It must have taken a considerable amount of time to amass that number of items.’

The judge said he took account of her depression, personal issues and cognitive difficulties and sentenced her to 18 months and 12 months concurrently for the drugs offences and 12 months for the possession of stolen property.