A drunk woman who screamed ‘we’re all going to die’ on a flight and made a passenger have a seizure has been jailed.

Kiran Jagdev downed up to eight beers and six wines before drinking more alcohol from her bag on the Jet2 flight from Tenerife to East Midlands Airport.

The 41-year-old kicked the seat of an autistic passenger then ‘inappropriately touched’ and made ‘vulgar remarks’ to a police officer who tried to calm her, before verbally abusing him.

She has now been jailed by a judge who said her ‘catalogue of bad behaviour required a deterrent sentence’.

The judge said Jagdev was ‘the author of [her] own and other people’s misfortune’ and said her actions created ‘a dreadful experience for all those who were exposed to her behaviour.’

Jagdev, from New Parks in Leicester, pleaded guilty to being drunk on an aircraft at Leicester Magistrates’ Court in August.

She was sentenced to six months in prison at Leicester Crown Court this week.

Prosecutor Joey Kwong told the court how Jagdev had drank between six and eight beers before boarding the Jet2 flight from Tenerife on January 28 this year.

She then drank a further four to six glasses of wine on the plane. 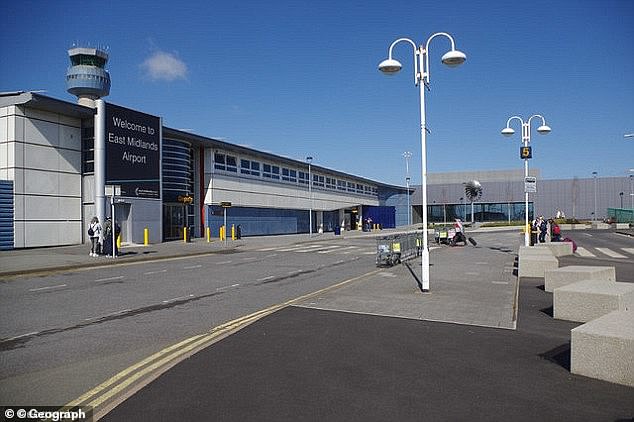 During the flight she repeatedly kicked the back of the seat in front of her where an autistic girl was sitting with her family.

The girl became extremely distressed and was offered another seat by cabin crew.

Jagdev was then seated behind another passenger, and despite being asked to stop kicking, continued to do so, causing the woman to have a seizure, the court heard.

Mr Kwong said: ‘She continued to ask cabin crew for a drink and they continued to refuse her and she was issued with an Air Navigation Order.’

After being refused more alcohol by cabin crew, Jagdev then brought her own alcohol out of her bag and began to drink that.

‘An off-duty police officer then offered to sit next to her and assist cabin crew,’ Mr Kwong said.

‘He said the conversation was initially pleasant, but then she began to touch him inappropriately and made vulgar remarks.

‘The police officer refused her advances and she became abusive towards him.’

As the flight began its approach to East Midlands Airport, high winds prevented the aeroplane from landing first time.

When the plane began to circle, Jagdev repeatedly shouted: ‘We’re all going to die’ and kept standing up and trying to leave.

When the plane landed, she was immediately arrested by police and became abusive towards immigration staff. 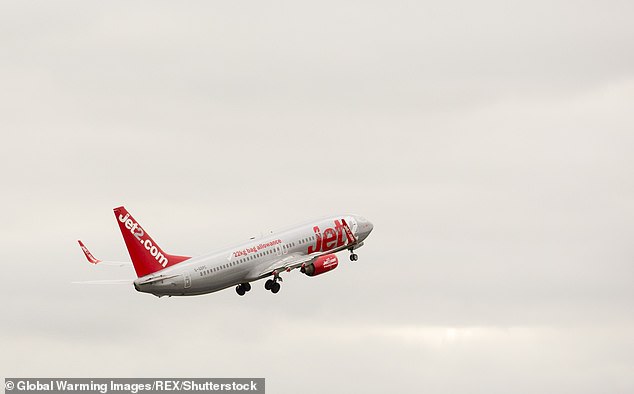 The 41-year-old kicked the seat of an autistic passenger then ‘inappropriately touched’ and made ‘vulgar remarks’ to a police officer who tried to calm her, before verbally abusing him

In her police interview when she was sober she had described herself as ‘7/10 drunk’ while on the plane.

She is also known to have an alcohol dependency and was described to have a ‘troubled background’.

Judge Philip Head said: ‘When you boarded the plane in Tenerife to fly back to East Midlands Airport, you were drunk, so much so that you had to be helped into your seat.

‘The effect you had on other passengers must have been dreadful, but the worst was yet to come.

‘As the pilot was unable to put the craft down on the approach, that triggered a further foul-mouthed tirade where you shouted ‘we’re all going to die’ for about 10 minutes.

‘It is not easy to contemplate the effect of what you were doing doing to other passengers in a stressful situation.

‘When you were sober in your police interview, you blamed the crew for selling you more alcohol, but I reject this. You are the author of your own and other people’s misfortune.

‘This was a dreadful experience for all those who were exposed to your behaviour and it culminated when the landing was aborted.

‘This demands a deterrent sentence so people who travel by air and get drunk will know there are consequences.’

Jagdev also has nine previous convictions, and five days before her flight home while in Tenerife she was charged with assault and given a suspended sentence before coming back to the UK.

Defending, Harbinder Lally, said: ‘She was intoxicated before she got on the plane itself and the only person the finger of blame can be pointed at is Ms Jagdev herself.

‘She simply wants to get back on track and wants to get professional assistance and she is working to do that.’

Jagdev was jailed for six months.