A woman who laced her de facto partner’s dinner with pills to ‘stupefy’ him so her significantly older lover could kill him has had almost three years cut off her sentence.

Sarah Renea Tarrant, 29, was previously found guilty of the manslaughter of Alois Rez in Dubbo, in NSW, in 2013 and sentenced to 10 years and eight months in jail with a non-parole period of eight years.

The jury had cleared her of the more serious charge of murder on the basis of substantial mental impairment.

Sarah Renea Tarrant, 27, had been in a relationship with Alois Rez (pictured), 33, but wanted him ‘gone’

Her widowed lover Raymond Roff, then 51, was separately sentenced for murder after Tarrant gave evidence at his trial that she had put sleeping tablets in Mr Rez’s mashed potato before facilitating the killing.

The 33-year-old’s body has never been found.

The NSW Criminal Court of Appeal in February ruled a new sentence be imposed after Tarrant argued the sentencing judge’s conduct gave rise to a reasonable apprehension of bias against her.

In the NSW Supreme Court on Tuesday, Justice Peter Johnson sentenced Tarrant to eight years in jail with a non-parole period of five years. He noted her early offer to plead guilty to manslaughter and her assistance to authorities, including a letter she wrote to Roff asking where he had dumped Mr Rez’s body.

‘Her offence is of a very grave kind, but is to be understood in the unusual and extreme circumstances which then existed in her life,’ Justice Johnson said.

Tarrant’s sentence was backdated and she will be eligible for parole in November 2020. 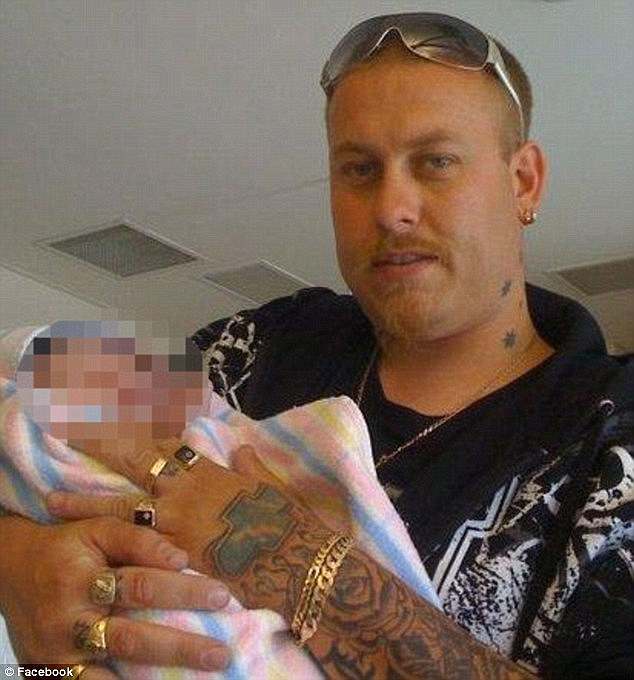 Sarah Renea Tarrant, 29, was previously found guilty of the manslaughter of Alois Rez (pictured) in Dubbo in 2013 and sentenced to 10 years and eight months in jail with a non-parole period of eight years

Tarrant was in Year 10 at school when she ran away from home to be with Mr Rez but their subsequent nine-year relationship was marred by violence. He also had soured links to the Rebels motorcycle gang, according to agreed facts.

She met Roff, 27 years her senior, through her de facto partner and their friendship ‘turned into a sexual and romantic affair’ that remained a secret.

Text messages between them were recovered from a mobile phone Tarrant returned as faulty to Target Dubbo the day after Mr Rez disappeared.

The texts included one saying she had seen him ‘stumbling’ to the toilet after eating his dinner and one from Roff checking whether Mr Rez was in a deep sleep before he entered the home about 2am.

The judge said he was satisfied Tarrant had good prospects of rehabilitation but the planned nature of the killing, that the two decided Mr Rez ‘should go’ so they could be together, meant general deterrence played a significant role on sentence.

‘The law should not tolerate, to any extent, a person taking the law into their own hands to rid themselves of a tormentor,’ Justice Johnson said.