A major hotel in north Dublin is being evacuated after flames were spotted on the upper levels.

The hotel in Ballymun, on Dublin’s north side is near the city’s airport.

It is not known at this stage whether there are any injuries. 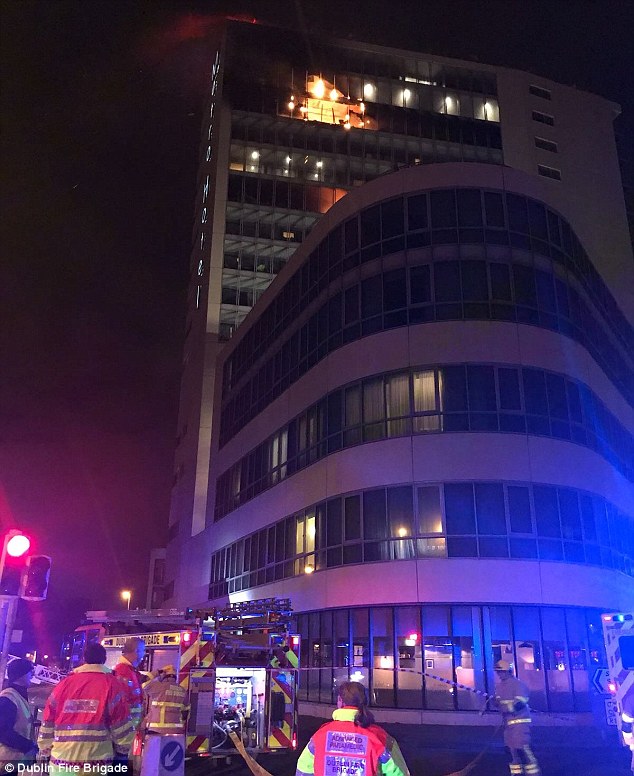 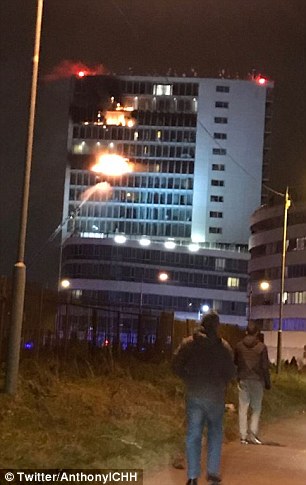 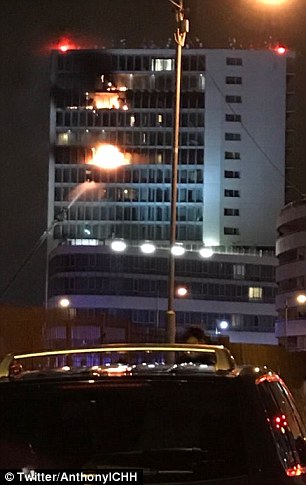 ‘Severe traffic delays, please avoid the area to enable us to access the fireground.’

The incident has taken place at the Metro Hotel. Shocking footage of the blaze was posted on social media.

The flames appear to have affected at least four floors of the hotel.

Sinn Fein MEP Lynn Boylan tweeted: ‘Hearing reports of bad fire at Metro Hotel Ballymun, really hope everyone is out of the building and safe.’

Gardai have closed roads around the hotel and local councillors appealed for people to stay away from the scene.

Cllr Noeleen Reilly said: ‘Please stay clear of the Metro Hotel to allow the emergency services do their jobs. ‘

Local TD Noel Rock said on Twitter: ‘There’s a very alarming situation unfolding in Ballymun at the Metro Hotel. I hope that everybody is safe but cannot be certain for the moment. I’d like to praise the emergency workers I’ve spoken to this evening, and thank them for their work.’