Brazil have been through the wringer ahead of their Copa America Centenario debut, but coach Dunga insists they have come to the United States to win the tournament.

‘I want to win everything,’ he stated on Friday night, before his team take on Ecuador in Pasadena on Saturday. ‘If the referee tosses the coin, I want to win that.’

As well as failing to persuade Barcelona that Neymar could be used in both the Copa America and the Olympic Games in Rio, Dunga has seen his squad ravaged by injury. 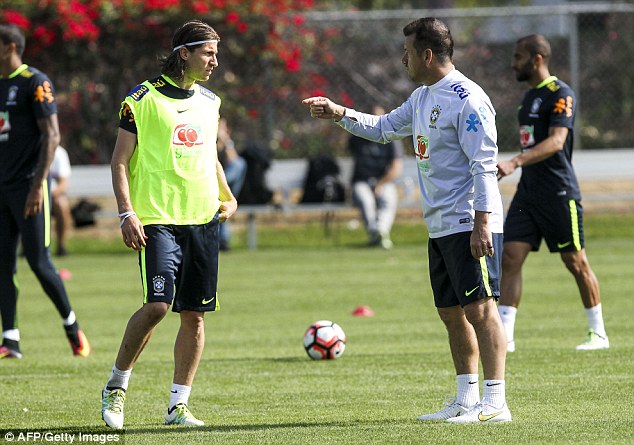 Dunga, pictured giving instructions to Filipe Luis in training, has had to deal with injuries ahead of the event

Douglas Costa was injured and replaced by Kaka, who then got injured himself, along with Ricardo Oliveira, Rafinha and Ederson.

Luis Gustavo became the sixth member of the squad to pull out, citing personal reasons, while centre back Miranda had to pass a late fitness test after suffering a minor injury training on Wednesday.

But Dunga, whose position as Brazil manager is under threat, was calm and pointed out it was merely a good opportunity for those called up as replacements to prove themselves.

The coach explained: ‘We have others who are very qualified and have this great opportunity to play with their national squad. We are very motivated and very trusting of all of the players.’

Brazil’s opening Group B fixture, against Ecuador, is arguably the toughest of their matches, with the other two against Peru and Haiti. 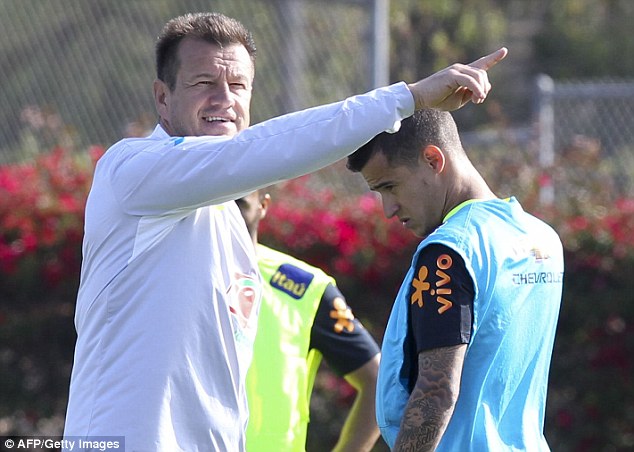 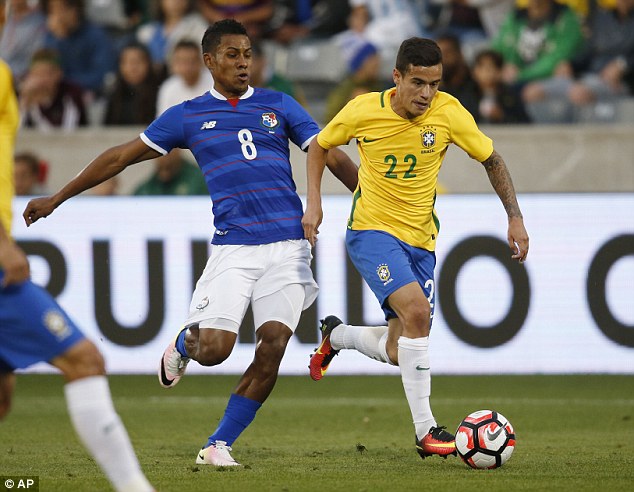 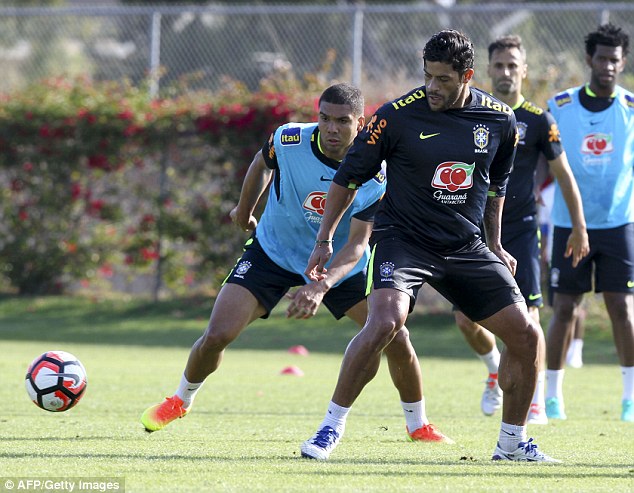 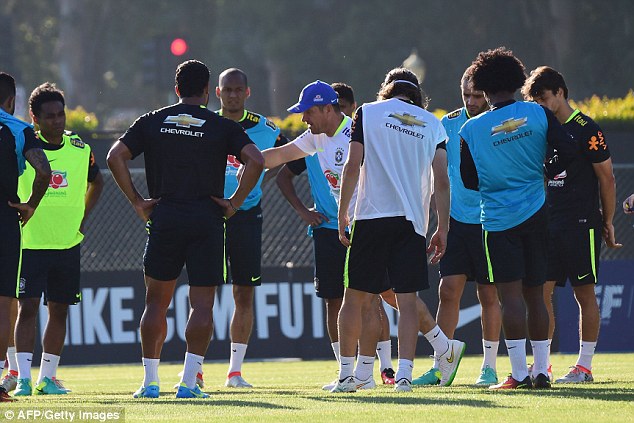 Swansea’s Jefferson Montero will be a threat down the left for his country, with Dani Alves set for a tricky night at the Rose Bowl.

Another player tipped for a leading role is Liverpool’s Philippe Coutinho. He impressed in a pre-tournament friendly against Panama and with Brazil’s injuries he could take advantage.

Ecuador coach Gustavo Quinteros IS wary of the midfielder’s talent.

‘Neymar will not play, nor Douglas Costa but you have Coutinho, who is just as good as them,’ he pointed out.

‘So Brazil do not have any negatives, and that means we don’t have an advantage.’

He said: ‘Ecuador have been playing together a long time. They are a fast team, a strong team, which marks very well. They’re a team that know how to play as a collective.’ 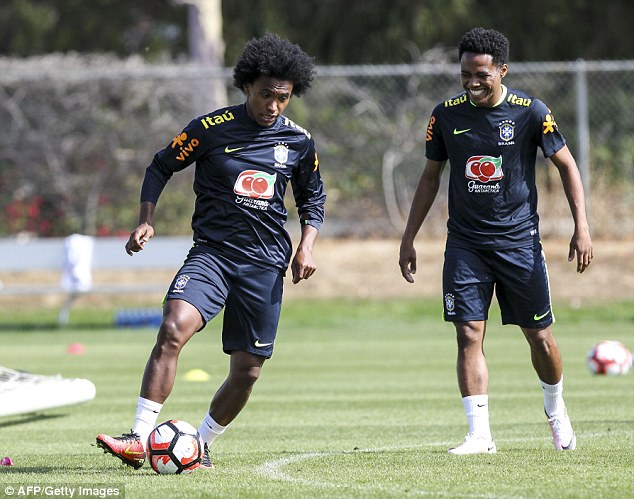 Willian will be an important part of the side, with Neymar, Douglas Costa and Philippe Coutinho not involved

The coach noted that thanks to the heat in the south west of America, keeping the ball and making them work will be key.

‘I think it’s going to be about possession,’ he said, which is something Brazil fans want the team to be comfortable with.

At times during his reign that hasn’t been the case, with the Selecao sometimes seeming lost. Their poor form has left Dunga with few places to run.

If he does not taste success here, or even more importantly at the Olympics which his country is hosting, the axe will fall. Not only does Dunga want to win everything, he pretty much has to. 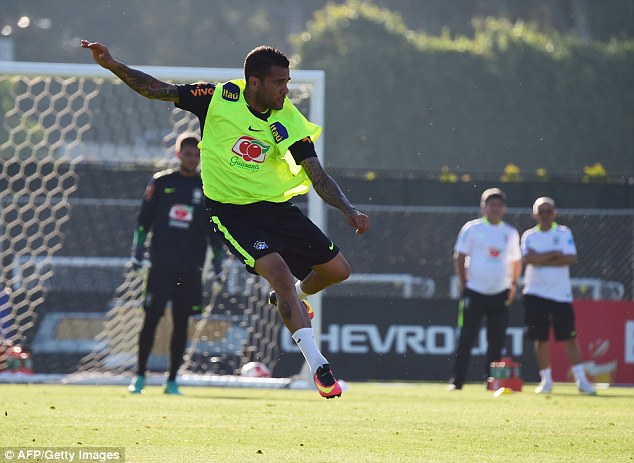 Dani Alves works with the Brazil side ahead of games against Ecuador, Haiti and Peru in Group B