Call for veterans to attend funeral of Dunkirk survivor, 99, who escaped the beaches in 1940 and after 40 years of happy married life became Britain’s oldest person to change sexes when he became a woman called Louise

A Dunkirk survivor who later became the oldest person in Britain to change sexes has died at the age of 99, prompting requests from friends for veterans to attend her funeral.

Louise Jennings, from Sheffield, was 20 when she was called up to the army as Robert.

She was rescued from Dunkirk alongside 12 other soldiers during World War II, where she served as a sergeant.

Her funeral will now be held at Beauchief Abbey in Sheffield on Friday, January 4 and friends have asked for people with military connections to attend.

Dunkirk survivor Louise Jennings, from Sheffield, was 20 when she was called up to the army as Robert. At 70, she became the oldest person in Britain to undergo gender reassignment surgery

While at Dunkirk as a sergeant, she led 20 troops during the evacuation.

She had been called up to the Army in 1939 and was part of the intelligence team in the Durham Light Infantry 10th Battalion.

Louise spent the bulk of the war up to that point helping frontline troops from a base at Walworth Castle, near Darlington.

She said: ‘When we got to France we were lined up and started to walk inland.

‘But when we got a few miles from the sea, it was ‘halt-turn about and march back’.

‘We had to get back to Dunkirk. I was extremely tired and extremely hungry. God knows what we were doing there.

‘There was no use being scared. I was very lucky – I could have been involved in all sorts of things, but I wasn’t.’

The then-male soldier collapsed from exhaustion against a massive boulder before having to row out to a British destroyer warship waiting to pick up the troops. 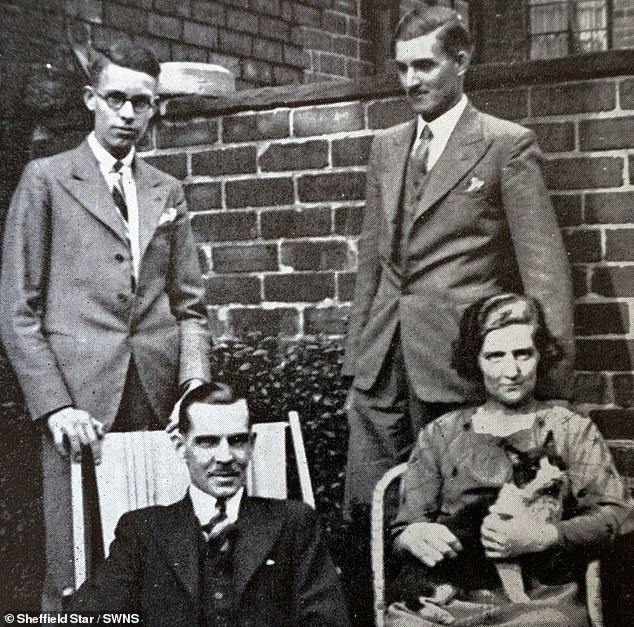 Louise, then Robert, far right with older brother John, father Arthur and mother Ellen. Louise served as a sergeant and led 20 troops during the evacuation of Dunkirk

Louise lived as a man for the first 70 years of her life, happily married to wartime sweetheart Edith for more than 40 of those years.

Though she was happy, she always knew something wasn’t quite right and after her wife died of cancer in 1989, she decided to act on feelings she had kept secret for years.

She said: ‘I have always regarded women as superior. As a man I considered myself inferior to women.

‘I took the decision not long after Edith died – I don’t think I spent a long time thinking about it. I rather felt that I was wrong anyway.’ 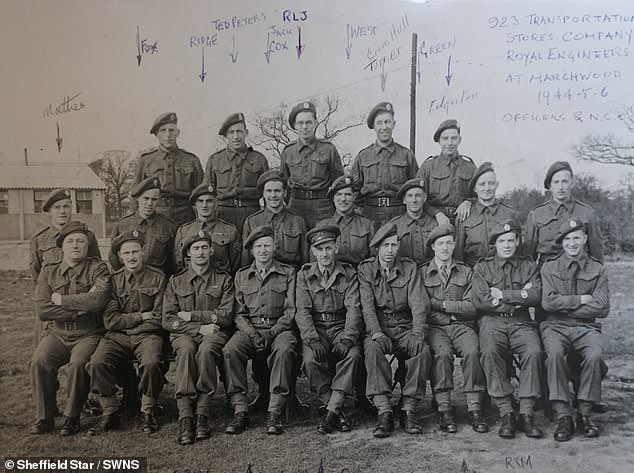 She was also a talented artist, working with paint and sculpture in a range of styles.

Her home is full of sketches and models for bigger pieces, and many of the originals are on display around Sheffield.

Among that number is a painting of Dunkirk, which hangs in the city’s Graves Gallery.

The piece captures the sheer mass of people on the French coast, with the boats in the water lit up by gunfire in the sky.

Louise, who did not have any children, has exhibited work as far away as San Francisco.