Ecuador battled back from two goals down to keep their hopes of reaching the quarter-finals of the Copa America alive.

Goals from Enner Valencia and Miller Bolanos rescued a 2-2 draw for Gustavo Quinteros’ side, who had fallen 2-0 behind after early strikes from Christian Cueva and Edison Flores.

The result leaves Ecuador on two points from two games, while Peru now have four points ahead of their final group game against Brazil, who thrashed Haiti 7-1 earlier in the evening. 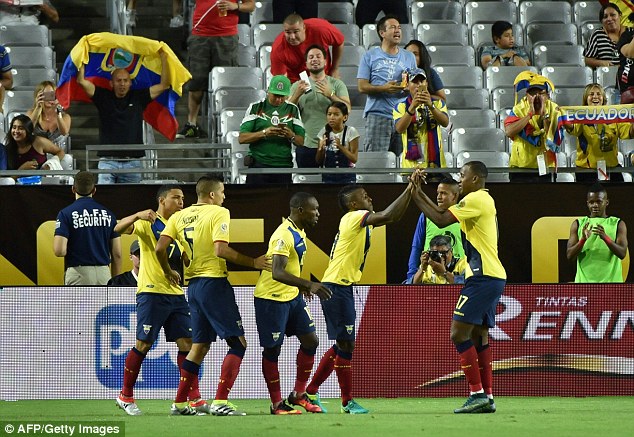 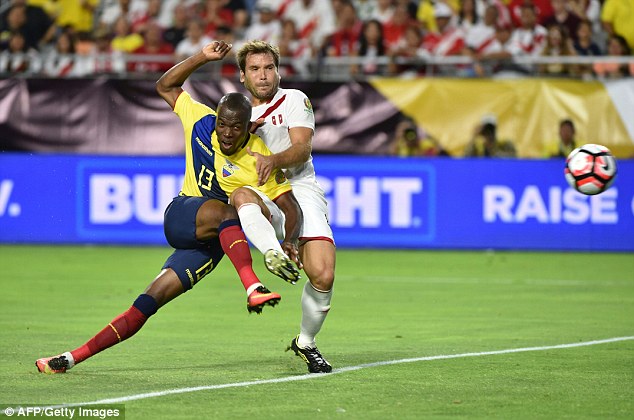 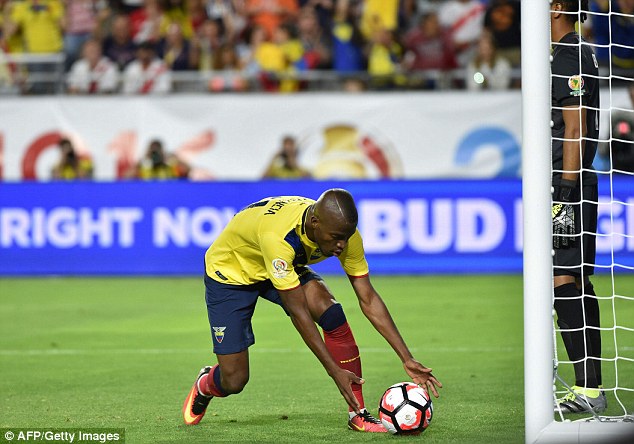 Paolo Guerrero, Peru’s all-time leading goalscorer, came close to opening the scoring inside 50 seconds but saw his shot saved by Alexander Dominguez after he was played in by Flores.

But it didn’t take long for Dominguez to be beaten as Cueva tucked the ball through Gabriel Achilier’s legs before firing a low shot out of the goalkeeper’s reach and into the back of the net.

Ecuador were struggling to get into the game and it took just eight more minutes for Peru to double their lead when Flores pulled off a clever turn on the edge of the box and drilled the ball into the far corner.

Renzo Revoredo could’ve made it 3-0, but he headed a free-kick wide when he really should’ve hit the target and tested Dominguez.

Eciador got themselves back into the game in the 38th minute when Premier League duo Antonio and Enner Valencia combined for their first goal of the evening.

The Manchester United winger picked out his namesake with a lofted ball which the West Ham forward controlled on his chest before lashing a volley beyond Peru keeper Pedro Gallese. 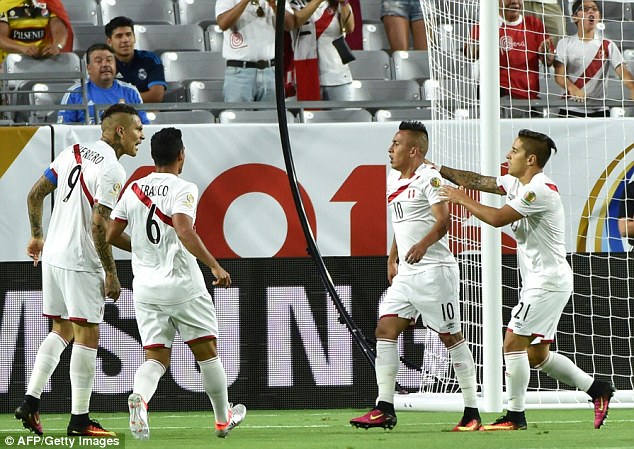 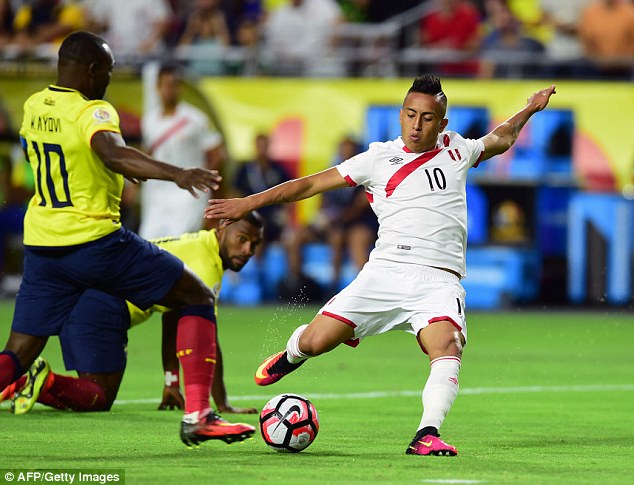 And Ecuador needed just three minutes of the second half to find an equaliser, as Jefferson Montero found himself in space on the left before picking out Bolanos who finished into an empty net.

Swansea winger Montero tested Gallese with a powerful strike in the 58th minute, while Jaime Ayovi also called him into action with a shot in the 70th minute.

Both sides pushed for a winner, but Ecudaor ended the game with 10 men after Achilier received a second yellow card shortly before the full-time whistle. 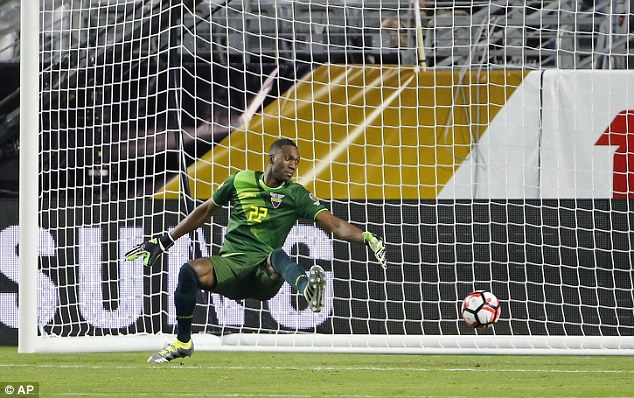 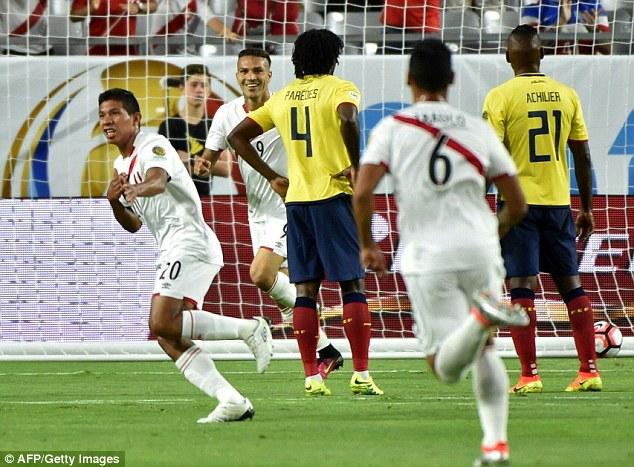