‘Quite lumpy!’: Eddie Howe admits the price for Argentina World Cup star Enzo Fernandez will be sky high after Alan Shearer joked Newcastle should sign him… before hinting it can be dangerous to sign players off the back of good tournaments in isolation

Eddie Howe says Newcastle would not use the World Cup in isolation as a means for recruitment – and admits the asking price for young player of the tournament Enzo Fernandez will now be ‘quite lumpy’.

Club legend Alan Shearer joked following Sunday’s final, in which Fernandez and Argentina triumphed on penalties, that the midfielder would look good in black and white playing against Bournemouth in the Carabao Cup on Tuesday.

The 21-year-old has been linked with a move to Liverpool in recent weeks and reports from Portugal suggest Benfica have set a £100million asking price. 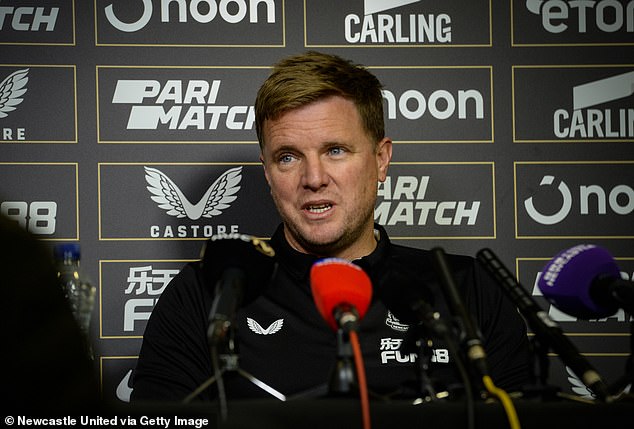 Newcastle are in the market for a holding midfielder – and Fernandez fits the bill – but Howe said: ‘I’m aware of him, and I know him. But I think the transfer fee might be quite lumpy.’

Of Shearer’s comments, the head coach added: ‘I didn’t hear that, I apologise to Alan, I think I was on the other channel! That’s a mistake on my part.’

Howe held a transfer meeting with the club’s owners and sporting director Dan Ashworth during their recent mid-season break in Saudi Arabia. While the Magpies are not expected to be as active as the previous two windows, in which spending topped £200m, Howe is still pushing to strengthen his side.

However, he insists that signing players off the back of a good World Cup alone can be a dangerous pursuit. 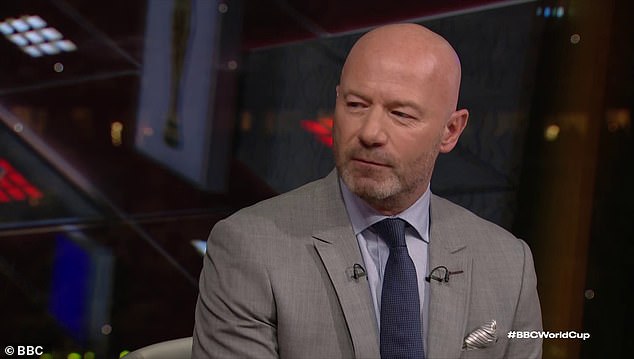 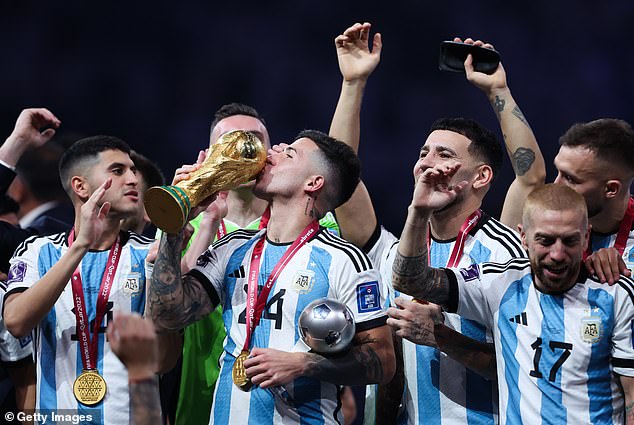 ‘From a recruitment perspective, I don’t think you ever just analyse the World Cup and sign a player off the back of those performances,’ he said. ‘There is a huge body of work goes into signing those players and it is never just off four weeks.

‘That’s not to say we won’t use the World Cup as a recruitment tool and look at players. But just solely on those games, we wouldn’t do that.’

Meanwhile, Howe has given an update on the fitness of strikers Callum Wilson and Alexander Isak.

‘We are still in the same situation with Alex,’ he said, with the £60m frontman recovering from a thigh injury. ‘We are assessing him day by day and want to make sure that, when he returns, he comes back in the best possible condition. With Callum, I have never said there is an issue with him. So yeah, he’s fine.’