Media identity Eddie McGuire has taken aim at David Koch for implying that AFL legend Mick Malthouse had racist motivations in calling for an end to the sport’s annual game in China.

Collingwood president McGuire had a long association with Malthouse, having hired him as Magpies coach in 2000, and was furious at Koch’s weekend comments in which he accused the three-time premiership coach of wanting to ‘bring back the White Australia policy’.

On his Triple M radio program on Monday, McGuire said Koch’s comment ‘was a step not too far, but about 200 steps too far.’

‘I hope that Kochie looks back on that and says ‘you know what, I might’ve just acted a little bit irrationally on that one and I retract’.’ 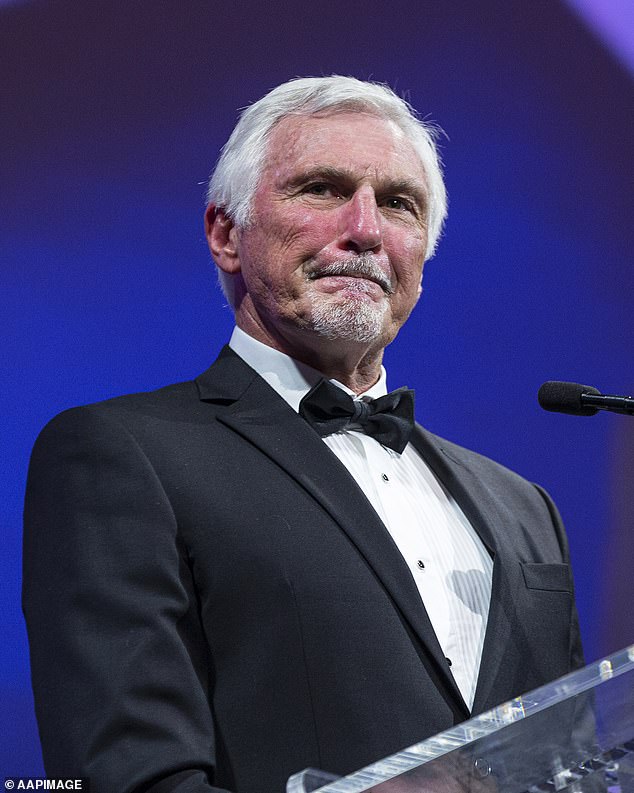 Several other identities also expressed their anger at Koch’s comments.

Malthouse last week said the annual game in China, which Port Adelaide had pioneered under Koch’s presidency, should be called off in the wake of the spread of the coronavirus.

‘The last thing we need to do is sell our soul, and I think most people are seeing that. I’m not anti-Chinese. Am I anti-Chinese government? Yes I am,’ Malthouse said.

‘I don’t think we should be seen to be selling our soul to a regimen that clearly has different values than we do.’

Koch replied by saying that Malthouse had ‘no expertise’ on the topic and followed with a scathing criticism of the former AFL coach.

‘(China) are our biggest trading partner, our biggest customer… and using football to build a bridge with China through community and trade has become really important,’ Koch said.

‘So Mick Malthouse doesn’t know what he is talking about and with comments like that – if it was up to Mick Malthouse he’d bring back the White Australia policy of the 1950s.’

McGuire took exception to the ‘slur’ from Koch and made it known on his radio show.

‘One of the things I deplore is as soon as anyone’s got a different point of view is to be called racist, misogynistic, boys’ club, anything like that,’ he said.

‘I can tell you straight up that there’s not a racist bone in Mick Malthouse’s body and he’s a broad-thinking man.’

McGuire cited Malthouse’s long track record of mentoring players from a variety of backgrounds to become stars in the AFL.

‘He has done so much to look after indigenous Australians and indigenous footballers and players from all walks of life,’ he said. 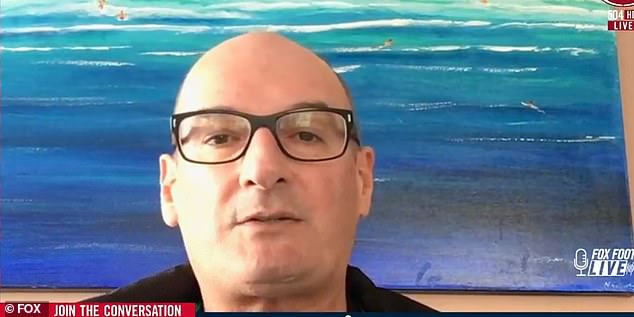 Koch (pictured) said Malthouse would ‘bring back the White Australia policy of the 1950s’ if it were up to him, causing McGuire to hit out at the media personality

‘He’s a very generous man when it comes to people who come from lower socio-economic backgrounds from all sorts of areas who come into the club whether they could read or write or they were geniuses.’

Malthouse also hit back at Koch, saying the TV host’s comments were ‘very offline’ and he had financial motivations for wanting the China game to continue.

‘Money speaks, and we know it does, and that’s what I’m saying about the AFL at the moment,’ Malthouse told the ABC.

‘We’ve got to get our game in order. I don’t think taking the game out of Australia, particularly to a communist place that gives us absolutely no respect.

‘Kochie can say whatever he likes. But they are there for one reason only, and to deny it is ridiculous.’

‘What a gutless slur David Koch regards ‘white Australia policy’ and Mick Malthouse. He was talking about a (one) football game not endorsing a racist policy akin to apartheid,’ he wrote. 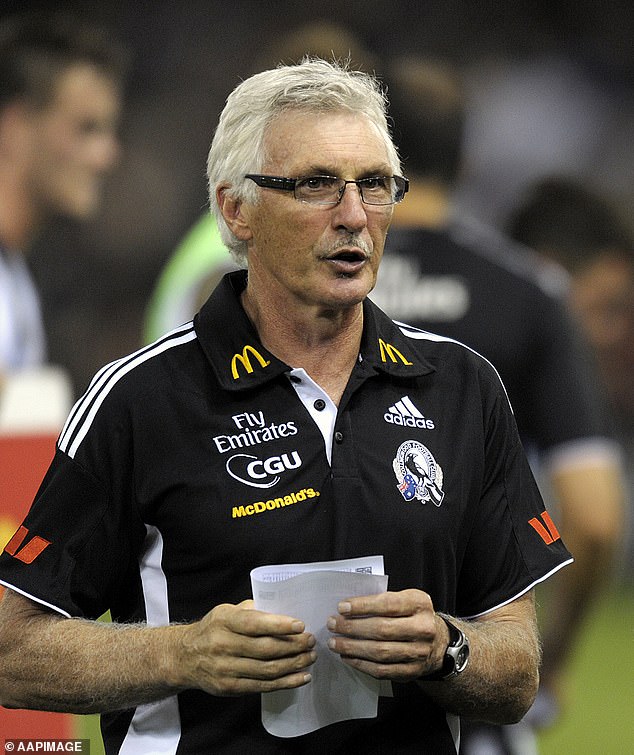 ‘I couldn’t care less whether @PAFC plays in China or not. Good luck to them if they make a few bucks,’ he wrote.

‘But Chairman David Koch’s comments about Mick Malthouse were unedifying.’

In 2014 the Port Adelaide Football Club announced it had begun a relationship with China to help ‘break new ground’ and find ‘the financial strength needed to build a premiership culture’.

‘With two major-level sponsors a direct result of its engagement in China, regular elevated interactions with significant government figures, protagonists in the AFL’s first in-season matches in Asia, Port Adelaide is well placed to realise its ambition to become a global brand,’ the website read.