Chelsea and Tottenham shared the spoils in their pre-season friendly at Stamford Bridge as the away side pegged them back to earn a 2-2 draw.

Steven Bergwijn and Lucas Moura were both on target to cancel out Hakim Ziyech’s double, despite the Blues looking like they might run away with it in west London.

While it was only a pre-season clash, there were plenty of talking points and things to look out for with Thomas Tuchel looking to turn his Champions League winners into Premier League title contenders, while Nuno Espirito Santo continues to whip his new side into shape ahead of the season opener.

Sportsmail takes a look at eight things we learned as the two Premier League rivals went head to head.

Did somebody tell N’Golo Kante this was a friendly tonight? It seems the Frenchman doesn’t care what game he’s playing in – he leaves the pitch with an empty tank regardless. The midfielder was absolutely everywhere.

He played a crucial role in their Champions League triumph and he’s set to be pivotal when it comes to Chelsea going for another Premier League crown.

We know how big Kante is when it comes to breaking up play but here he was also one of the chief creative forces – making huge tackles but immediately pushing forward to get attacks going. 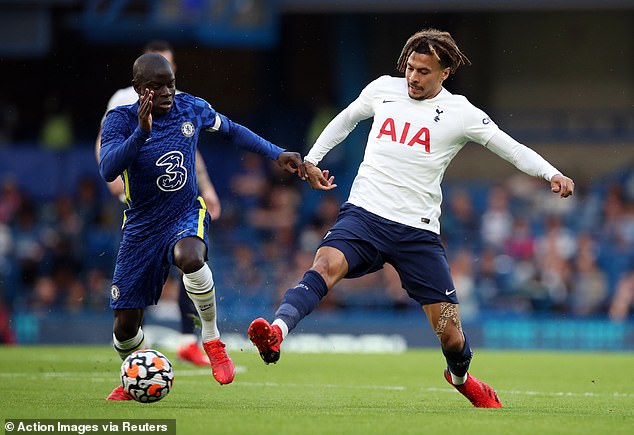 That was most evident in Chelsea’s opener as he got down low to win the ball of Lucas Moura on the half way line, before skipping towards Tottenham’s box and giving the ball to Ziyech for his long-range strike.

Kante has proven that he almost guarantees success for whichever team he plays for and as long as he stays fit Chelsea should be right up there challenging for their first title since 2018.

Has Hugo been ousted?

No Hugo Lloris on Nuno’s teamsheet once again and the signs are ominous for the long-serving France captain.

Lloris is back in training after his Euro 2020 campaign with Les Bleus but hasn’t started any of Tottenham’s three pre-season matches, with Joe Hart, Alfie Whiteman and now new signing Pierluigi Gollini all deployed in between the sticks.

The veteran shot-stopper was on the bench for the 3-1 win over MK Dons last time out, with Whiteman in goal instead, but Lloris wasn’t even in the matchday squad for the game against Chelsea as Gollini was handed his debut. 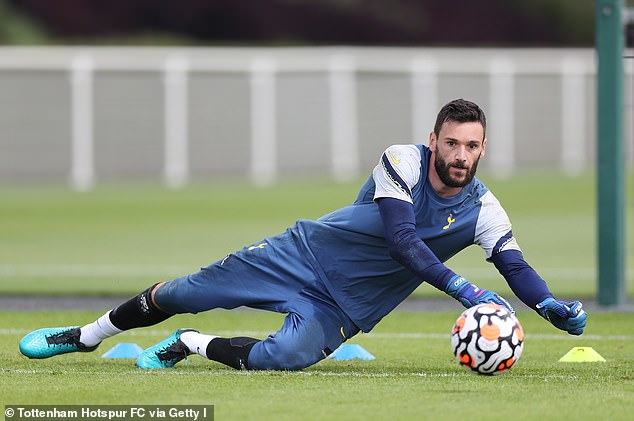 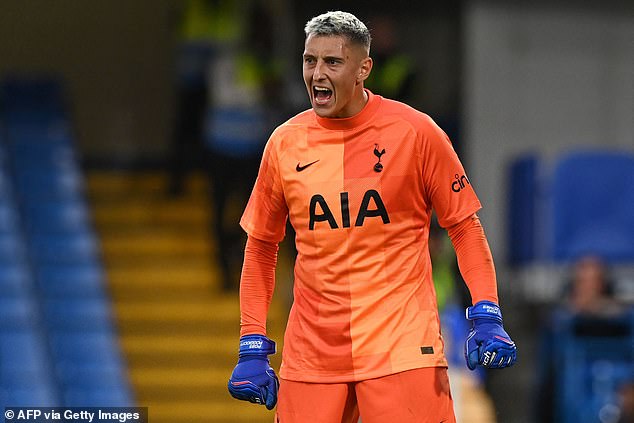 The last thing you want is for a new signing to be handed a chance against a big club – even if it is a friendly. It doesn’t exactly signal huge respect to an experienced player who is closing in on a decade at the club.

To be fair to Gollini – who is on loan from Atalanta – he made a handful of impressive stops to keep the score modest, saving from Werner and Ziyech, and allowing Spurs to recover before hauling themselves level later on.

Nuno will have to make a huge decision if he opts for Gollini in the pre-season opener against Man City, but with just one more warm-up match to come against Arsenal, it seems unlikely he would suddenly hand Lloris the gloves.

Time for Ziyech to step into the spotlight

Ziyech’s Chelsea career has been severely disrupted by injuries – he was out from last pre-season to October with a knee problem then was ruled out again in December with a hip issue.

He never really bounced back after linking up with the squad again despite the fact he still managed six goals from 39 appearances in all competitions. Now is the chance for him to kick off from the get-go after he shone so brightly against Spurs.

Ziyech played just behind Werner and looked comfortably in the central area despite having the ability to play on either flank. This is where Chelsea are likely to get the most joy out of him, although he’ll be battling for that position with Mason Mount. 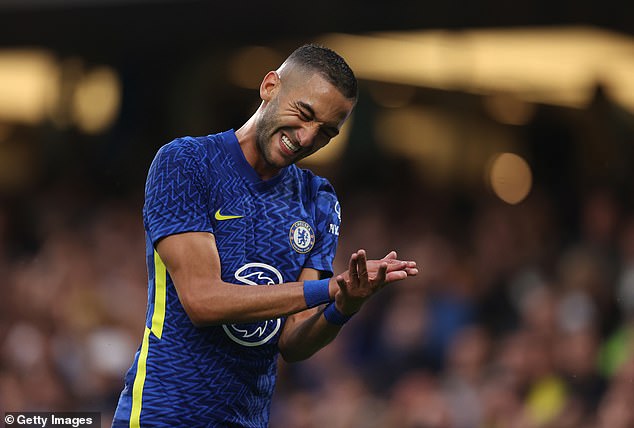 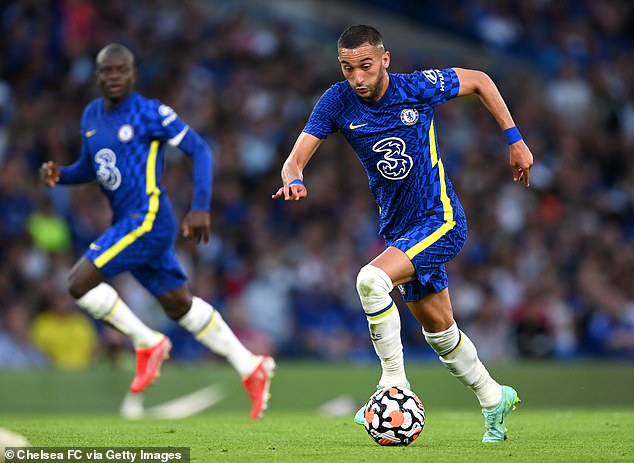 For Thomas Tuchel, this is a good problem to have and he’ll be looking to switch the pair around and get them linking up together fluently. Ziyech arrived from Ajax with a huge reputation and a £37m price tag but this can be a soft reboot for him after his brace at Stamford Bridge.

He’s shown his boss how important he can be for the team, now he just needs the chance to showcase it when it really matters.

Is there life after Kane?

We’ve seen Son Heung-min step up so many times after Harry Kane has picked up an injury during the season and the burden was on him here to lead the line with the club’s talisman going AWOL this summer.

The South Korean has pledged his future to the club by signing a new deal and could be the man to fill the void through the middle should Kane get his big-money move to Manchester City. 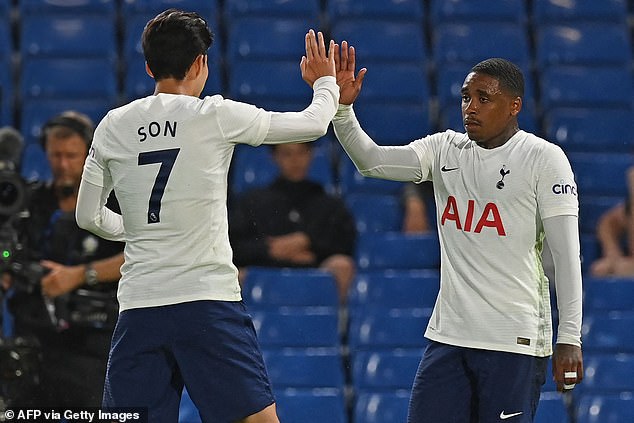 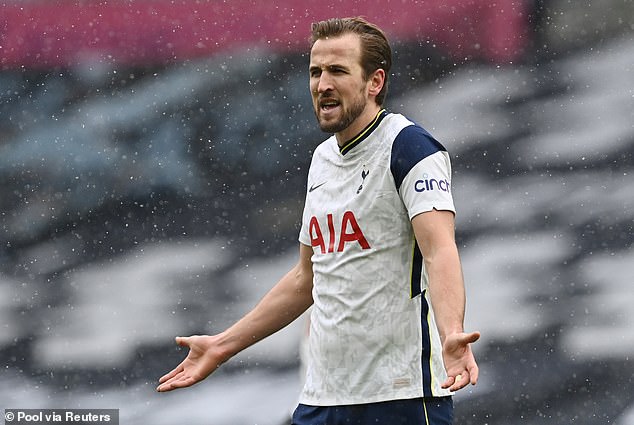 Should Kane get his move to City, Nuno Espirito Santo must wisely reinvest the huge sum

But interestingly, it was the wingers who delivered on the night at Stamford Bridge as Lucas Moura’s deflected strike found its way in, before forgotten man Steven Bergwijn slotted home the equaliser from an angle.

Son himself had a huge chance to get on the scoresheet after having the goal at his mercy just after the break – only to be denied by a superb tackle from Trevor Chalobah.

It was a promising display from the frontment during a time when there is so much scrutiny on Tottenham and the prospect of being without their star striker. Of course, Espirito Santo will have to find a new marksman should Kane head out the door, and put the likely sum of £150m to good use.

Alli still has work to do

Turning over a new leaf at Tottenham is going to be challenging for Alli as he looks to resurrect what was a promising career, but appeared to be making all the right steps after starting each game of pre-season under Nuno.

He found the net against both MK Dons and Colchester to make a real claim for first team football. Against Chelsea, the midfielder was not at his best – with a weak pass gifted straight to the opposition setting the tone for a flat display as he was given the runaround by Kante.

He did grab an assist as he provided for Lucas Moura before he scored Tottenham’s first of the night, but other than that he struggled to assert himself on the ball and add any threat to the team’s play as Chelsea grabbed the initiative. 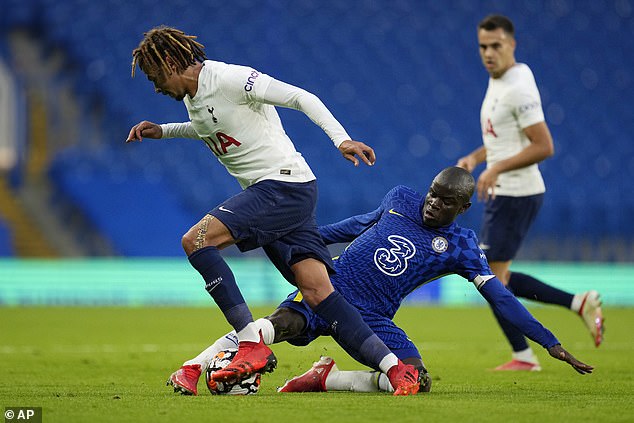 But he still managed to play the full 90 and looks to have the backing of new boss Nuno, so the future looks bright for Dele.

But he must seize the game by the scruff of the neck and make things happen when the season kicks off if he is to rediscover the form that saw him tipped as a star of the future.

Lukaku would be an upgrade on Werner

It was all eyes on Timo Werner after such a hit and miss season in the last campaign, and the German failed to get on the scoresheet once again despite a slightly positive display from him.

The former Leipzig man had a handful of opportunities but he struggled to properly work Spurs goalkeeper Gollini after getting in some promising positions.

He’ll be coming under pressure now, because Chelsea have been linked with a sensational return for Romelu Lukaku and he didn’t exactly show the club that they would be better off without spending the £100m Inter have quoted for him. 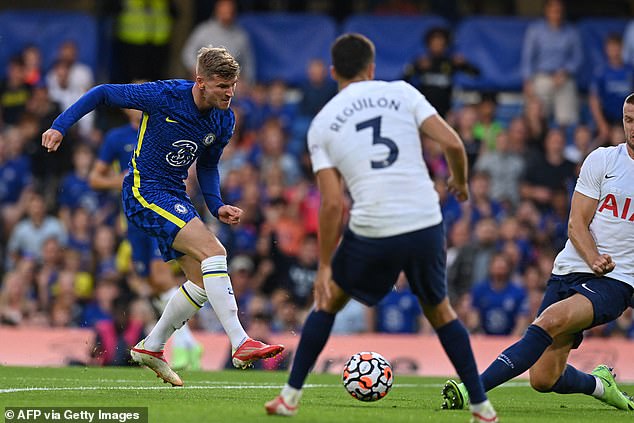 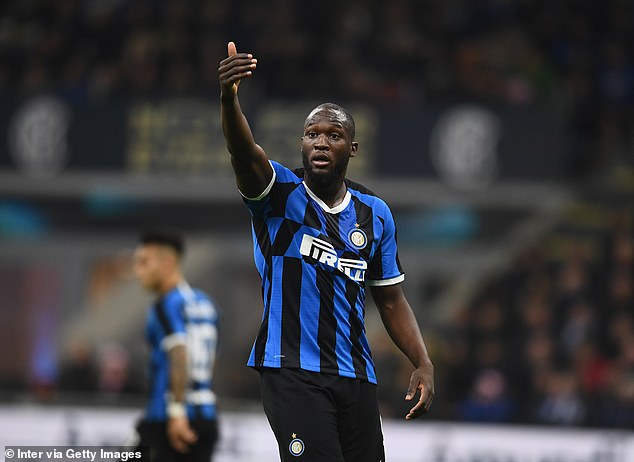 As things stand, Romelu Lukaku would be an upgrade should Chelsea seal a stunning return

Chelsea desperately need a striker that can guarantee 20+ goals a season if they are to have any chance of winning the title, and Werner still looks nothing like the world beater he was in the Bundesliga.

The Blues created a lot of chances against Spurs and were pretty free-flowing in their attacks, they just need a hungry goal-getter to slot those chance away. Lukaku, who has 64 strikes in the last two seasons, would offer that – as well as a physical presence to hold play up involve other players.

With Toby Alderweireld out the door, who is the man in the middle who is going to organise the back line after so many torrid displays last season?

The defence is the weakest aspect of Tottenham’s team and now the Belgian has gone to Qatar, Spurs need a new figurehead at the back and the arrival of Cristian Romero could not come any sooner.

Espirito Santo’s men look questionable defensively at times against Chelsea as Ziyech was allowed to bomb forwards unchallenged for the first goal while the marking was all over the place for his second. 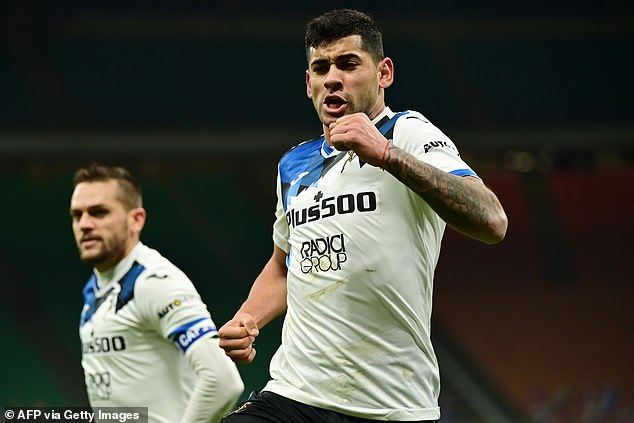 Romero – voted the best defender in Serie A last season – should bring huge improvement to Tottenham’s defence as talks reach an advanced stage, but who will he partner? Tanganga has looked decent in pre-season, while Dier is determined to right the wrongs of last season.

Spurs might need another name through the door, but with Gollini coming in behind them, Nuno is making it clear he wants to ring the changes at the back.

Football fans, we missed you

The biggest talking point off the pitch was the presence of supporters once again at Stamford Bridge. We went nearly an entire season without fans in our football grounds and it was great to hear the Blues faithful making noise now that freedom day has passed.

The Bridge wasn’t totally full but the supporters gave us a glimpse of what we can expect next season – as well as reminding us why we love crowds so much at games. Early on in the game, the home support had started taunting Spurs by crying out: ‘Where the f*** is Harry Kane?’

Even in a pre-season friendly, Chelsea showed they enjoy winding up their bitter rivals and they even got the ‘olays’ going before the half time whistle had gone.

Chelsea were so dominant in the first half that it looked impossible for Spurs to come back into it and the fans were cheering for every pass – although it turned out to be premature as the away side battled their way back into the contest.

Ultimately, it was just a huge boost to hear the chants and singing again instead of echoes around an empty stadium where all we could hear were players and coaches shouting and the booting of a ball.