Hilary Watson, 63, passed away on Wednesday night after she was first diagnosed with the illness in October 2017.

She was declared cancer free following chemotherapy, radiation, and a six-hour surgery to remove the tumor seven months later.

However the cancer returned two months later and she underwent further treatment.

Eight-time major gold champion Tom Watson paid tribute to his wife who died Hilary following a two year battle with pancreatic cancer. The couple are pictured above in 2014 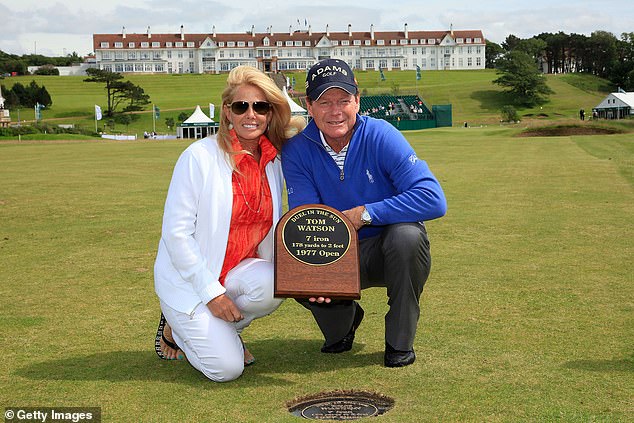 Hilary Watson, 63, passed away on Wednesday night after she was first diagnosed with the illness in October 2017

‘The void she leaves will be filled by memories which will always remain as they leave indelible marks on our souls which we will never forget,’ Tom Watson told Golf Digest through a text message.

‘She said she was dying to live, not living to die throughout her entire ordeal with her cancer. She’s my hero.’

Despite her diagnosis, Hilary wanted to follow her love of cutting, a type of equestrian sport that derives from ranching.

She finished fourth in the National Cutting Horse Association amateur rider of the year event after undergoing surgery to remove her tumor at the Mayo Clinic.

‘I keep popping up where people are thinking, ‘What are you doing? Why are you here?’” Hilary told the Kansas City Star newspaper in 2018.

‘I think that’s what kept me going through all of that, having those shows and being enthusiastic and excited about doing something.

‘Whether I’m feeling good or not, I was going to still get on that horse. And have some fun doing it. That’s been a godsend for me.’

Meanwhile, Tom Watson had claimed he was excited about spending more time with his wife when he completed his last Senior Open during the summer.

Watson said at the time: ‘Really happy now doing something a little bit different with my life. 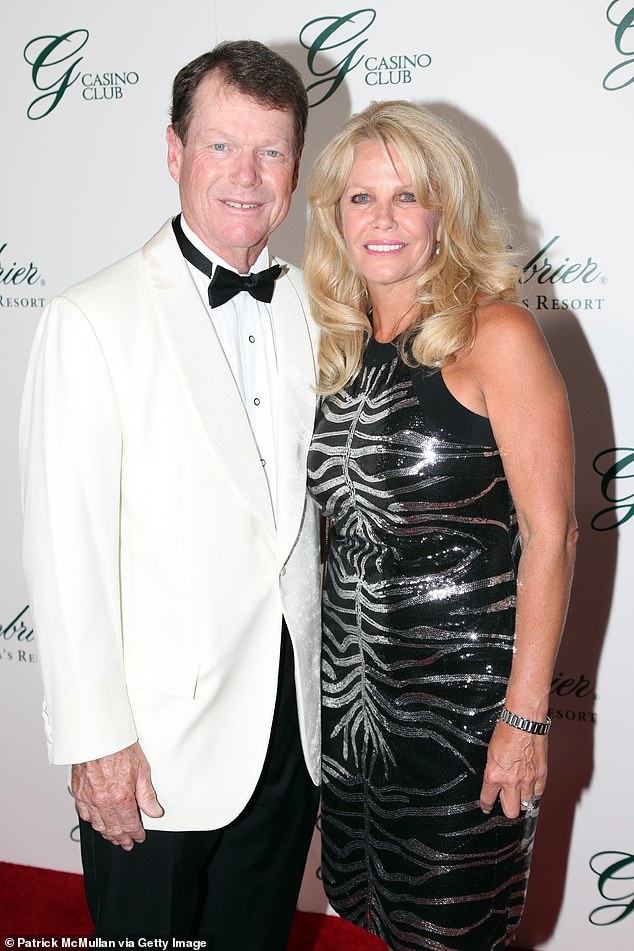 Despite her diagnosis, Hilary, who was born in Zimbabwe, wanted to follow her love of cutting horse, a type of equestrian sport that derives from ranching. The couple are pictured at the opening of a casino club at the Greenbrier in West Virginia in 2010 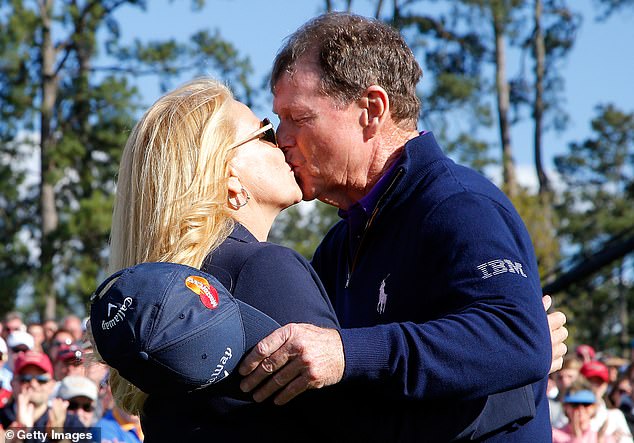 Watson has won 39 events on the PGA TOUR, including two Masters and a U.S. Open and a remarkable five British Opens. He described his wife as ‘my hero’ as news emerged of her death

‘Tom will tell you that Hilary was his hero. … and for many reasons. How these two people dealt with the devastation of the worst that cancer can muster up is truly an inspiration to us all,’ Bishop was reported by PGA Tour as saying.

‘Hilary was a beautiful woman who was also one of the fiercest competitors who ever lived.

‘Tom is an eight-time major champion golfer, but more so a man who has always dealt with adversity in amazing ways. It’s a sad day, but Hilary’s fight is over and she leaves us with many beautiful memories.’

Watson has won 39 events on the PGA TOUR, including two Masters and a U.S. Open and a remarkable five British Opens.

He was named PGA Player of the Year six times, and the leading money winner five times.

The world golf hall of famer  was born in 1949, in Kansas City and graduated with a degree in psychology.