Elementary students dress as Hitler and give Nazi salute

The principal of a South Carolina elementary school sparked scandal last week, when she posted pictures of two fifth-graders dressed up as Adolf Hitler and giving a Nazi salute on Facebook.

Oktaie Elementary School Principal Jamie Pinckney took the three pictures down within hours, when a handful of people started to post complaints on the Facebook page.

The timing of the pictures was doubly troubling since Saturday marked International Holocaust Remembrance Day.

At first, Pinckney refused to apologize for the pictures, commenting on Facebook only to explain what the ‘wax museum’ project was about.

But she backtracked on Monday to apologize for anyone who was offended by the pictures.

The principal of a South Carolina elementary school sparked scandal last week, when she posted pictures of two fifth-graders dressed up as Adolf Hitler and giving a Nazi salute on Facebook (pictured) 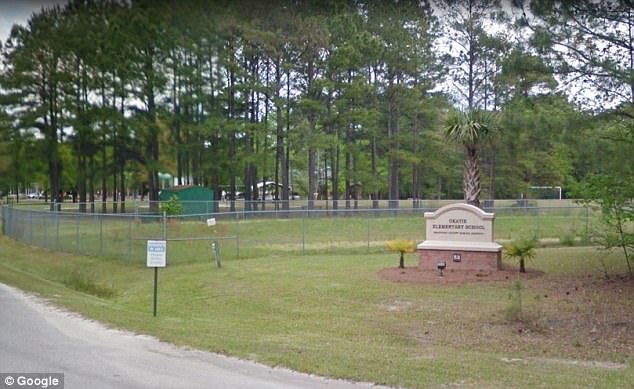 The pictures were taken at a ‘science fair’ type school presentation where students set up poster boards on historical figures and gave presentations on them to their teachers and parents. The school entrance pictured above 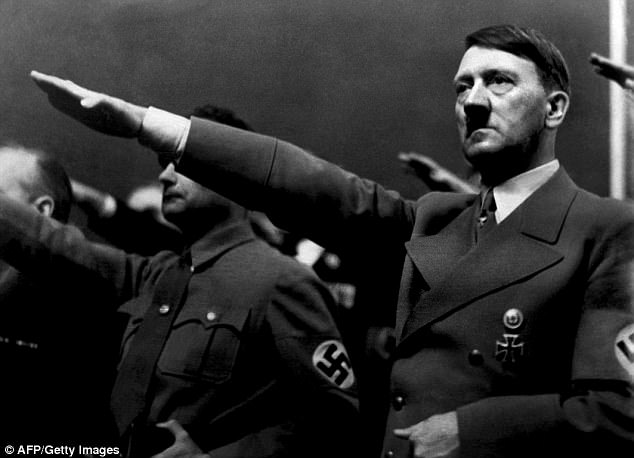 Many took issue with administrators, for designing a project that saw children dressed as the Nazi leader (pictured)

‘I would like to express my sincere apologies to our community members and parents for any pictures that were posted from our “Wax Museum” presentations last Friday that caused any hurt or offense.

‘It is not and was not our intent to sensationalize or glorify the acts of any of the dictators or public figures represented. Thank you for sharing your concerns and issues with me.

‘If I can provide any additional support please contact me directly. History is not always pretty and nice but we hope by teaching our students about the past it is not repeated,’ the principal wrote.

About 90 students took part in the assignment, picking out a member of history with their parents’ help and then making a presentation on the figure at school. Many of the students dressed up as their figures, which includes civil rights and suffrage leaders and past presidents.

The school issued an apology on Monday, three days after the pictures were posted online

Most of the historical figures that the students chose were positive, while others – like Stalin, Mussolini and Hitler – are universally reviled.

Bloom says the principal has reached out to him to organize a meeting.

Critics of the school project were upset with the fact that the students dressed up as Hitler, and performed a Nazi suit, questioning if playing dress up is a good way to teach children about a man who ordered the extermination of millions of Jews.

‘Our KIDS can learn about history without dressing like dictators!!! Hats off to the parents who did not send their KIDS to school that way but still allowed them to learn about controversial history. Okatie staff, you all know better this is not becoming!!!’ Facebook user Dawn Caesar-Burke wrote.

Others defended the school, criticizing anyone who could have been offended by the project.

‘There was nothing wrong with what was posted! These kids did an excellent job!!! History needs to be taught, good and bad. I’m proud my kids attend school here and are learning this! If we want to make the same mistakes again listen the parents that complained and that will happen!’ Shawn Clark wrote on Facebook.

School spokesman Jim Foster refused to answer a question from Island Packet about whether there was value in having children dress up as Hitler for the project.

He did say that no one coached the kids to do the Hitler salute in the pictures, which were taken by teachers and parents.

‘Okatie Elementary and the Beaufort County School District are committed to the thorough and accurate teaching of history, guided by South Carolina’s academic standards. Nazism, the Holocaust and the horrific events of World War II remain sensitive subjects for many Americans, and Principal Pinckney would be the first to agree that posting those photos — particularly without providing any context on students’ historical research about Hitler and his crimes — was misguided and insensitive. She has apologized, which was the appropriate thing to do,’ Foster said.