An exclusive antique jewellery shop in the Queen Victoria Building run by the family of Charlise Mutten’s accused murderer is to shut its doors.

The iconic Martin & Stein store was opened in 1989 by the parents of Justin Stein, who was charged in January this year with the alleged murder of the nine-year-old schoolgirl.

The shop in the heritage-listed QVB in Sydney’s CBD features among its ‘bridal’ jewels on its Instagram page photos of celebrities wearing its jewellery at their weddings at the Stein family’s luxury estate where Charlise was allegedly murdered.

Charlise Mutten was allegedly shot dead at Wildenstein, at Mt Wilson in the Blue Mountains between January 11 and 12.

Primary schoolgirl Charlise Mutten was allegedly murdered while on holiday with her mother Kallista Mutten and her boyfriend on his wealthy family’s luxury wedding property, Wildenstein 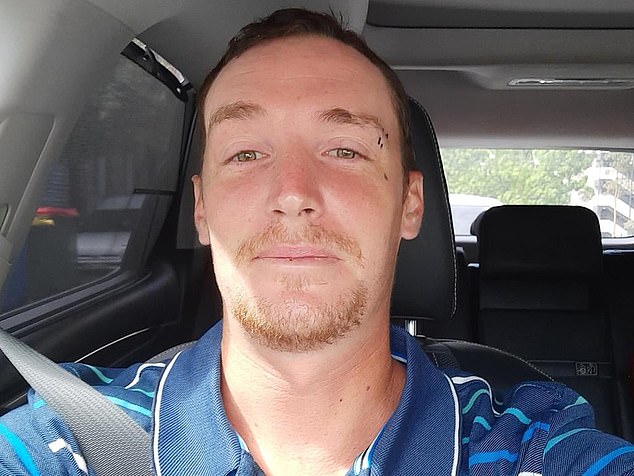 The new charges against Justin Stein were laid following the discovery by police of two firearms and ammunition in bushland near Mr Wilson on February 3.

Police allege Stein placed Charlise’s remains into a blue barrel and in the back of his red utility and then drove it to boat ramps at Five Dock and Windsor before  dumping it on the banks of the Colo River, 65km to the east.

Stein, who was then the boyfriend of Charlise’s mother Kallista Mutten, was arrested and charged with the primary schoolgirl’s murder the same day the barrel was found, on January 18.

Justin is the younger son of Annemie and James Stein Sr who – before a bitter divorce – ran the Martin & Stein store together as ‘an icon of Sydney’s retail scene synonymous with fine antique jewellery and decorative arts from the 1700s’. 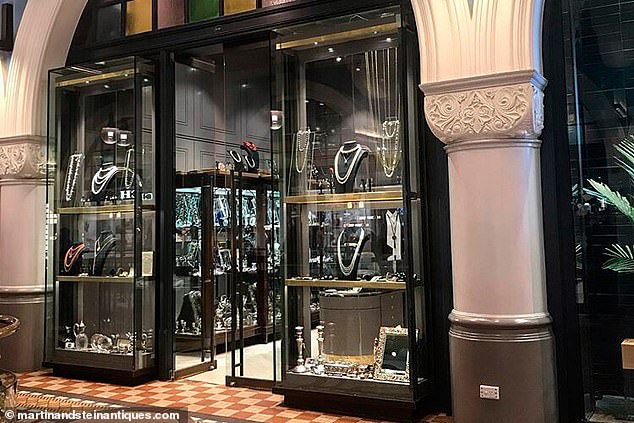 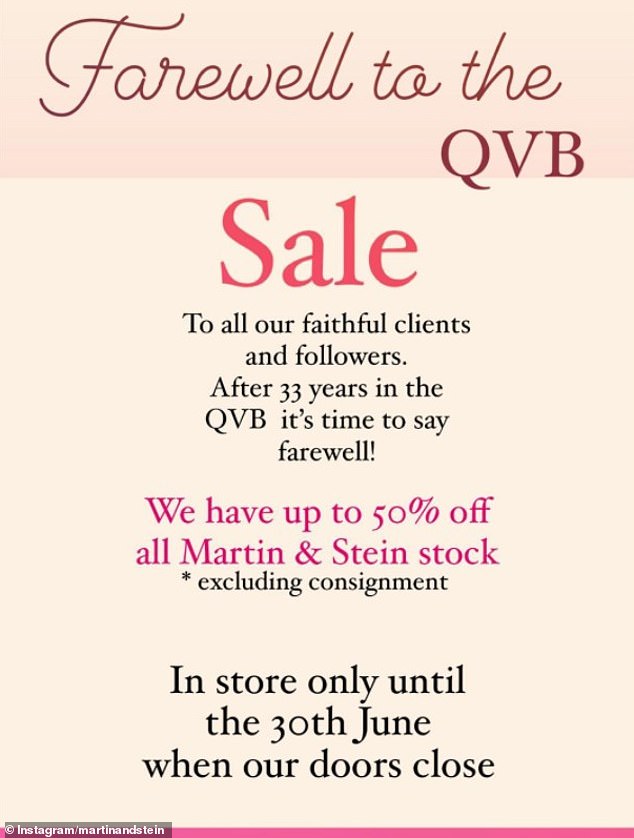 The Steins had previously operated an antiques business in Western Australia since 1972.

The lavish Wildenstein venue, which boasts sprawling park-like gardens decorated with statues, was part of a divorce contest, with Annemie taking possession of the Mt Wilson estate.

After the divorce, James Stein Sr stepped back from Martin & Stein at the QVB, and opened an antiques business in Mt Victoria in the Blue Mountains with New York artist, Bernardo Diaz. 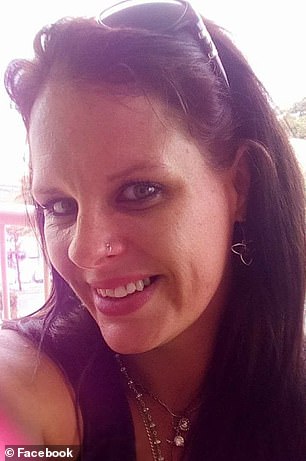 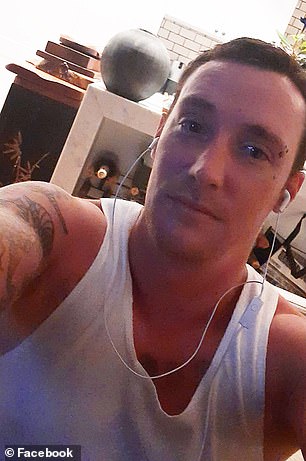 Kallista Mutten (above, left) took her daughter up to the Stein family property Wildenstein on a holiday that ended in tragedy when Charlise died and Kallista’s fiance Justin Stein was charged with the nine-year-old’s murder

The mansion built by the Stein family on Wildenstein, the sprawling estate with an unlucky history, was run as a luxury wedding venue by James Stein Jr before his younger brother Justin Stein allegedly murdered of Charlise Mutten

Martin & Stein Antiques, which has slashed 50 per cent off its jewels worth up to tens of thousands of until its doors close on June 30,  was previously associated with a scandal not of the Stein family’s making.

It is understood it will continue to sell online.

Power became Martin & Stein Antiques’ best customer from 1996 after the then 45-year-old met Justin Stein Sr and his employee Chriss Smith at the store.

Within three years, she would have bought 200 items from the shop, and acquired other luxury goods using embezzled money in a spending spree which brings to mind conwoman Melissa Caddick.

In the late 1990s, unbeknownst to NAB or anyone else, Power set up an intricate web of computer-generated loans totalling $7.6m.

Power’s dressing table photographs featured herself smiling with James Stein and Mr Smith, often with a raised champagne flute, and she later said that visits to Martin & Stein at the QVB came with laughter, compliments, champagne and eventually an exclusive social circle. 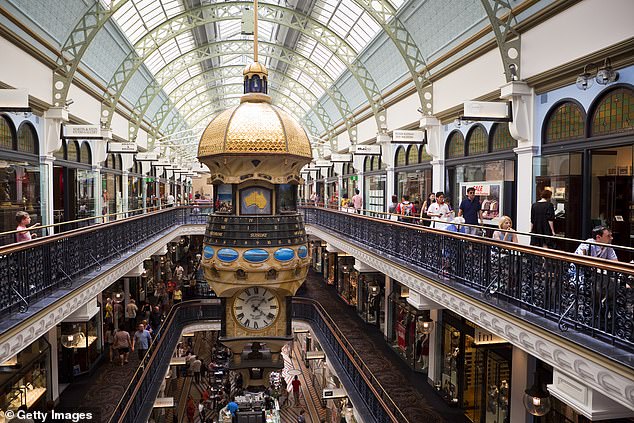 A fixture at the heritage-listed Queen Victoria Building for 33 years, Martin & Stein antiques and fine arts boutique will be closing down on June 30 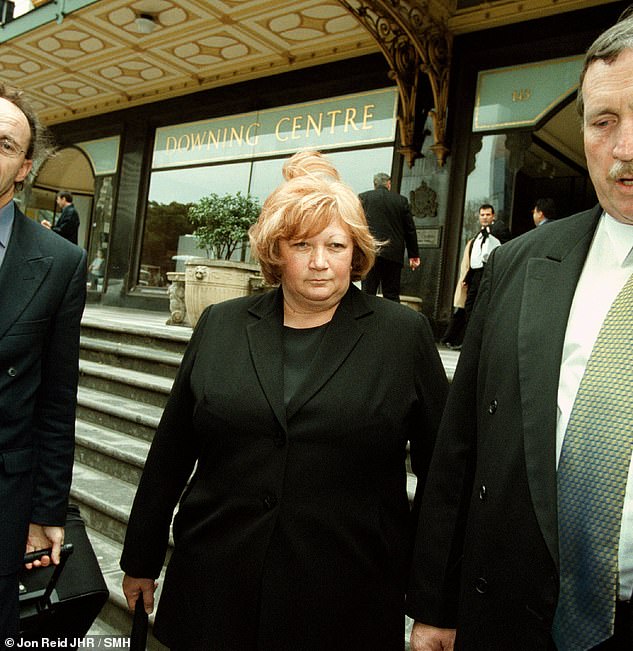 Heather Power (above) who went to jail on 39 fraud charges bought diamonds, a BMW, vintage champagne, paintings, Cartier handbags and dined at smart restaurants over three years of siphoning $7.6m from NAB 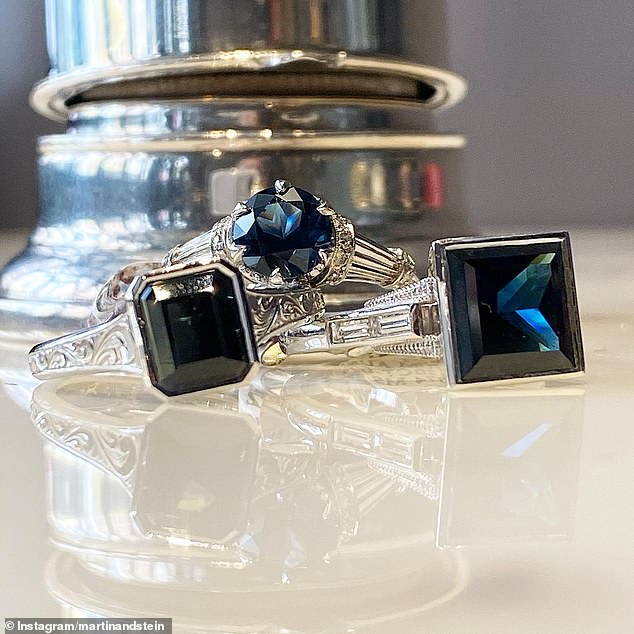 Over three years, NAB bank clerk Heather Power bought 200 items from Martin & Stein and  was taken out to smart restaurants by James Stein Sr and invited to stay and the family’s Wildenstein estate at Mount Wilson.

Daily Mail Australia is not suggesting the Steins nor their antique business or Mr Smith had anything to do with Power’s dishonest actions.

‘I’d walk in on Thursday evening and they would always compliment me on my hair or my make-up or what I was wearing,’ Power would tell Nine newspapers,

‘They always complimented me. It was made to be real fun … and I got swept along with it.’

When police executed a search warrant on the Martine & Stein store, they found a cache of jewels bought by Power but left in the shop’s vault.

Power pleaded guilty to 39 charges of fraud and was sentenced to jail.

A Christies’ valuer took eight hours just to count Power’s diamonds among what was estimated to be the largest private jewellery collection ever auctioned in Australia.

In 2016,  an unhappy Martin & Stein client appealed to the NSW Civil and Administrative Tribunal over jewellery she had bought from the store for $7000.

Sandra Upton bought a pair of sterling silver bracelet cuffs set with black opals in 2006 from the QVB store while she was in England.

In 2015, when Ms Upton took the bracelets to an Antiques Roadshow taping at Walmer Castle, UK, jewellery expert Joanna Hardy said that instead of solid opals, the bracelets were set with ‘opal doublets’, slices of opal glued to a manmade backing and worth ‘very much less than $7000’. 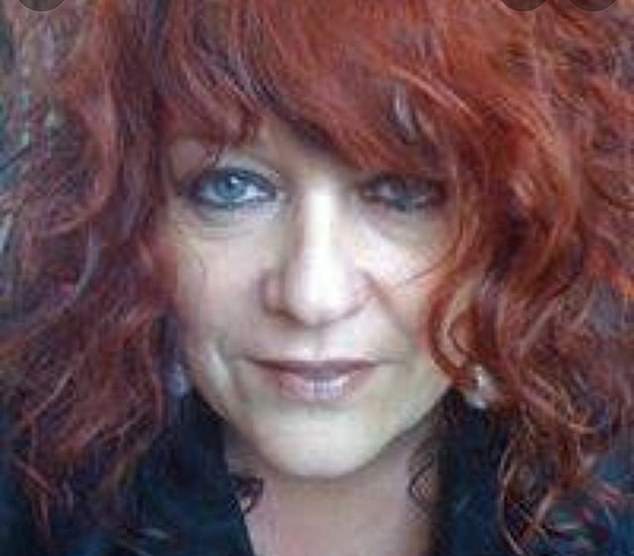 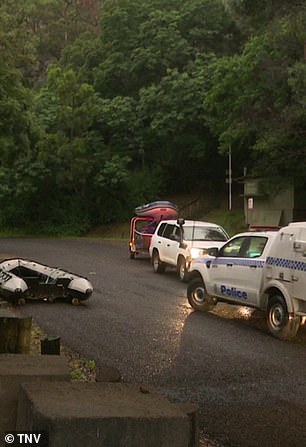 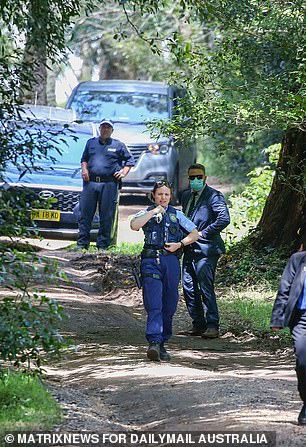 An expert gemmologist confirmed both bangles contained ‘opal doublets’, but when Ms Upton brought it to NCAT it found her ‘claim was brought outside the three year limitation period’.

Her 2016 appeal was dismissed.

As Martin & Stein prepares to close shop, interior designer and event planner James Stein Jr appears not to have operated his wedding business at  Wildenstein since Charlise’s alleged murder.

At the time, the property’s website was targeted with online abuse by users, one of whom posted ‘Heartbreaking, RIP’.

Wildenstein has had somewhat of a jinxed history, with unhappy results for the family since the Steins, who had run an antiques business in Perth,  bought it in 1989, the year before Justin Stein was born. 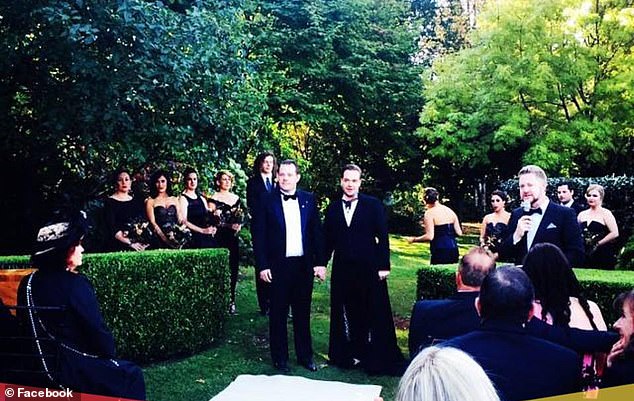 Wildenstein kicked off as a wedding venue after James Stein Jr’s own marriage there to radio announcer Keegan Buzza in 2015 (above, attended by groom Stein’s jewellery store proprietor mother Annemie, left) 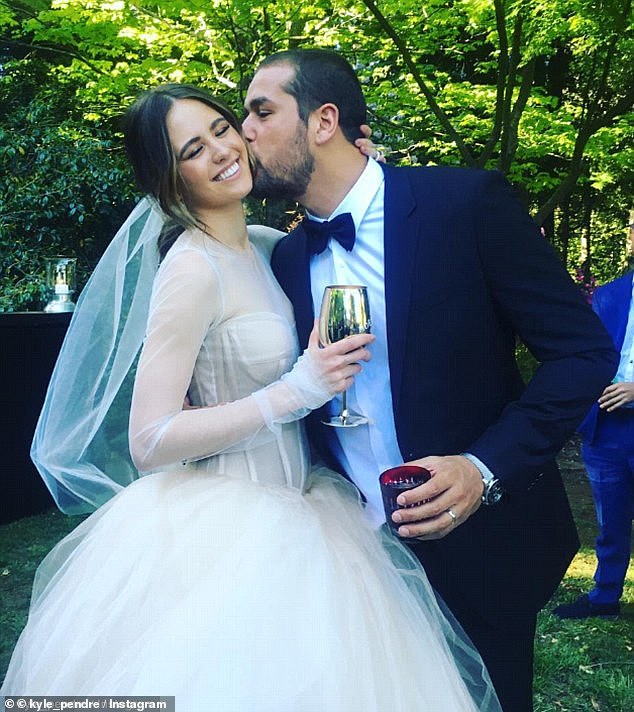 The five-hectare property had only a shack on it and the Steins bought a house in Woollahra, in Sydney’s eastern suburbs and sent their sons attended the exclusive boys’ school, Cranbrook.

At Wildenstein James built the garden, Annemie designed its palatial home, and during the family’s time at Wildenstein, the Steins clashed with the next door neighbours, orchardist John Haitzler and his wife, Carole.

Mr Haitzler, who has more than 200 fruit trees on his property, has a firearms licence which allows him to shoot feral animals such as rabbits and foxes.

A series of claims and counter-claims and legal action between Mr Haitzler and James Stein Sr ensued over firearms and the death of wildlife.

James Stein Sr told a court it had been ‘a 15-year saga of shooting’ which was ‘terrifying’ and that he would be ‘quietly gardening’ at Wildenstein ‘and then you hear gunshot’.

Mr Haitzler won the right to fire weapons on his property ‘to frighten away birds eating his cheery, peach and plum trees’ in a NSW Civil and Administrative Tribunal hearing.

In January this year,  Mr Haitzler told Daily Mail Australia that his wife Carole had seen a car leave Wildenstein with its headlights off at 4.30am on the day Charlise Mutten was reported missing.