Emma Raducanu RETIRES just 33 minutes into her first match back on grass since last year’s Wimbledon, after the US Open champion struggled through just seven games with an abdominal injury

Emma Raducanu’s hopes of gathering momentum in the run-up to Wimbledon were quickly dashed in Nottingham as injury forced her to retire just 36 minutes into her first round match.

The British No 1 gave fans a fright when she called for a medical time-out five minutes into her first round match at the Nottingham Open against Switzerland’s Viktorija Golubic.

Raducanu was seen pointing to the left-side of her rib-cage and a trainer was called to work on the problem area.

Despite being broken in her first service game, she was able to get up and carry on but she looked uncomfortable in the match and decided she could not continue in the seventh game of the match. 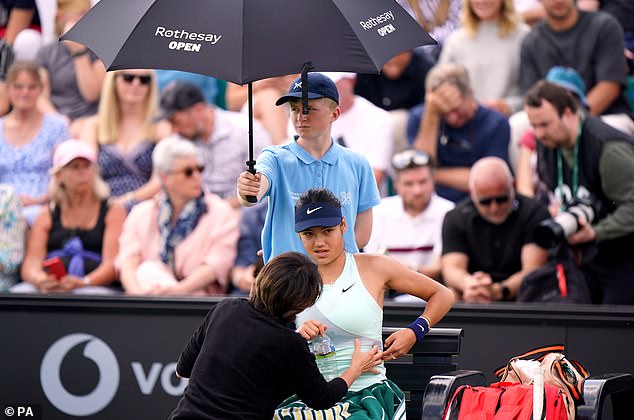