Two women have come forward to claim they suffered repeated sexual harassment at one of Amazon’s main UK warehouses.

The whistleblowers say they were constantly targeted by male colleagues – who would touch them inappropriately and make lewd comments.

They say men would monitor where they were in the warehouse – by following their drop offs – and come over when they were alone.

One worker claims her complaints to HR were ignored, and she was forced to quit due to finding work so uncomfortable. 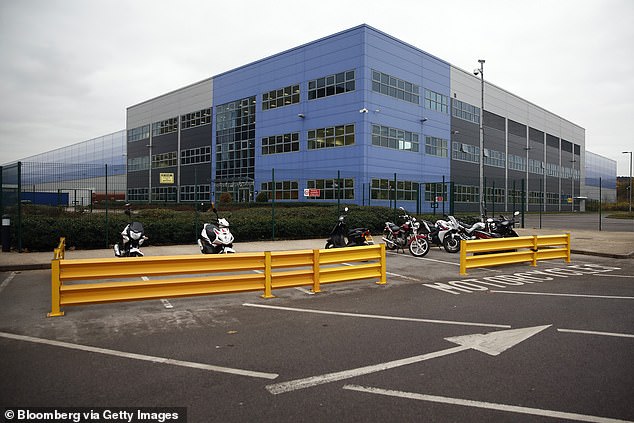 Both say there is a culture of ‘sexual harassment’ at the web giant’s warehouse in Rugeley, Staffordshire (pictured)

Both say there is a culture of ‘sexual harassment’ at the web giant’s warehouse in Rugeley, Staffordshire.

Amazon revealed both cases were subject to ongoing investigations.

The 38-year-old from Walsall, West Midlands, is usually a personal trainer, but started working for Amazon during the coronavirus pandemic.

The mum-of-three claimed: ‘It started with a manager, who was constantly harassing me.

‘The stuff that he was saying to me was disgusting.

‘He was constantly turning up in the aisles I was working in, asking me out, telling me how good I looked.

‘Every time I would turn around he would appear.

‘He found me on Facebook and was messaging me – asking to come over to his house for food.’ 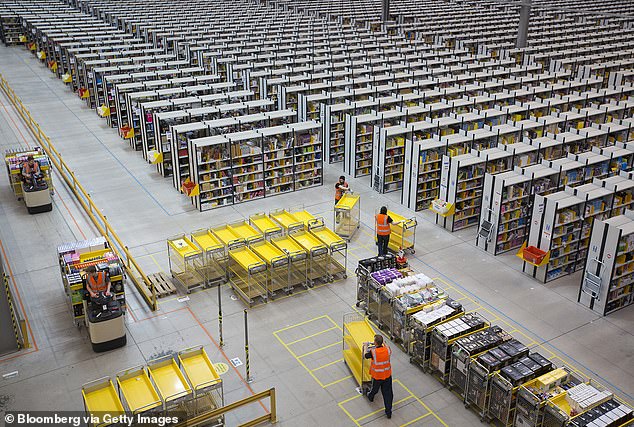 Employees push empty carts as they prepare to process customer orders at the Amazon warehouse in Rugeley, Staffordshire

Another manager – who allegedly harassed the other whistleblower – then started targeting Christina.

‘He would shout down the aisle saying he was going to f*** me,’ she claimed.

‘He would come up behind me, pull his mask down, and kiss me on my cheek.

‘He would give me jobs down aisles that no one else was working, and he’d come down them.

‘He was stalking me all over the building.

‘It was horrendous, I would feel so uncomfortable.

‘There’s a real culture there.’

Christina has since left Amazon after injuring herself, but said she had not made a formal complaint about the harassment.

The second whistleblower – who wishes to remain anonymous – managed a hospitality venue before the coronavirus pandemic.

She ended up getting a job at the warehouse as a stower, to pay her vet bills.

She claimed: ‘One thing that stood out to me immediately was these middle-aged older men were surrounding these young girls.

‘You could tell they were uncomfortable.

‘This was happening right next to the HR desk, and not once did anyone from Amazon bat an eyelid.

‘The girls were trying to get on and do their job, and these men would not leave them alone.

‘They were being very inappropriate.’

The woman says the incident she complained about happened on June 2.

She alleged: ‘An instructor came over to me and was making inappropriate comments – talking about men following me.

‘I’ve never spoken to this manager before.

‘He found my Facebook on his phone, and was scrolling through my pictures while I was trying to work saying I was sexy.

‘He would be wolf whistling at me while I was trying to walk around.

‘Every half an hour I had to go into this delivery zone, and he would just stare at me.

‘I had a couple of panic attacks on shift because I didn’t want to go near him.

‘I’ve never spoken to him, and he’s going through my Facebook telling me I’m sexy.

‘He would come and find me in the warehouse, by checking which goods I was picking up.

‘He was monitoring where I was, it wasn’t nice.

‘He’s twice my age, it was absolutely disgusting.’

She says she made a complaint to Amazon HR, but didn’t get a response.

Multiple emails were sent to the company by the woman.

‘To try and get anything to Amazon HR is really hard.

‘I tried emailing – all of the emails are bouncing back – it’s like they don’t want anyone contacting them.’

She was employed through an agency, so passed on the complaint to Amazon and said someone from the web giant would be in touch.

She also reported finding packs of condoms in the aisle and a bottle of urine. 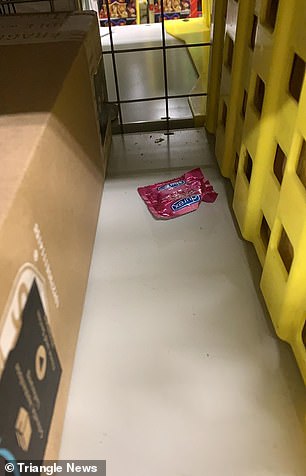 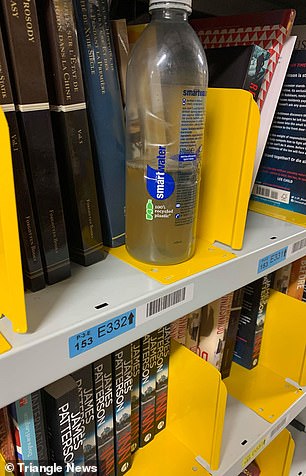 The woman tried moving onto another team, but she says the harassment continued and eventually she had to quit.

‘It makes you feel so objectified,’ she slammed.

‘I’ve worked in hospitality for more than 10 years, I get workplace banter, it’s not something that phases me.

‘For someone that I don’t know, who’s a manager, for you to make me feel so insignificant, objectified and anxious to be in work is unacceptable.’

From speaking to other women who worked in the warehouse, the whistleblower said this was not a one-off incident.

Amazon said both cases were part of ongoing investigations.

A spokesman said: ‘Amazon is committed to providing a safe and inclusive workplace for all associates and we do not tolerate harassment in any form in the workplace.

‘Both of these cases are the subject of ongoing internal investigations.’