England players get suited and booted in their World Cup suits

England players dressed to impress as they were fitted for their World Cup suits at St George’s Park.

Gareth Southgate’s men took time out of their training schedule ahead of the forthcoming friendlies against Holland and Italy to try on their tailor-made Marks and Spencer Alfred Brown three-piece suits at the national football centre.

Each suit was individually name-tagged, while new members of the squad including James Tarkowski and Nick Pope were measured for their garments ahead of the summer. Players and staff also tried on shirts and shoes. 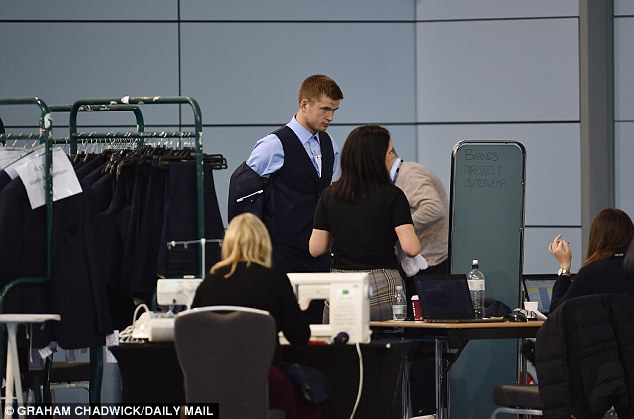 Stars of the squad, including Adam Lallana, Eric Dier and Jake Livermore, were fitted 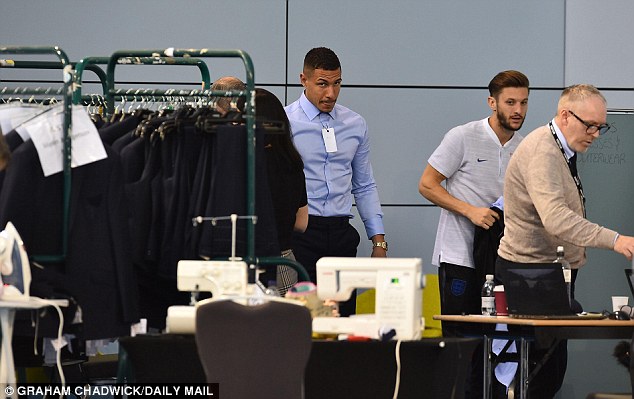 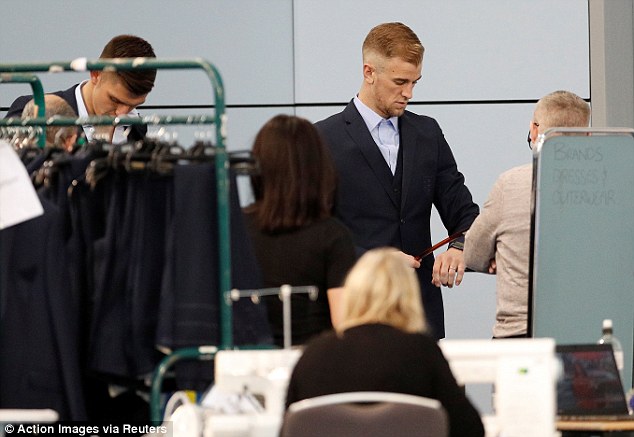 Meanwhile, manager Southgate wants to test his plan to use Eric Dier as his central defensive pivot in the two games.

Southgate is keen to experiment with Tottenham midfielder Dier at the centre of his back three for at least part of the matches.

The national team boss believes Dier’s positional sense and ability to read the game can be vital moving forward and wants to give the idea a trial run before the summer. 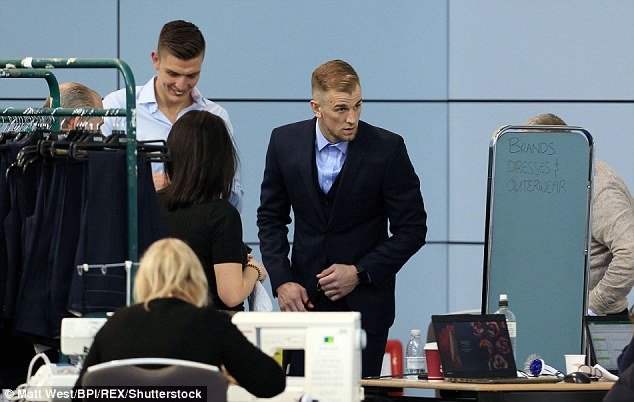 In a break from training, the players were called in to get sized up for their smart new outfits 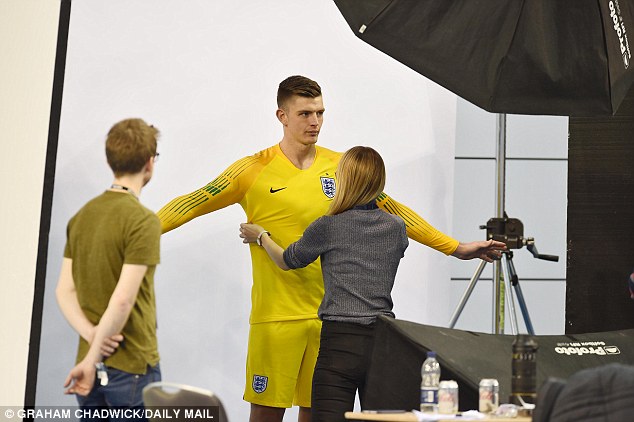 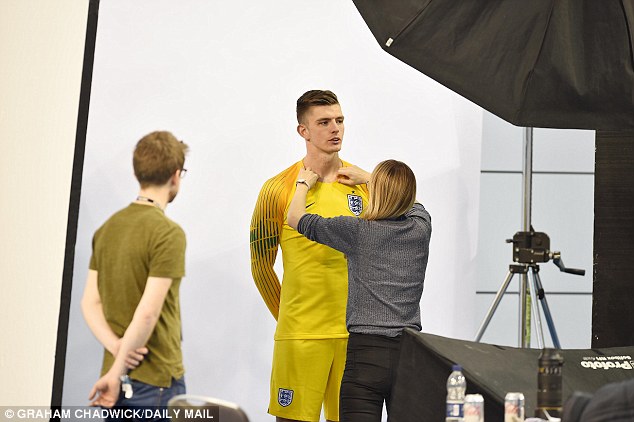 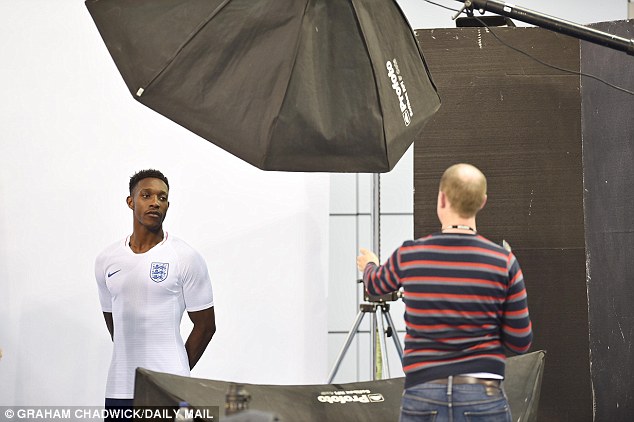 Danny Welbeck models the new England strip, which will be worn for the first time on Friday

Dier will be flanked by two more traditional centre halves — with John Stones and Harry Maguire favourites to get the nod.

Fielding Dier in defence allows Southgate to use Jordan Henderson as his central midfield lynchpin. Southgate is also set to experiment with playing two centre forwards.

The England manager has already stated he will play with a back-three this summer — but it had seemed likely that Harry Kane — who is currently injured — would play as a lone striker in Russia in a 3-4-2-1 system. 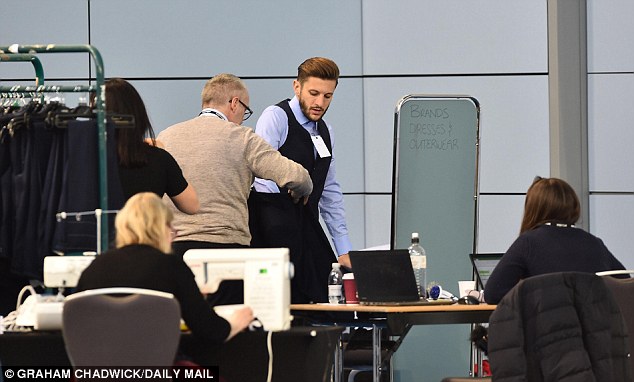 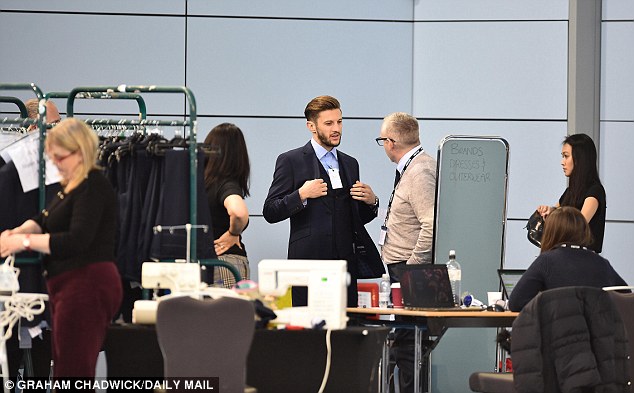 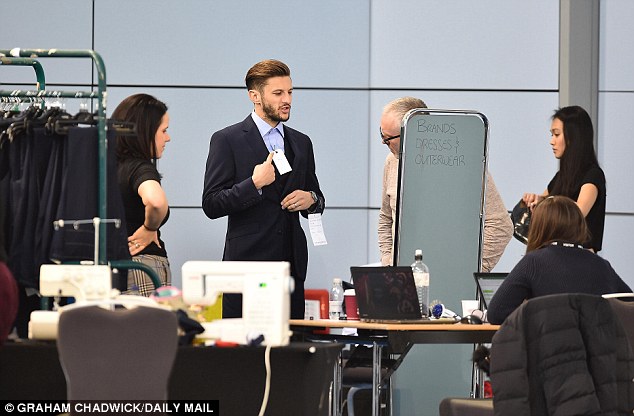 England’s players dress to impress, as they also hope to impress Gareth Southgate on the pitch 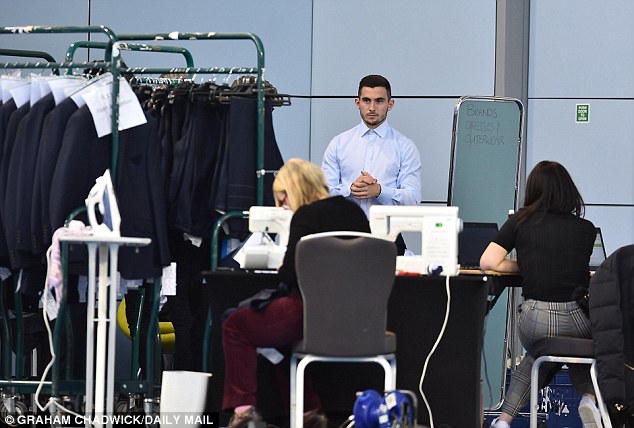 Lewis Cook, one of four first-time England senior call-ups, waits for his new suit to be tailored 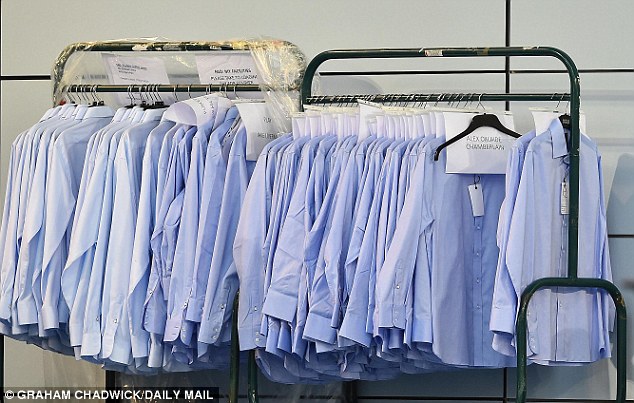 However, Southgate is considering using a 3-5-2 system, which would see Kane alongside a strike partner.

That could potentially be either Dele Alli or Jamie Vardy, with Southgate keen to utilise Vardy’s pace.

Meanwhile, Liverpool defender Trent Alexander-Arnold was yesterday called up from the Under 21s to get involved with senior training.

In a bid to keep his players as fit as possible Southgate has extended his sugar ban at St George’s Park. The England boss has banned coffee syrups, sandwiches, muffins and cookies at the on site coffee shop.