England have taken control of the second Test in Pakistan after a sensational second morning in which eight wickets tumbled for 60 – with six for spinners Jack Leach and Joe Root.

On the stroke of an extended lunch, Pakistan were bowled out for 202, still 79 behind, after a remarkable passage of play that may well have decided both this game and the series.

When England resume after the break, they will do so with a priceless lead on a pitch that will become no easier for the batters. 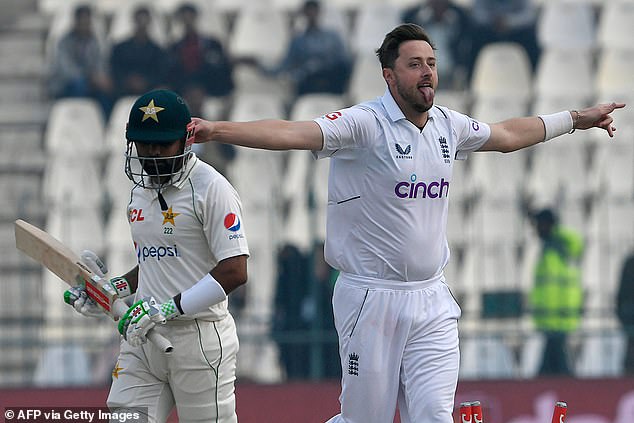 The procession, though, was kickstarted by a seamer, as Ollie Robinson – with his second ball of the Test – nipped one back through the defences of Babar Azam, who had moved ominously to 75 and looked set to add a century to the one he scored in the first innings at Rawalpindi.

Having resumed on 107 for two, Pakistan were now 142 for three – but with Saud Shakeel fighting hard, they were still in the game.

But Robinson was unhittable in a five-over spell that yielded just two singles, and Mark Wood rapid. Pakistan retreated, with Mohammad Rizwan taking 28 balls and nearly 55 minutes to get off the mark. It was an approach that seemed unlikely to end well. 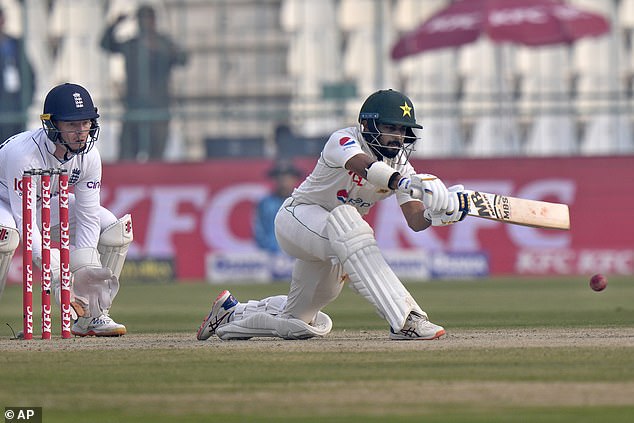 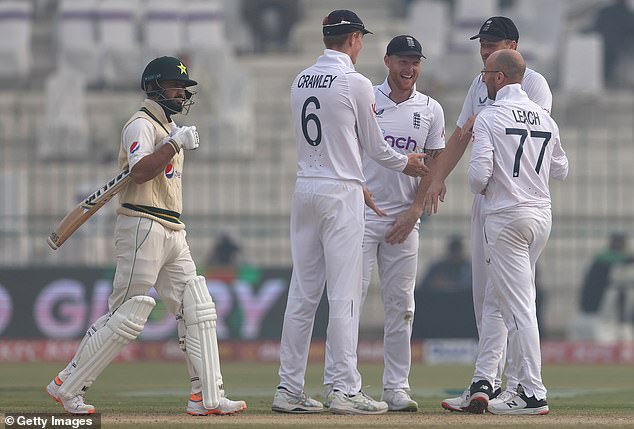 Shakeel did his best to change the tempo, lofting Leach down the ground, then attempting something more leg-sidish next ball. But the stroke lacked control, and Jimmy Anderson ran from mid-on towards midwicket to hold a superb catch over his shoulder. Shakeel was out for 63, and a jubilant Leach had his 100th Test wicket.

It was the prelude to an alarming collapse. The ball after hitting Leach for a lofted straight four, the otherwise becalmed Rizwan was squared up by a delivery that pitched on leg and hit the top of middle and off – a decent ball made to look even better by a tentative stroke.

And it was 169 for six when Mohammad Nawaz tamely chipped Leach to Anderson at mid-off.

Enter Root. Without addition, Agha Salman – who had batted doughtily at Rawalpindi – plinked his first ball to Ben Stokes at short mid-on. Then Mohammad Ali, part of a long tail, was caught by Zak Crawley at slip after the ball took the edge and ballooned off his pad. 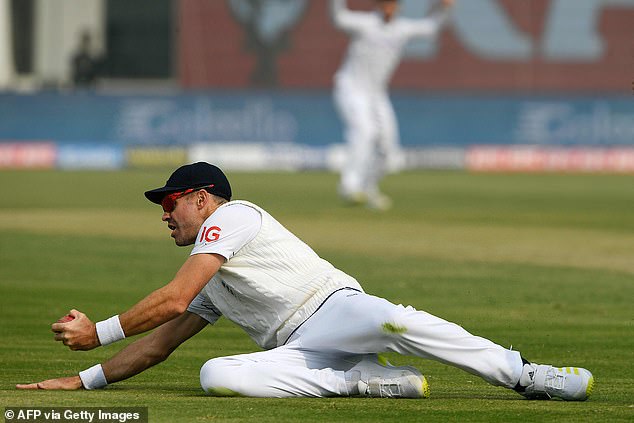 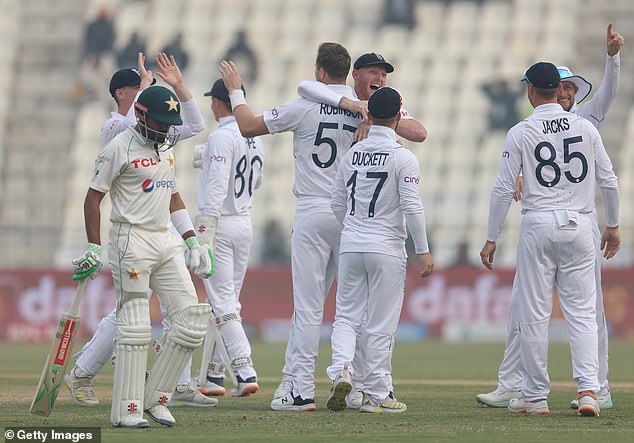 Pakistan were in freefall, and Wood returned to trap Zahid Mahmood for a duck to make it 179 for nine. Faheem Ashraf and Abrar Ahmed added a quick 23 for the last wicket, but the collapse was complete when Faheem flicked Wood to deep backward square for 22.

If Pakistan’s batting was supine, England were superb, giving their opponents nothing to hit in a session lasting nearly two and three-quarter hours: play had started 15 minutes early to make up for some of yesterday’s lost time, then extended into the scheduled lunch break because Pakistan were nine down.

England will still have to deal with Abrar, of course, the debutant mystery spinner who took their first seven wickets on the first day, but they may never have a better chance to take a 2-0 lead in Pakistan for the first time in their history.