How sweet victory tasted for the apple in the eye of this Birmingham crowd. Golden Delicious. It had to be, didn’t it?

Last night, hometown boy Delicious Orie brought down the curtain on boxing at these Commonwealth Games with super-heavyweight gold, roared on by a crowd that nearly blew the roof off the NEC.

Orie, who grew up in Russia before landing in Wolverhampton, had not boxed until aged 18 and did not have a British passport until last year, came from behind to defeat India’s Sagar Ahlawat. 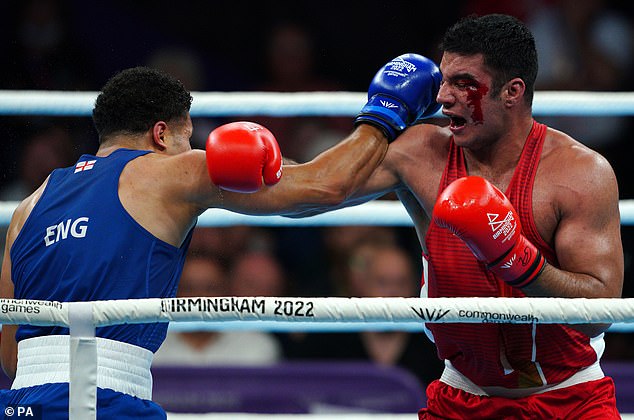 He was down on all five cards after round one. By the end of round three, those tables had turned.

Britain’s big men have written such rich recent history and this 25-year-old, at 6ft 6in tall, looks made for more nights like these. At the next Olympics, and beyond.

‘Maybe they doubted me after the first round but I will always prove people wrong if they think I’m going to lose,’ he said.

‘I’m so proud to be representing England and I will be doing this until the Paris Olympics, when I turn professional. That England flag will be with me forever. 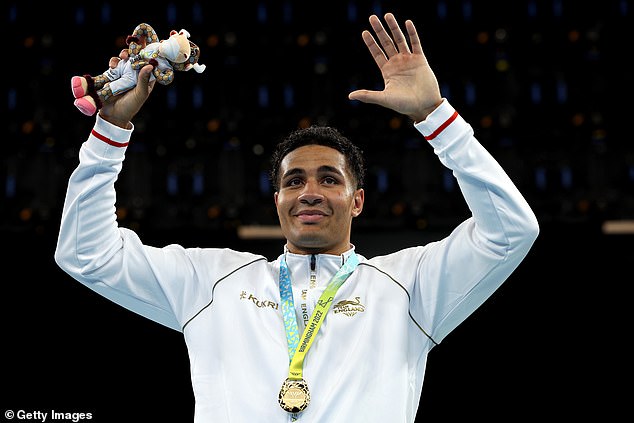 ‘The sky is the only limit. My inspiration has always been Anthony Joshua, that’s the bare minimum. I can’t wait for Paris.’ 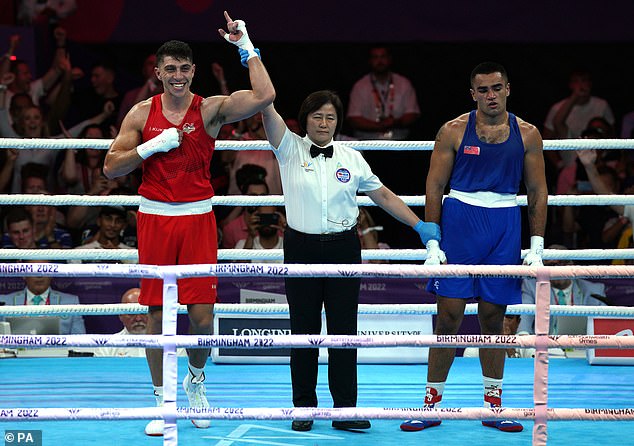 Williams, 23, outpointed Samoa’s Ato Leau Plodzicki-Faoagali and then vowed to put the medal around the neck of his father Bob, who until recently had been in hospital with illness.

‘I’ve been getting videos sent through with a beer in hand,’ Williams said. ‘So he is sweet.’

Until then, it had been a British gold rush but a day of frustration for England. Orie was the last of 17 home boxers fighting for gold yesterday — all but one of the 16 finals featured a fighter from the UK.

Northern Ireland were top of the pile after five wins, including two for the Walsh family. Siblings Aidan and Michaela won more golds yesterday than all but five nations. 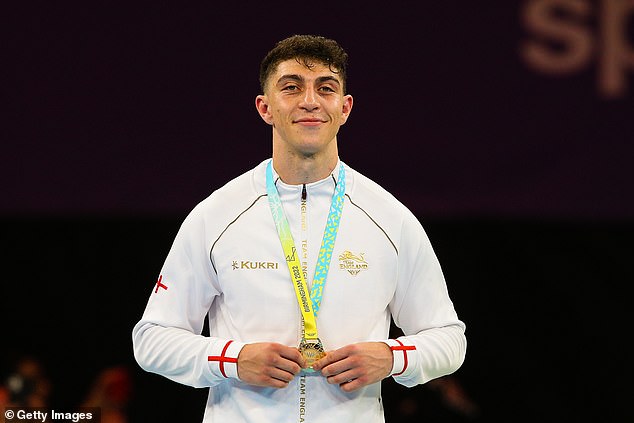 Scotland took three, Wales finished with two. England secured more medals than anyone else but they fell four golds short of their 2018 tally. And how much better this could have been.

The hosts’ first three shots at gold ended in defeat. By lunchtime, Flower Of Scotland was ringing around the NEC.

Sam Hickey came through a pulsating middleweight scrap to pip Australian Callum Peters and, within a few minutes, light heavyweight Sean Lazzerini had made it two in two for Scotland upsetting Taylor Bevan of Wales. 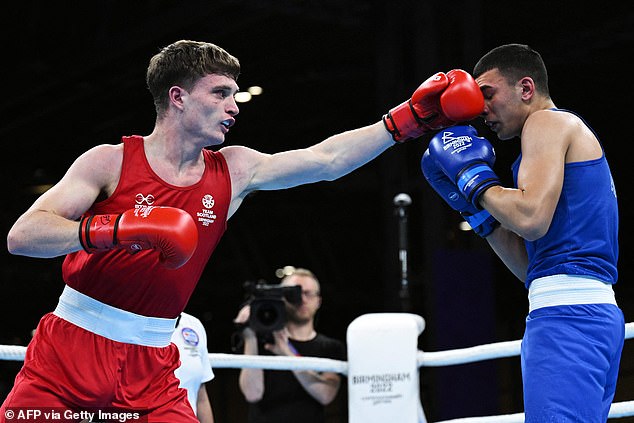 ‘We’re all going on a wee holiday to Benidorm next week,’ Hickey revealed. His tipple? Guinness. 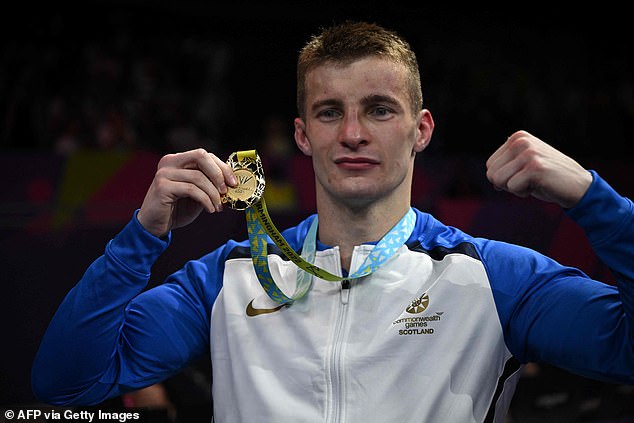 Their first gold was secured without a punch being thrown — Jude Gallagher winning at featherweight after Joseph Commey withdrew.

World champion Amy Broadhurst did have to fight for her lightweight gold, beating England’s Gemma Paige Richardson after Aidan Walsh had won his family’s first medal.

Elder sister Michaela was a runner-up in both Glasgow 2014 and the Gold Coast 2018 but Nigeria’s Elizabeth Oshoba could not stop her this time. Her reward? A bottle of coke and a hug from her brother.

Croft’s identical twin, Garan, had already taken bronze, losing — rather ironically — to one half of the Walsh family dynasty. 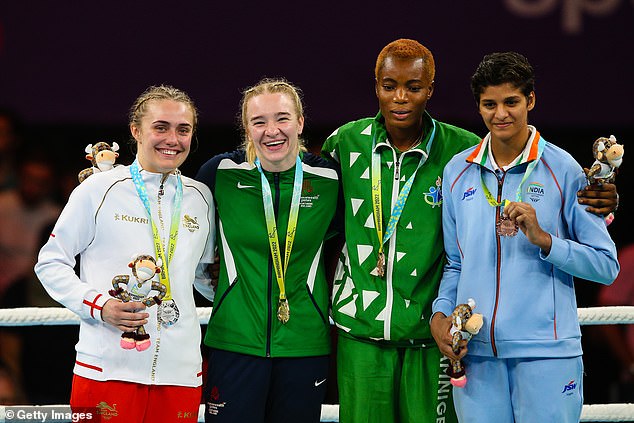