It is meant to be the showcase game of the season, England taking on India in the second Test of a marquee series in front of a full house at Lord’s. Instead chaos reigns.

Not only did England go into this series without key players in Jofra Archer and Chris Woakes through injury and Ben Stokes with mental health issues.

But they also now face the absence of both the twin pillars of their bowling attack for the first time in any home Test in nine years, posing more questions about a schedule that has seen England’s best players starved of red-ball cricket virtually all season.

First Stuart Broad damaged a calf during a gentle jog around Lord’s before practice on Tuesday and could be out of the rest of this series.

Then came news that Jimmy Anderson has a tight quad muscle and looks certain to miss this pivotal game against an Indian side who would surely have taken a 1-0 lead at Trent Bridge had rain not washed out the final day of the first Test.

No wonder coach Chris Silverwood had a weary look as he oversaw training on Wednesday before trying to come up with a combination capable of winning this Test.

The revolving doors in and out of England’s bloated dressing room saw Saqib Mahmood arrive to cover for Anderson, 24 hours after Moeen Ali hot-footed it to Lord’s direct from the Hundred. 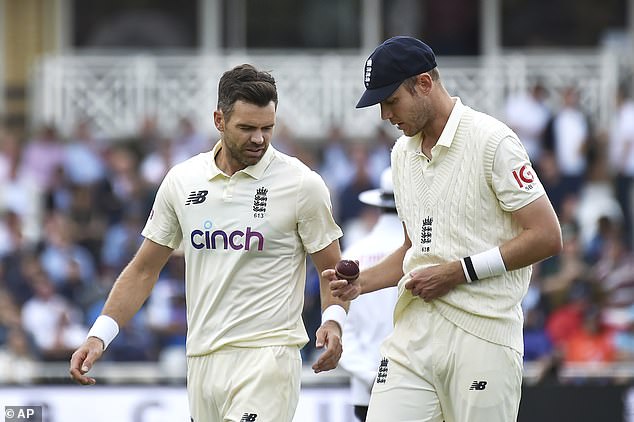 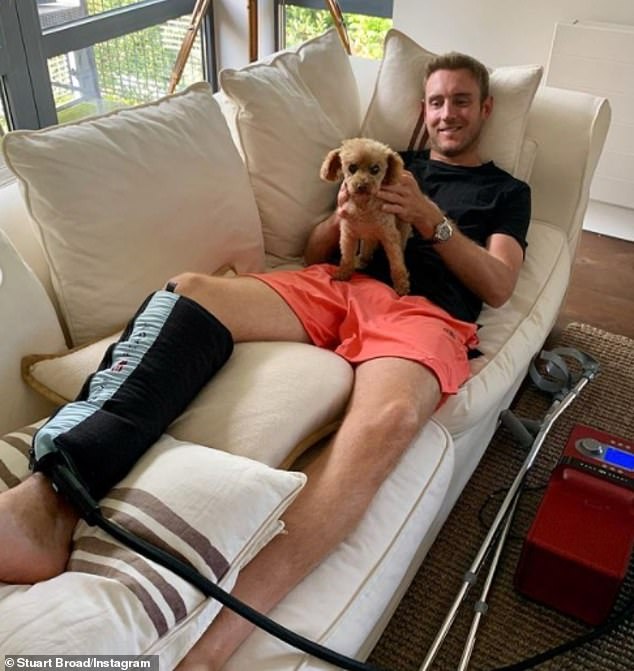 Dom Bess, meanwhile, was released from an ever-changing expanded squad in the hope that he just might somewhere, somehow, get a game of cricket.

How did it come to this? It is, sadly, the largely self-inflicted result of a schedule that is not fit for red-ball purpose and a flawed rest and rotation policy that was introduced with the best of intentions but has added to a perfect storm of problems.

Why did anyone think it was a good idea to ask two fast bowlers with a combined age of 74 to try to play back to back Tests having spent more time commentating for Sky and BBC on white-ball cricket over the last three months than actually playing the game?

It is not exactly a surprise that both Broad and Anderson have suffered soft tissue injuries now and England are paying a high price for the ECB’s dereliction of duty in failing to protect and prioritise the most important and lucrative form of the game.

So now England are faced with having to field a makeshift attack, with Craig Overton the more likely replacement for Anderson than Mahmood and Mark Wood set to be the most experienced seamer on his return in Broad’s place. 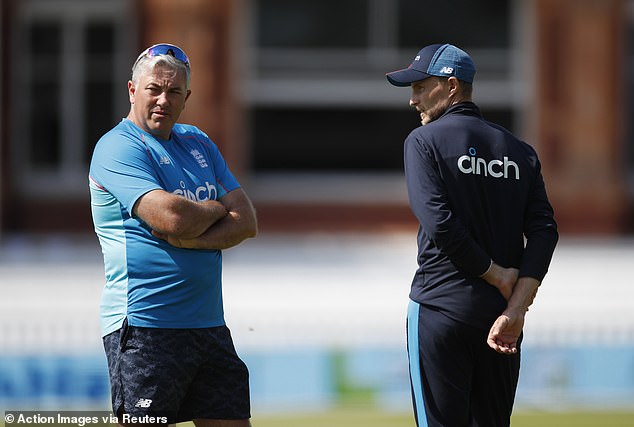 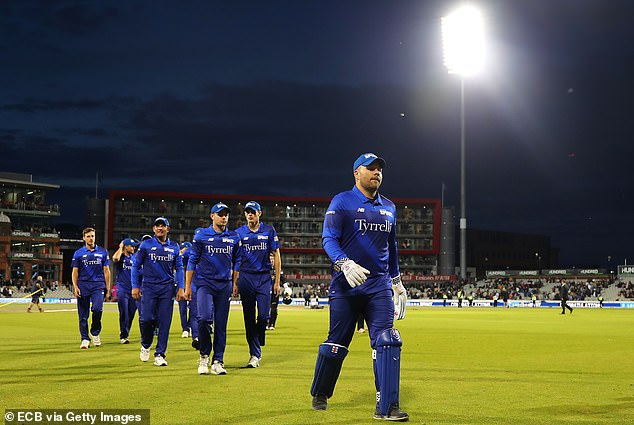 And it says everything for England’s bowling predicament that Ollie Robinson has become the banker of their attack in just his third Test and on his return to the Lord’s ground where his debut went horribly sour against New Zealand earlier this season.

Not that the batting can offer England any solace. Take away Joe Root’s momentous hundred at Trent Bridge and England would have been beaten in four days and the captain continues to paper over the huge cracks in the techniques of those around him.

But at least there was some positive news to emerge from Lord’s on Wednesday when it became clear England are ready to throw Haseeb Hameed back into the side almost five years after his three Tests of immense promise against India were followed by a sharp decline that saw him released by Lancashire.

Hameed, at 24, looks certain to be rewarded for his return to form after his new start with Nottinghamshire that has seen him score 1,039 runs at 47.2 in first-class cricket since the beginning of last summer 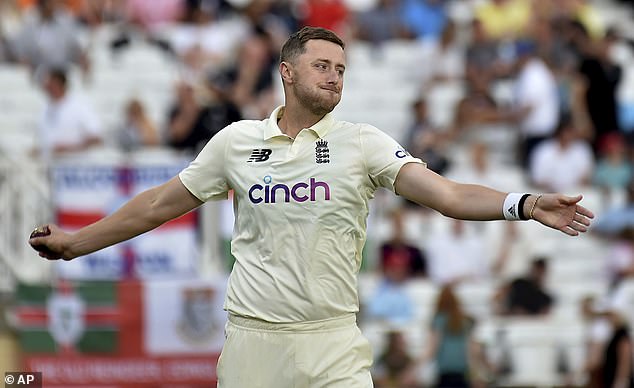 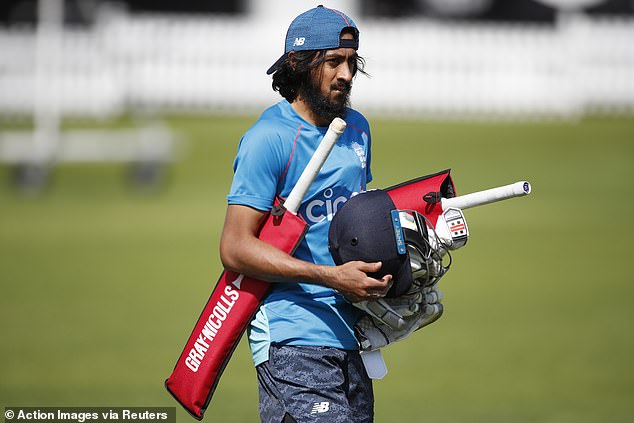 Silverwood has spent the week grappling with his desire to provide ‘one too many chance rather than one too few’ to his flawed top three but it seems he has decided the time is now right to make a change.

The only uncertainty is whether Hameed will come in for Dom Sibley, who England want to somehow discover an ability to rotate the strike and keep the scoreboard moving, or Zak Crawley, who averages 11 since his monumental 267 against Pakistan last year.

Silverwood planned to sleep on that decision and talk to his coaches but the most likely move would see Crawley told to go away and work on a technique that has seen him become far too vulnerable outside off-stump. That is if he can ever find a red-ball game to work on it.

It seems certain England will also leave out Dan Lawrence and Ollie Pope, fit again but no longer an automatic choice and considered to have ‘too many moving parts’ to bat at No3. Pope clearly still has much to prove if he really is to become England’s next great batsman, as was hoped when he made a sparkling hundred against South Africa. 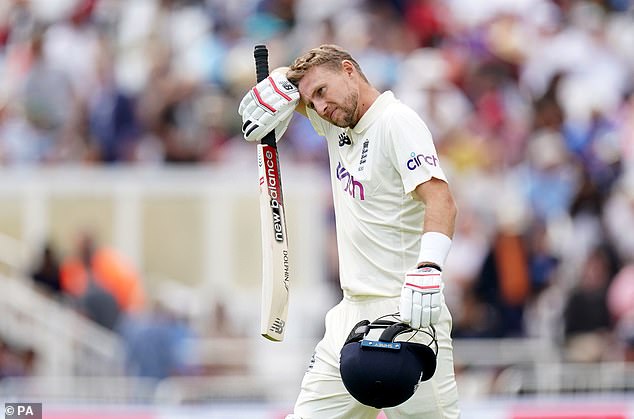 One batsman certain to play is Jonny Bairstow, another who has been in and out of the Test side over the last year and had to prepare for this series by captaining Welsh Fire in the Hundred rather than gaining any proper preparation with the red ball.

‘It’s been an interesting time,’ said Bairstow on Wednesday. ‘On the whole I’m pretty happy with how things have gone for me and my mind-set is in a really strong place at the moment. I’m hopeful and excited about the next four Tests.’

England will certainly need him to be in a good place over five days which will provide the most testing examination of their resources and adaptability.

It will be a testing examination, too, of the loyalty of cricket supporters who are being asked to pay up to £180 for a day at Lord’s to watch a hopelessly under-prepared and weakened England team.

For all the efforts to recruit a new audience by creating a new format in the Hundred cricket is once again treating its existing one with contempt. It can only be hoped England somehow find a way to give them something to savour.