When England’s Rugby team take to the turf against Tonga on Sunday for theirfirst match in the World Cup, the stars of the squad will be casting an eye to their supportive wives and girlfriends – the rugby WAGS – in the stands.

And the class of 2019 spending time in the Land of the Rising Sun are a high-achieving bunch with a mumpreneur, London boutique owner and cosmetic nurse amongst the ranks.

Following England football manager Gareth’s Southgate’s lead, England manager Eddie Jones is taking a relaxed stance to players mixing with their families while the tournament’s on.

The WAGS are rumoured to even be be allowed to stay in the player’s hotel after the matches.

So who’s who in the world of England Rugby WAGS? FEMAIL has the low-down:

Kon’nichiwa Japan! The England World Rugby squad pictured in Japan ahead of the tournament. The Lions will face Tonga on Sunday 22nd September…and can rely on the support of their wives and girlfriends in the stands, after coach Eddie Jones permitted

SOPHIE MAY (JONNY MAY) 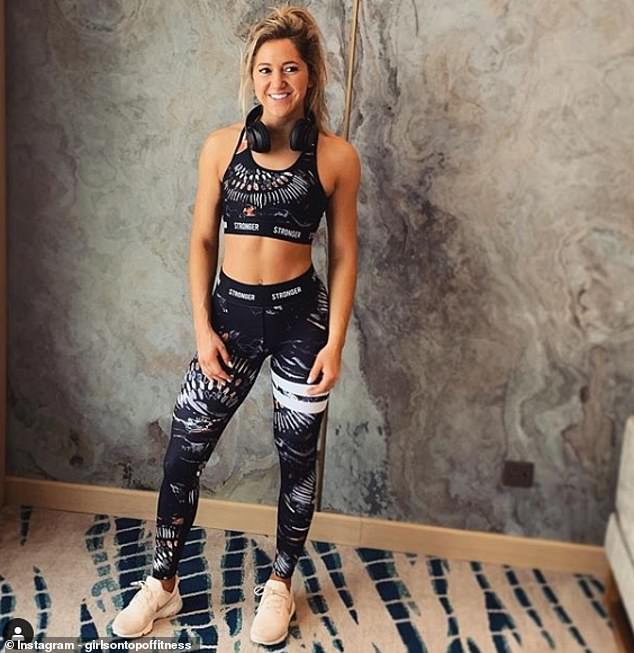 Sophie May will be cheering on husband Jonny at the Rugby World Cup in Japan; and can more than match her other half when it comes to fitness, for she earns a living as a personal trainer 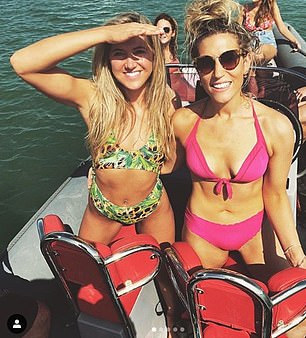 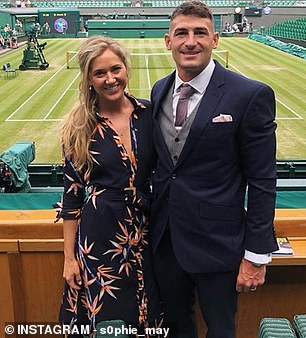 The couple’s Instagram feeds are filled with shots of the couple enjoying sporting events, including a day out watching the play on Centre Court at Wimbledon 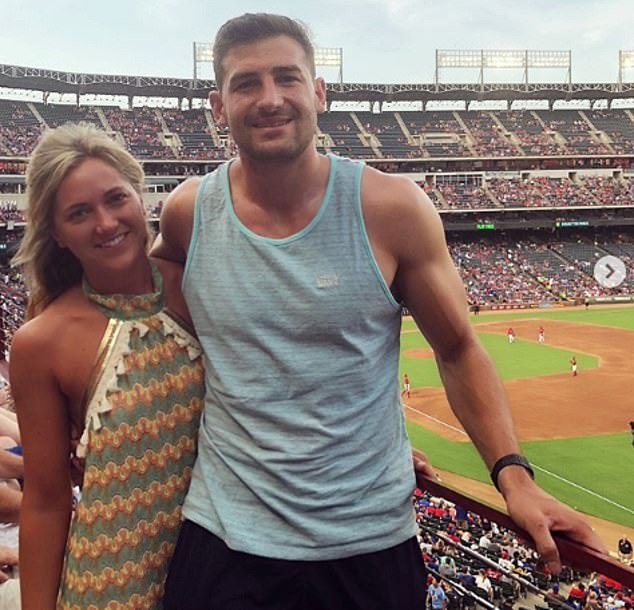 The couple pictured on holiday in the US; the glamorous couple have been married for two years, after marrying in July 2017

Sophie is more than a match for husband in the sporting stakes, it seems, the blonde-haired fitness fanatic earns her living as a personal trainer, posting regular updates on the Girlsontopoffitness Instagram page.

Meanwhile, her husband is known as the joker in the England pack – and used to play football with Ed Sheeran when he was a child growing up in Somerset. 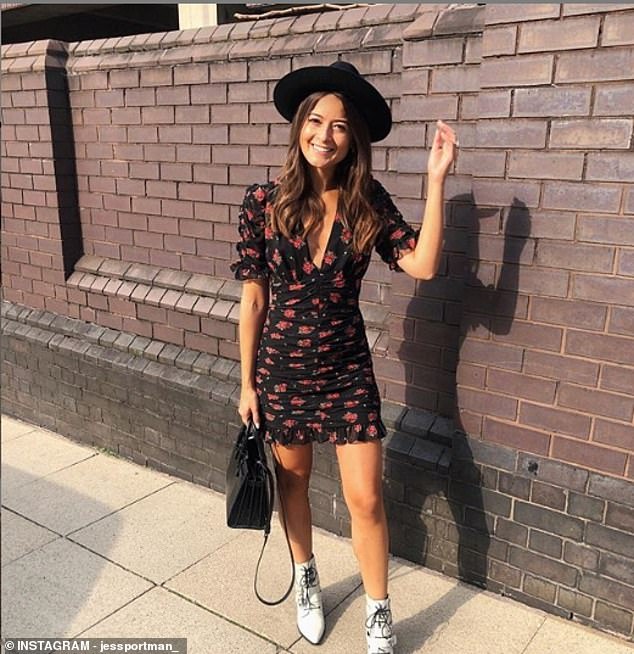 Jessica Portman’s career is shining in its own right. After studying fashion and business at Manchester, Jessica, 26, opened her own boutique, named Portman, in London 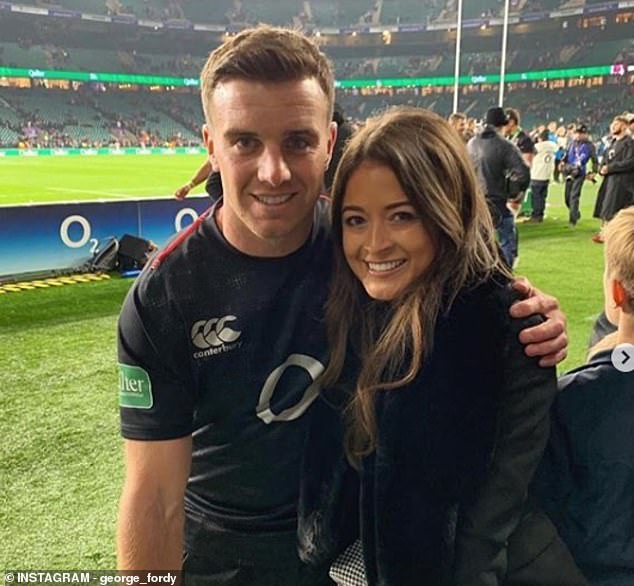 Perfect match! Jessica is a regular at the Leicester Tigers stadium, where Ford plays his club rugby 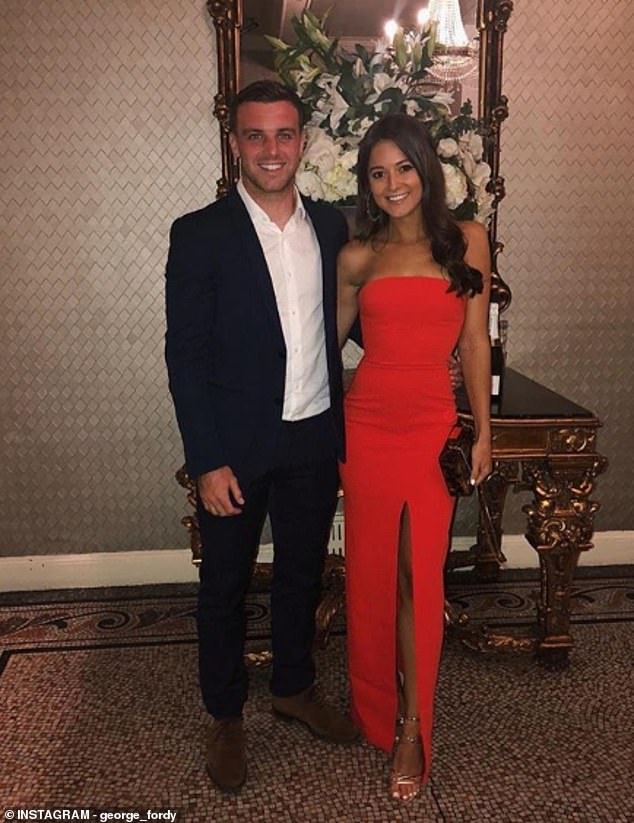 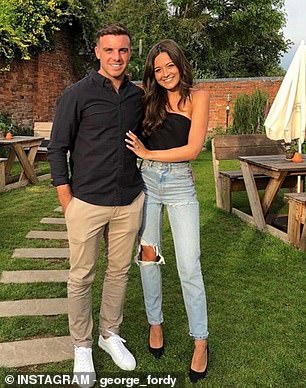 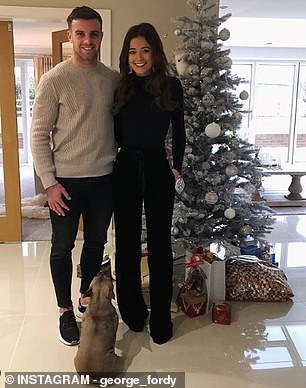 The couple regularly share cute moments on George’s Instagram page, including this shot of the couple with their pet pooch at Christmas, and announced their engagement earlier this summer

Originally from Bath, brunette Jessica is a graduate in Business and Fashion from Manchester University.

The high-flying 26-year-old recently launched her own fashion store in London, an eponymous boutique called Portman.

Beauty and brains to George Ford’s rugby brawn, Jessica has been dating the fly-half for nearly four years and the couple recently announced their engagement.

The Michelle Keegan-lookalike is a regular at the Leicester Tigers stadium, where George plays his club rugby. She’s also a regular on the clearly devoted rugby star’s Instagram page. 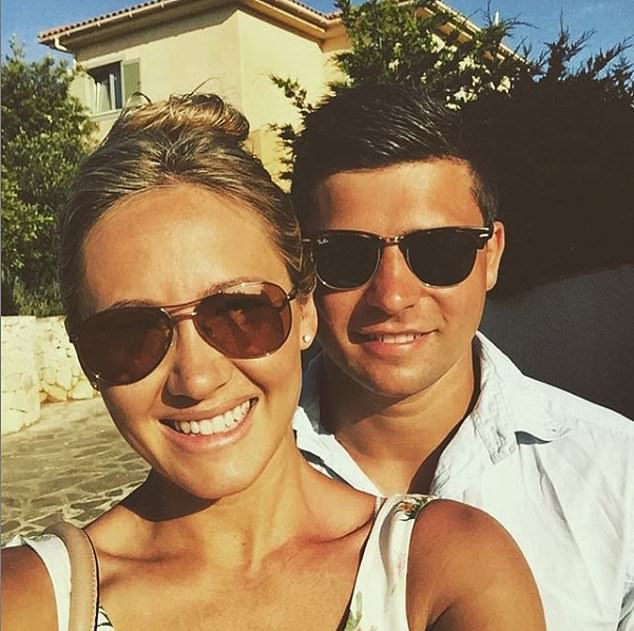 Ben Youngs, England’s likely first choice for a scrum-half, wed glamorous wife Charlotte Beardshaw in a lavish ceremony back in 2015 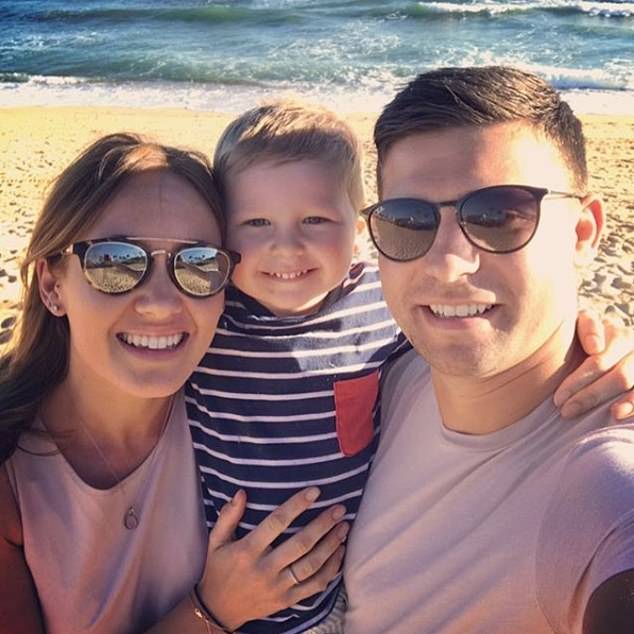 Charlotte, who keeps a low profile on social media, works at a cosmetic enhancement clinic in Leicester and is also mum to the couple’s two young children Boris, three, and 20-month-old Billie (pictured with Boris, centre, and Ben above)

Married to Ben Youngs, England’s likely first choice for a scrum-half, Charlotte works as a cosmetic nurse at an upscale Leicester clinic.

The couple both herald from Norfolk but now live closer to the Leicester, where Ben plays for Leicester Tigers, alongside his brother Tom.

They retreated back to their home county for their wedding in 2015 and now have two young children, Boris, three, and 20-month-old Billie. 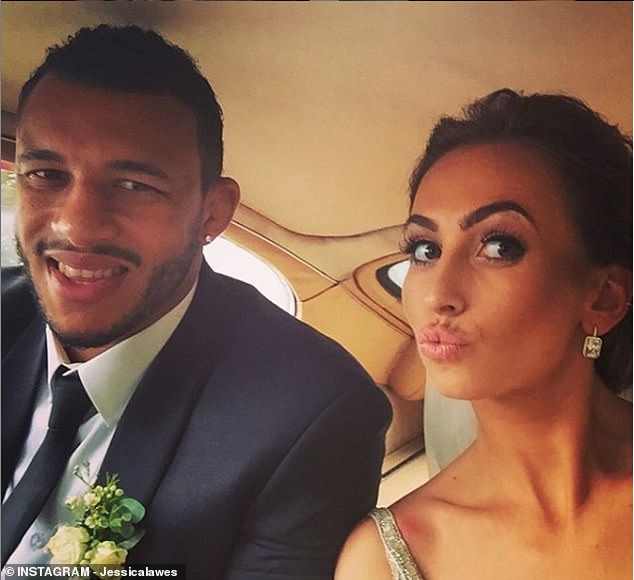 Jessica Lawes and England flanker husband Courtney on their wedding day in 2015; the couple have four children together 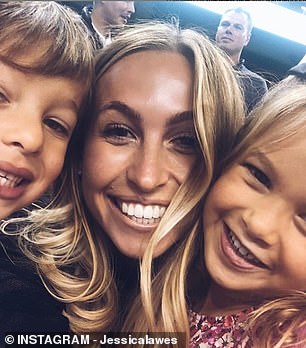 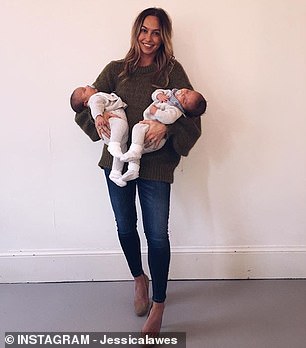 The busy mother-of-four runs her own parenting brand @themumclub, regularly blogging about the Lawes’ busy lives 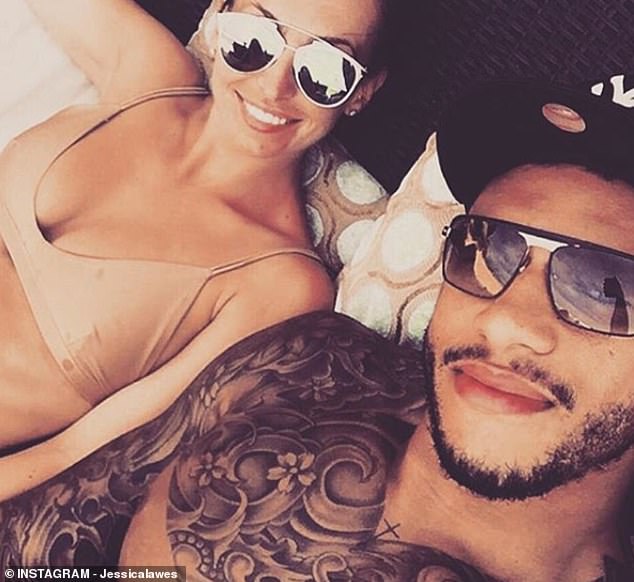 Not just a pretty face, alongside her parenting brand, Jessica also dabbles in property development

Jessica Lawes can certainly claim to know enough about parenting to start a business; she has four young children with Northampton Saints and England star beau Courtney.

She married flanker Courtney in 2015 and now runs her own parenting website, regularly blogging about the family’s busy lives.

Glamorous Jessica also has another sideline in her portfolio career, developing properties.

THE US PR CONSULTANT 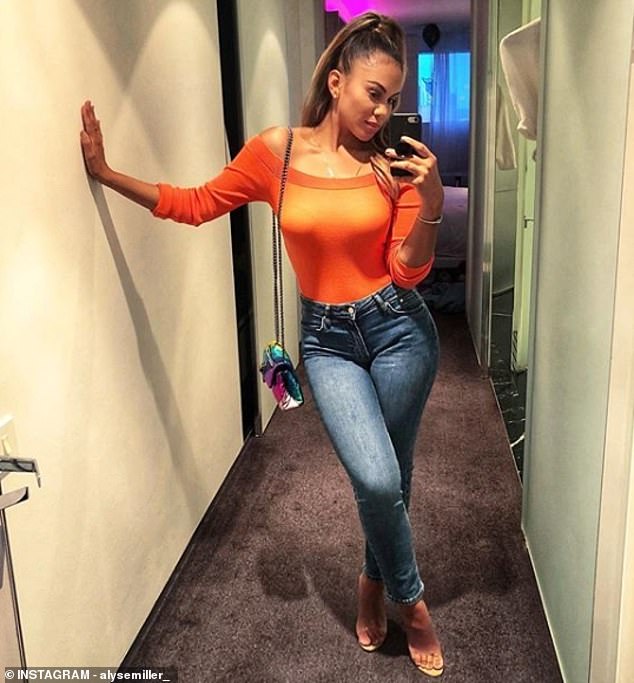 Instagram fan Alyse Miller will be cheering on her Bath playing beau Anthony Watson; the events planner, from the US, regularly shares photos of the couple on her social media accounts 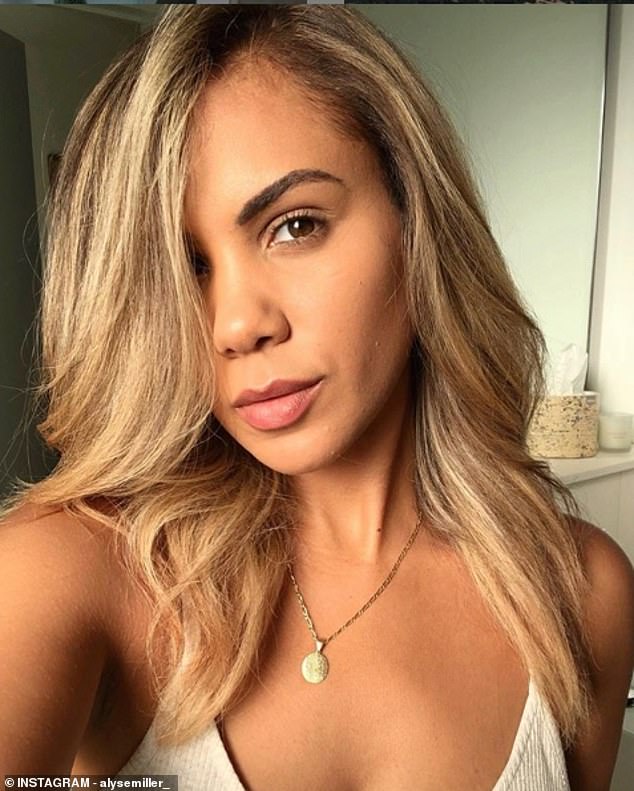 Now based in Bath, where Watson plays, Miller’s LinkedIn account describes her as a freelance consultant in events, and says she studied at the Florida International University 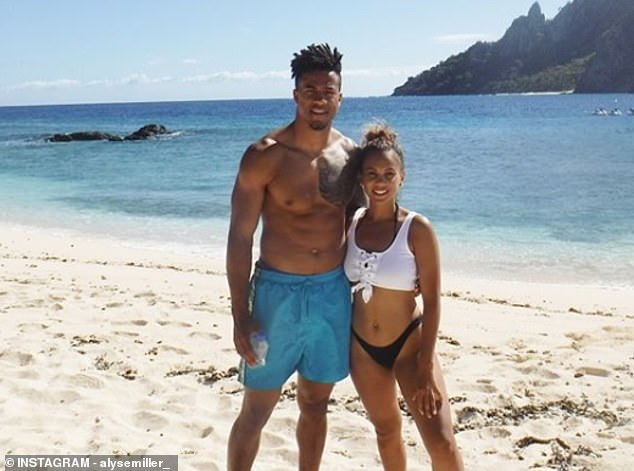 Bath player Anthony Watson’s American girlfriend Alyse Miller has a successful career as an events planner and regularly shows off snaps from her jet-setting life on her Instagram account.

Now also based in Bath, Miller’s LinkedIn account describes her as a freelance consultant in events, and says she studied at the Florida International University.

She’s also proved a rock to partner Watson, who was sidelined for over a year with an Achilles injury; he described his partner as ‘awesome’ for keeping morale high. 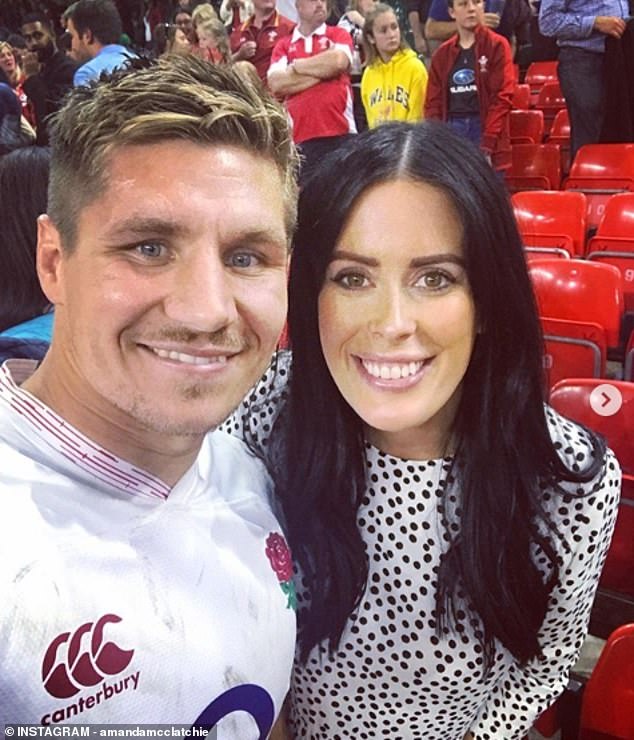 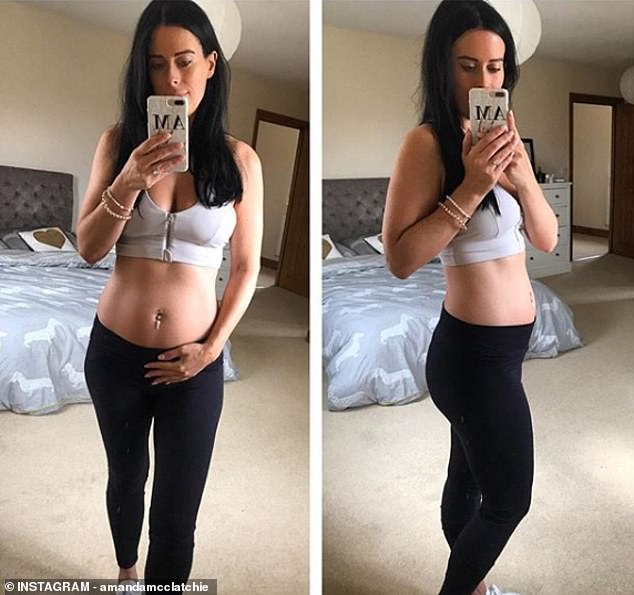 Amanda, an ex-lawyer who now owns her own nutrition marketing company, has been posting photos of her blossoming bump on social media in recent weeks 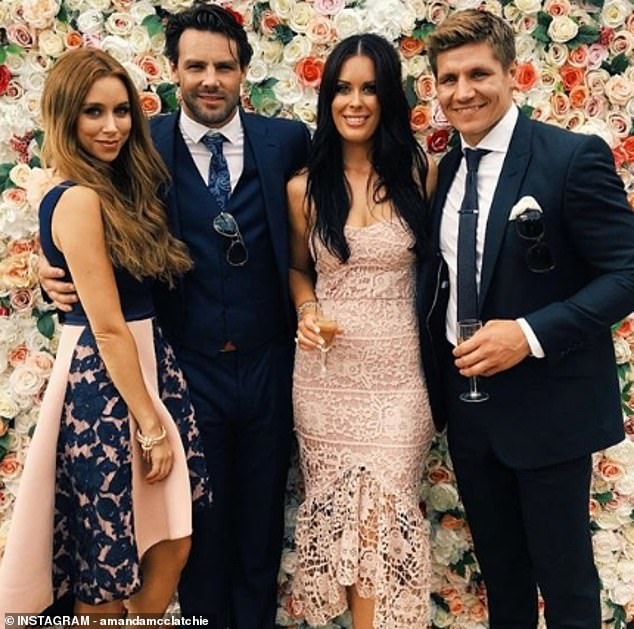 Engaged to Piers Francis, a Gravesend-born fly-half, the couple will welcome a son later this year, with Amanda posting updates on her blossoming bump on her Instagram page.

She’s also very well connected, and counts Saturdays star Una Healy among her closest friends after the pair bonded in the stands when Healy was married to ex Northampton star Ben Foden. England star Billy will face the country of his heritage when if he starts against Tonga; he recently wed wife Simmone who he nicknamed ‘my vanilla glace’ on Instagram 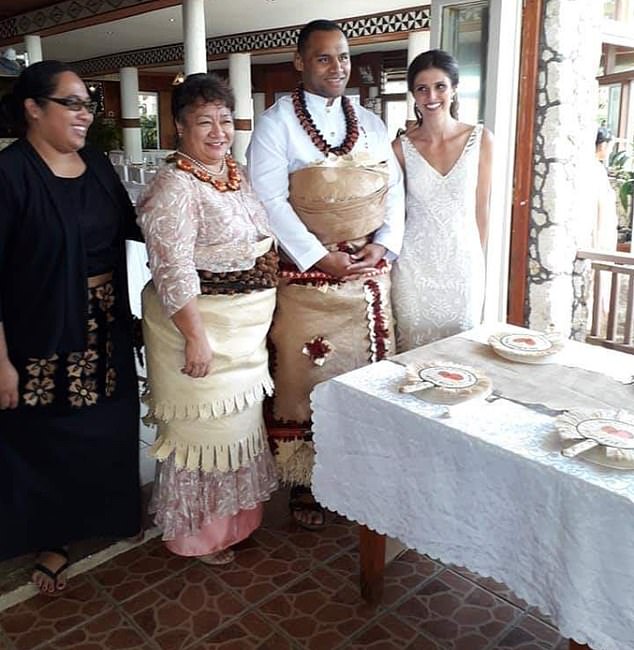 The couple wed in a traditional ceremony in Tonga, respecting the wishes of Billy’s parents, although the rugby player admitted that while he was ‘very happy’ to be married to Simmone, his family had been ‘demanding’ in terms of traditions

Stunning new bride Simmone Vunipola will be cheering on her husband in Japan, just months after the couple took part in a traditional Tongan ceremony.

Billy, who plays on the back row for England, was born in Sydney to Tongan parents before spending his formative years in Wales.

Simmone and Billy flew to Tonga and admitted that their wedding wasn’t without stresses. Vunipola said afterwards: ‘The wedding was awesome and I’m obviously very happy to be married to my wife.

He added: ‘My family are very demanding in terms of all the traditional things. I’ve grown up my whole life in the UK, so it was tough to get my head around that.’ 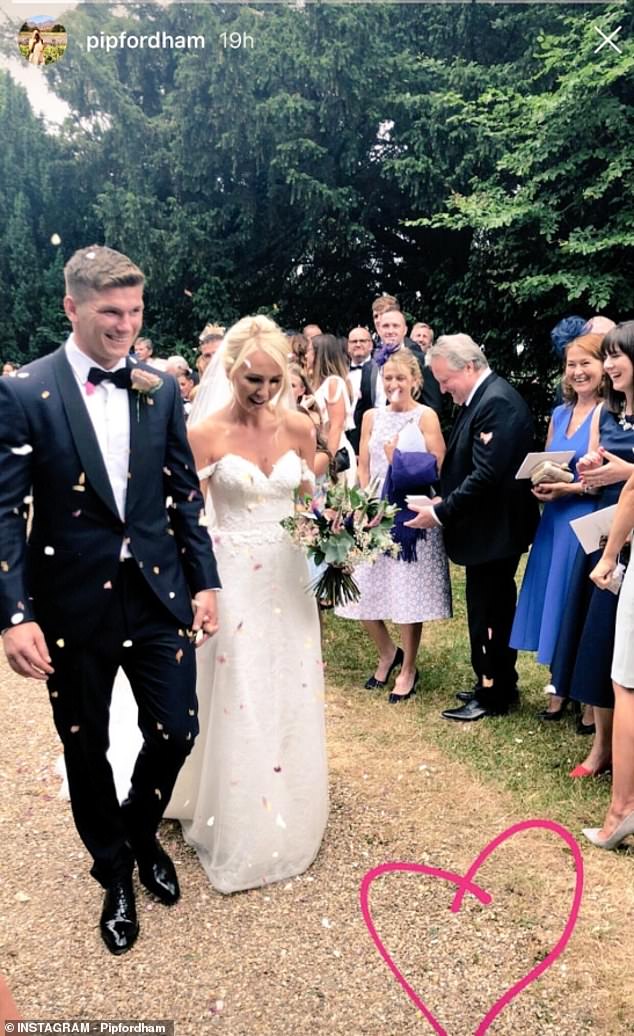 While Owen Farrell’s star is in the ascendance as England’s rugby captain, his wife Georgie, 27, is happy to keep out of the media spotlight. The couple, pictured on their wedding day in 2018, remain fiercely private

Number 12 Owen Farrell leads the England team from the centre and is happy to wear the captain’s armband in Japan.

The couple also have a dog, Ron, but you’re unlikely to find either baby or pet on social media, Georgie is happy to let her husband do the talking via his rugby.