Gareth Southgate and Harry Kane have been honoured by the Queen to celebrate England’s performance at the World Cup.

Manager Southgate, 48, and captain Kane, 25, helped England reach the semi-finals for the first time since 1990 in a spirited campaign which restored English pride after years of disappointments at major tournaments.

Southgate gets an OBE in the New Year’s honours list while Kane is rewarded with an MBE.

Meanwhile cricketer Alastair Cook and ex-England rugby captain Bill Beaumont will be knighted by the Queen.

England manager Gareth Southgate, pictured celebrating at the World Cup in Russia, is awarded an OBE after leading England to their first semi-final in the tournament since 1990 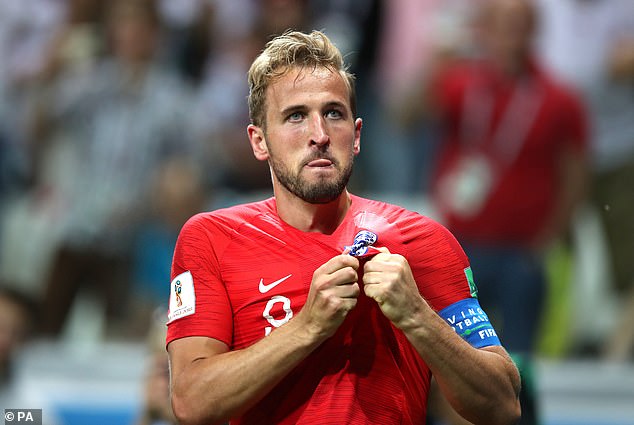 Captain Harry Kane, pictured celebrating a goal against Tunisia in England’s World Cup opener, wins an MBE after winning the Golden Boot in Russia with six goals in seven matches

At this year’s World Cup England beat Tunisia, Panama, Colombia and Sweden to reach the last four before losing to Croatia.

Southgate, who was appointed England boss in 2016, won praise for his quiet decency during the tournament.

His success in Russia was also a personal redemption for Southgate, putting the torment of his crucial penalty miss as a player in 1996 behind him.

‘I’m an incredibly proud Englishman so having had the opportunity to have represented my country as a player more than 50 times and then to manage the team at a World Cup has been an absolute privilege,’ he said.

Four-time Ashes winner Cook, 34, is the first England cricketer to be knighted since Ian Botham in 2007.

He retired from international cricket this summer, scoring a 33rd Test century on his final England appearance against India at The Oval.

He has compiled more Test centuries and runs – 12,472 – than any other England player during a record 161 Test matches. 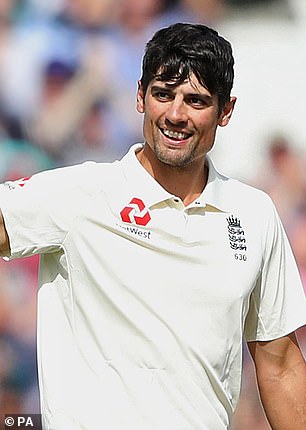 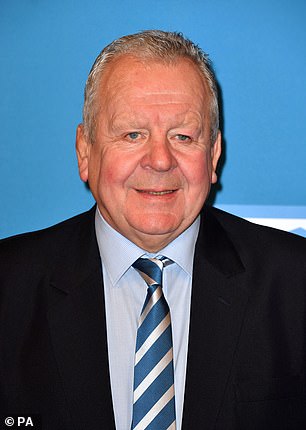 Beaumont, 66, led England to a Five Nations Grand Slam in 1980 and also captained the British and Irish Lions.

Recognised for services to rugby, he is a former Rugby Football Union chairman and was elected chairman of World Rugby in 2016.

Premier League executive chairman Richard Scudamore, who has headed the organisation for almost 20 years and will shortly step down from his role, has been awarded a CBE.

There is also a CBE for Willie John McBride, the former Ireland and British and Irish Lions captain, who played in a record 17 Lions Tests and skippered them to a memorable Test series victory over South Africa 44 years ago.

World Curling Federation receives a CBE for services to sport, and her fellow Scot – Commonwealth Games Federation president Louise Martin – is made a Dame.

There is an OBE for ex-Scotland rugby union international Doddie Weir, founder of the My Name’5 Doddie Foundation who is battling motor neurone disease.

Richard Johnson, who became champion jump jockey in 2016 after being runner-up on multiple occasions to AP McCoy, gets an OBE, along with former Manchester United goalkeeper and Northern Ireland football manager Harry Gregg.

Leroy Rosenior, vice-president of Show Racism The Red Card, receives an MBE for services to tackling discrimination in sport, and Women’s Sport Trust co-founder Joanna Bostock is honoured for services to gender equality in sport.