Eric Trump mourns the passing of boy, 10, who died from brain cancer

Eric Trump has paid tribute to Colin Hayward Toland, the little boy who became the ‘youngest member’ of a New York police department.

Toland was diagnosed with an ependymoma brain tumor at the age of two. He spent many years in remission before the disease returned in 2015.

His family announced on Facebook that he died Saturday at St Jude’s Children’s Research Hospital. He was 10 years old.

‘Colin Hayward Toland End of Watch 3/17/18: Lieutenant Colin returned to the cosmos in the loving embrace of his family. His passing was more peaceful and gentle than we could have imagined. On his last day, he went outside and felt the sun on his face and the wind in his hair,’ his family wrote on Facebook. 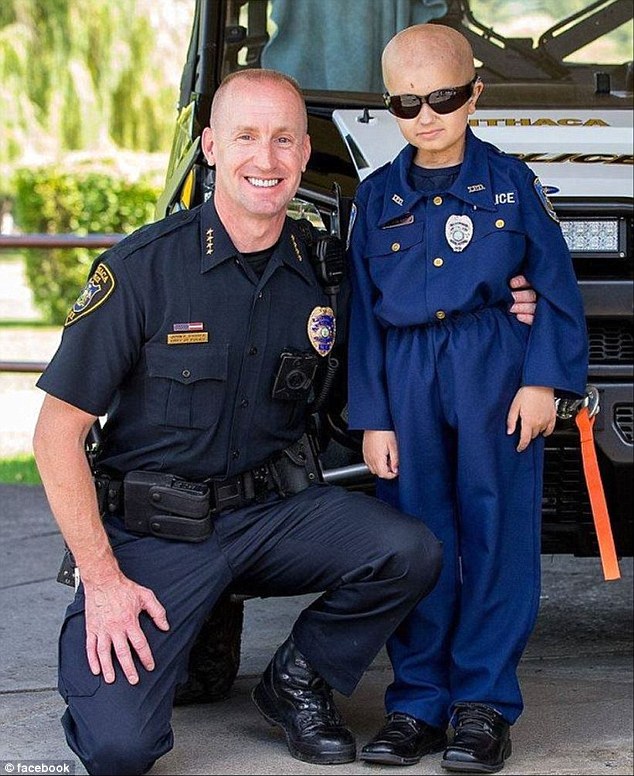 A viewing will be held in Ithaca, his family said, and a funeral will be held later in the week at Lansing Funeral Home followed by a burial at Greensprings Natural Cemetery.

‘Please carry Colin’s spirit with you in life. Find opportunities to help others, even in small ways. Keep joy and light in your heart, as these will light the darkest pathways,’ the Facebook post read.

Trump mourned the little boy’s passing on Twitter, sharing photos of him posing with Roland.

‘We are so saddened by the passing of our dear friend Colin. Colin, you will forever remain in our hearts — you are the reason we will continue to fight so hard for (St Jude’s)…. RIP buddy,’ Trump posted.

He added on Instagram: ‘… Despite a lifetime full of medical procedures, countless surgeries and stints in the hospital, Colin always greeted everyone with a warm smile and inspired us all to keep hoping for a miracle.’

Toland dreamed of becoming a police officer, and in September 2016 his dream came true when the Ithaca Police Department swore him in as an honorary officer.

The department said Toland, who was known as the force’s ‘youngest member’, would help with ‘ongoing training and community policing work’. 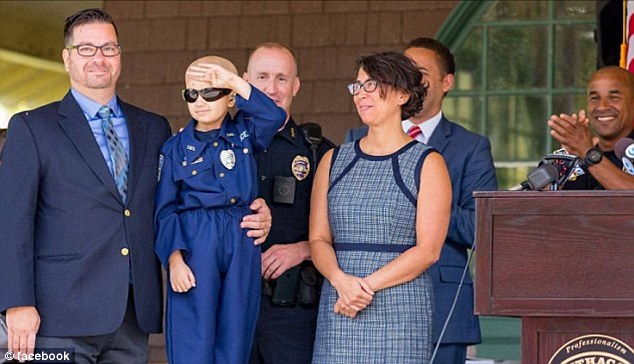 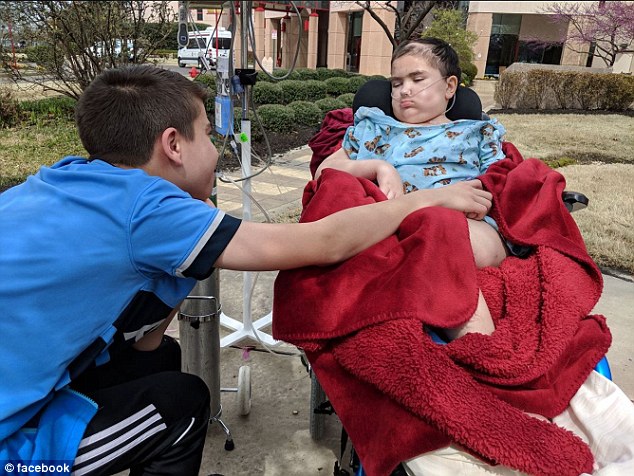 Toland was diagnosed with brain cancer when he was two. He spent years in remission before the disease came back in 2015 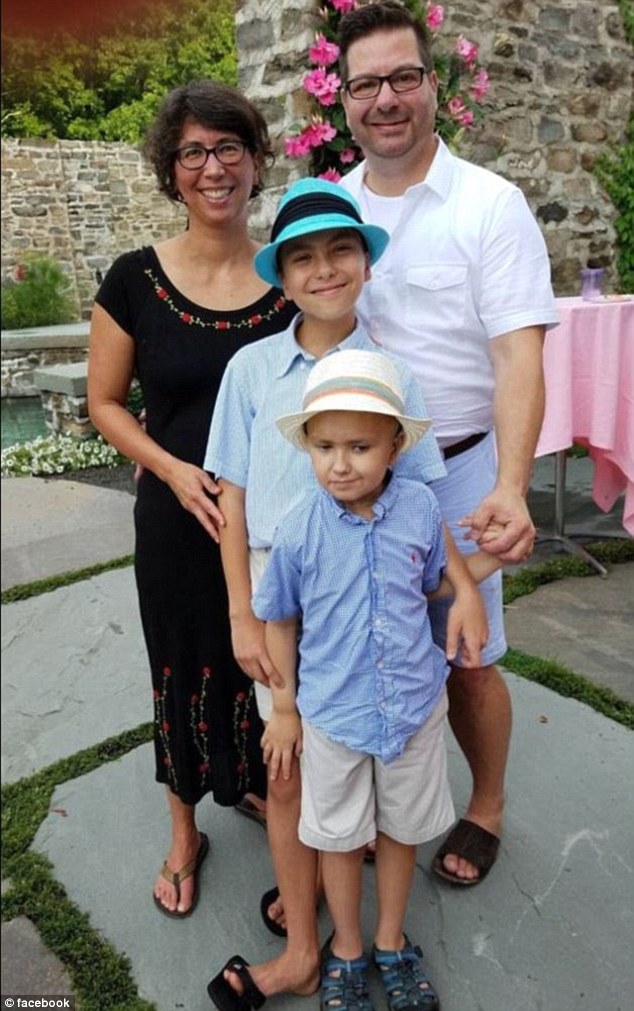 Toland made his first ‘arrest’ in December 2016 when he cuffed The Grinch for ‘stealing Christmas’.

‘Rest In Peace brother. It was an honor to serve with you,’ the Ithaca Police Department posted on Facebook Sunday.

‘Our thoughts are with Lt Colin Toland, his family, and his fellow officers today,’ the touching tribute read. ‘We are so appreciative of the positive impact Lt Colin has had on our community. Thank you for your service. Rest in Peace.’