Estate in remains of King Richard III’s castle for £1.1m

An historical estate set with the grounds of King Richard III’s castle has gone on the market for £1.1million.

The jagged ruins of Sheriff Hutton Castle make an unusual back garden feature in this Warden’s House, and was once home to some of Britain’s most controversial figures, including Richard III and Henry VIII.

It became one of the grandest castles in northern England and at various times was a favourite residence and seat of regional government for some of the most charismatic figures in English history despite it being disused for the past three and a half centuries.

Sheriff Hutton Castle in North Yorkshire. The ruins now form the back garden of the Warden’s House, which is on the market for £1.1million 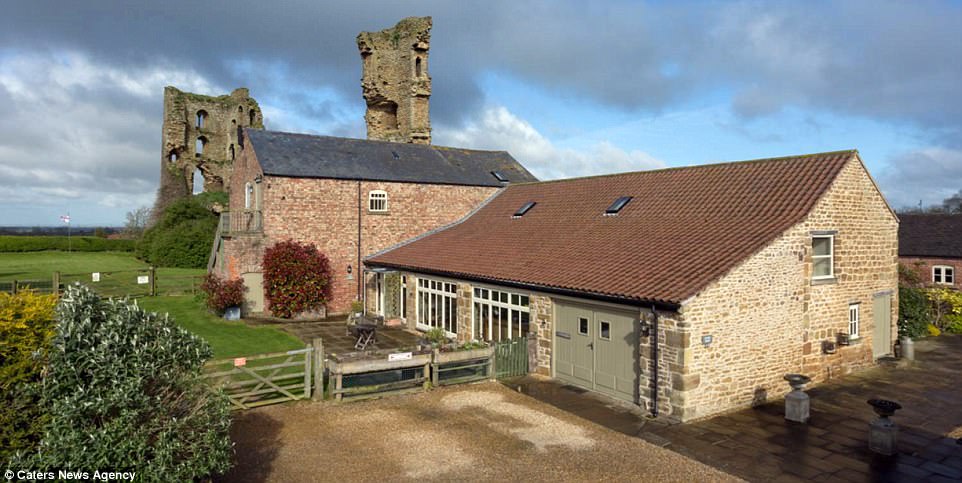 The Warden’s House consists of four bedrooms, and the adjoining Court Cottage has another two. The house has been owned by the Howarth family since the 1950s, and now they want to sell 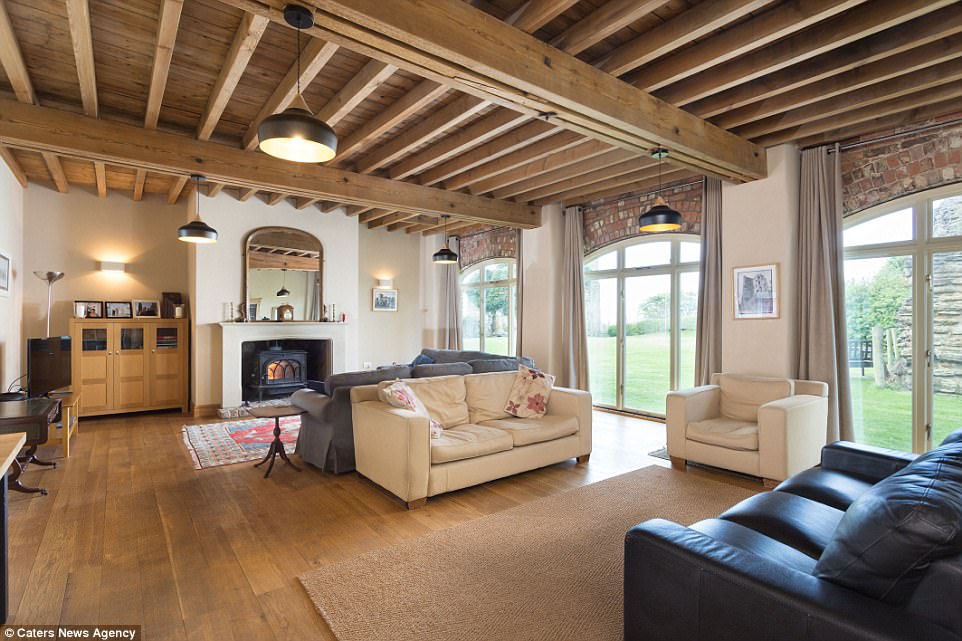 The living areas in the Warden’s House are more than ample for a large family, with enough room to create almost two separate sitting rooms in one space

The prominent castle, now Grade II listed, was originally built in 1382 by the Neville family but now just four corners remain after the stone was plundered to build neighbouring houses including Sheriff Hutton Hall.

It was in April, 1940, that the present family acquired Castle Farm through Wilfred Wagstaff, chairman of a West Riding textile company.

His daughter and son in law, Elizabeth and John Knight Howarth inherited in 1952 and the Howarths have lived and farmed ever since, maintaining and preserving this magnificent castle for future generations to enjoy. 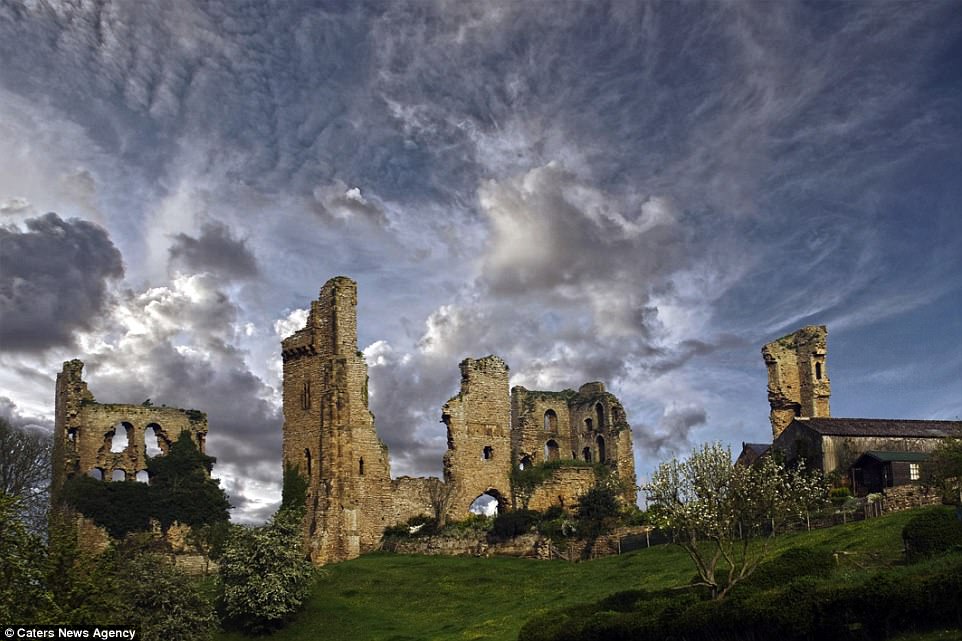 The maintenance of the ruins is a big job, and something that puts off some potential buyers, the Howarths admitted when they last tried to sell in 2011 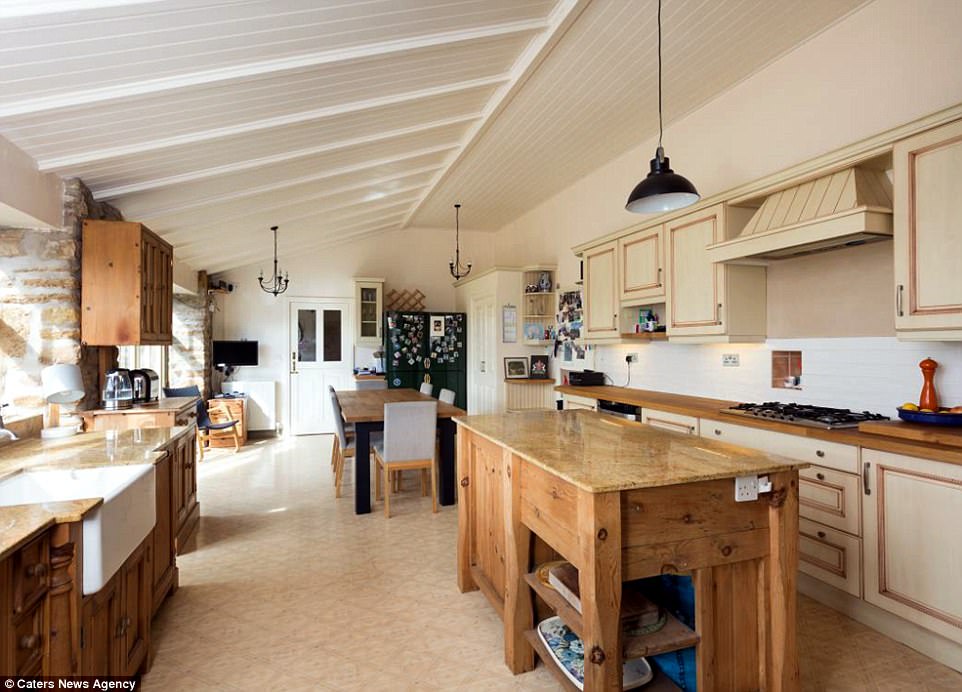 In the main home, the Warden’s House, there’s a large kitchen, with space for an island for extra preparation room, and a family size dining table 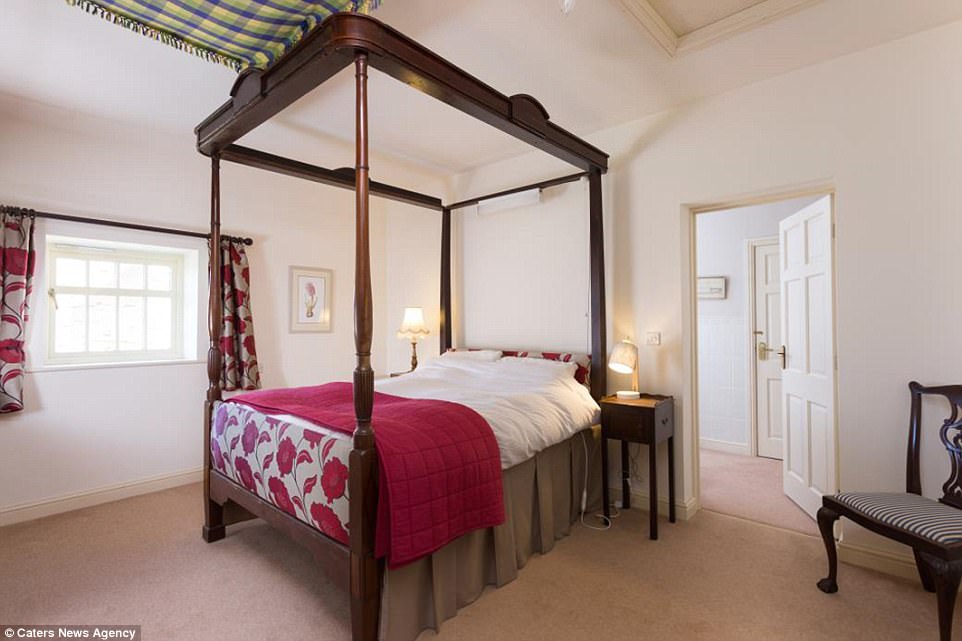 There are four bedrooms in the Warden’s House and another two in the Court Cottage, meaning there’s no struggle for space when the family comes to stay

The couple had planned to sell up in 2011, but according to York Press, changed their minds despite a £1.3million offer.

Dr Howarth told the Press at the time: ‘It is a very big responsibility for somebody to take on, which frightens off a lot of potential buyers.

‘There is nothing vaguely suitable in the area. We have to stay in the area because we have still got 56 acres of land here.’

The castle is Grade II listed by Historic England, and the rest of the land is a Scheduled Ancient Monument.

Although the remains of the castle are very little the new occupants can live comfortably in the Warden House and annex with four bedrooms, two reception areas and farm house kitchen as well as garages and out buildings. 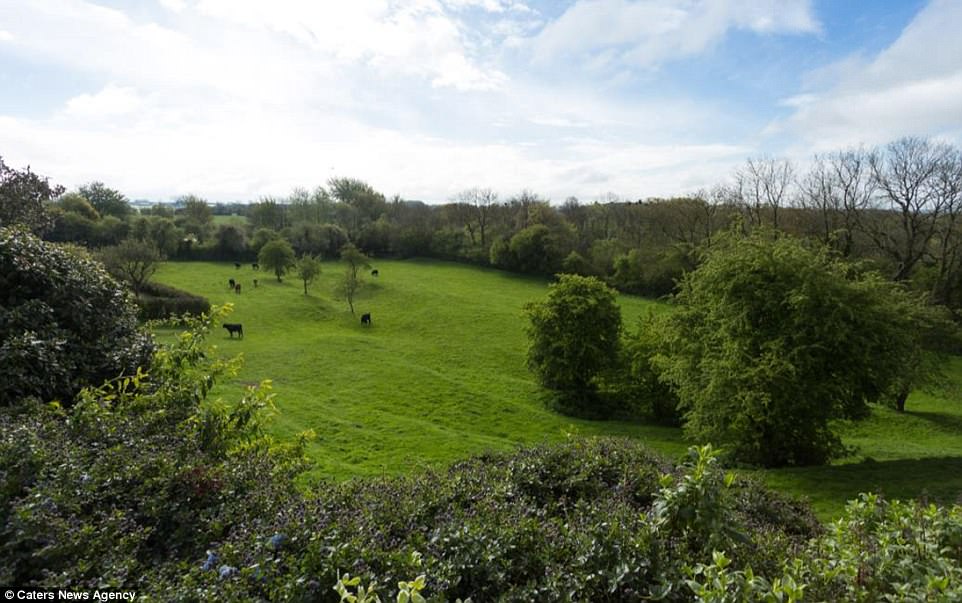 The house is set within 11.5 acres of grounds, as the whole area was once the domain of kings like Richard III and Henry VIII 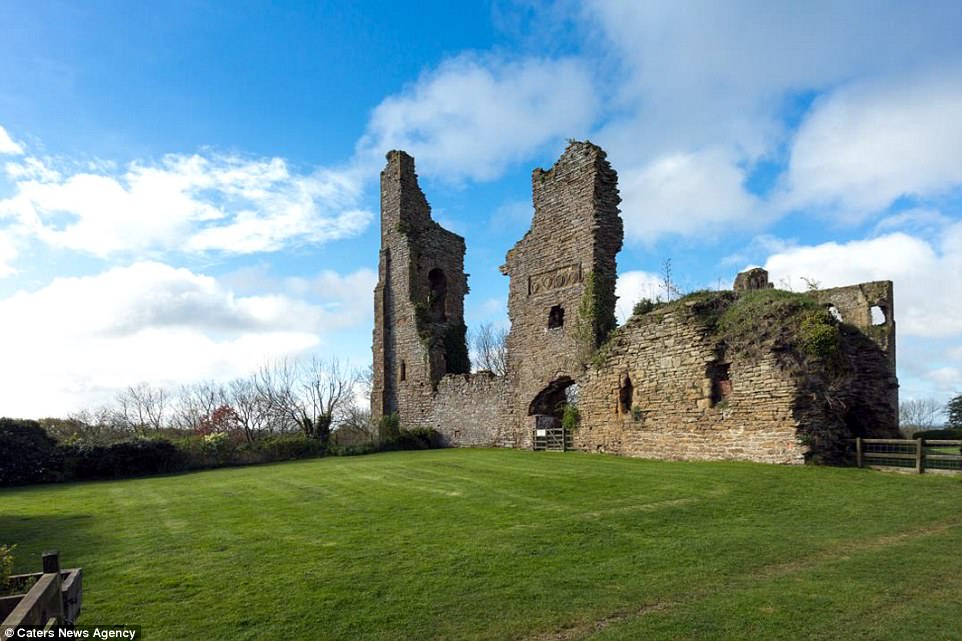 The castle was plundered to build neighbouring houses but has been looked after and maintained in more recent years. The southwest tower is the most intact part, towering at five storeys 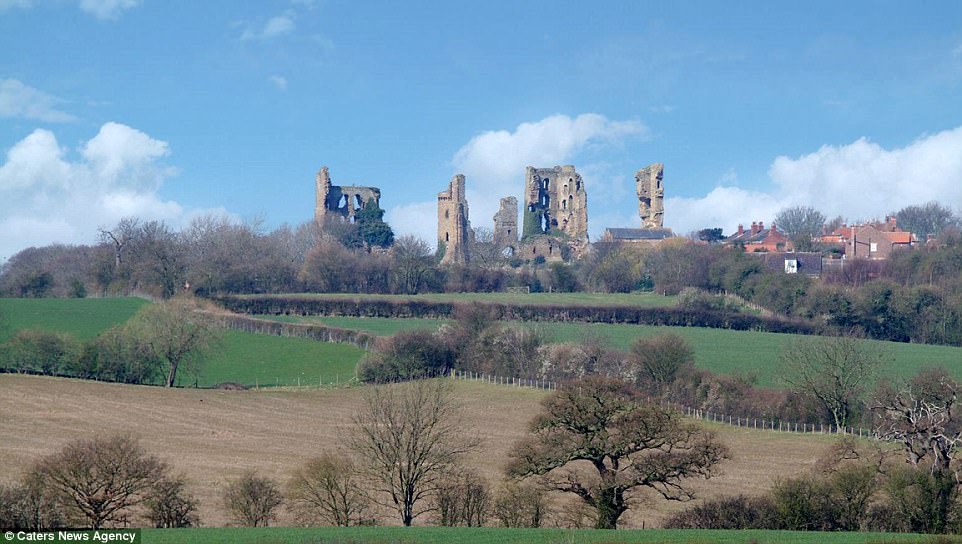 The castle may be in ruins, but the houses for sale are luxury property, consisting of two reception rooms each and garages and outbuildings

Of the castle itself, the southwest tower is the most complete part, still five storeys high, including the basement, with 8ft thick walls and rising 100 feet about ground.

Henry Scott, from Boulton and Cooper Stephensons estate agents, told the BBC it was ‘totally unique and very unusual’.

He said: ‘The estate has been in the sellers’ family since the 1940s and it’s been a wrench for them to put it up for sale.

‘There’s already been a smattering of interest and I fully anticipate it attracting interest from far and wide, possibly even abroad given the connections to Richard III.

The property is located just 10 miles north of York and all set in 11.5 acres of land with a double moat fit for royalty.