Etihad ‘Barbie bombers’ could face the death penalty in Lebanon

Two Lebanese-Australian men who were arrested last year after an alleged conspiracy terror plot to bring down a plane in Sydney are facing the death penalty.

The men have been named in reports as fathers and sons Khaled and Mahmoud Khayat and Khaled and Abdul Merhi, who are all related through marriage.

The Lebanese military court is preparing to hand down a sentence over the alleged targeting of an Etihad flight from Sydney to Abu Dhabi with up to 400 passengers and crew aboard.

Khaled Khayat, pictured in a Canterbury-Bankstown Bulldogs jersey, is one of the Lebanese-Australian men who was arrested 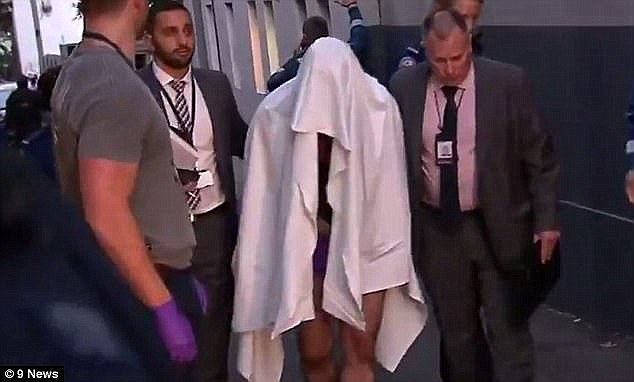 Amer Khayat, a dual citizen, is in custody in a Lebanese prison and will be the first to face the firing squad, The Weekend Australian reported.

Due to Australia’s opposition of capital punishment, it is unlikely the men will be extradited to Lebanon.

The sentencing trial will begin in Beirut on May 4, before the president of the military court, Brigadier General Hussein Abdullah.

It has been revealed the alleged bomb attack would have killed the 400 passengers and crew within 20 minutes of the flight, The Weekend Australian reported.

It is also alleged the bomb attack was planned in the Syrian town of Raqqa, a former Islamic State caliphate.

The two bombs were allegedly discovered when one of the accused was having his hand luggage checked and the check-in clerk informed him that he was not allowed a second hand bag.

It’s been alleged the two bombs were allegedly in the separate bags, one in a Barbie doll, and the other inside a meat grinder.

It has been further alleged the men were relying on insider information at Sydney Airport to successfully bring the bombs past security check points.

This comes after it was revealed the men have clear links to figures overseas, as well as ties to the aviation industry. 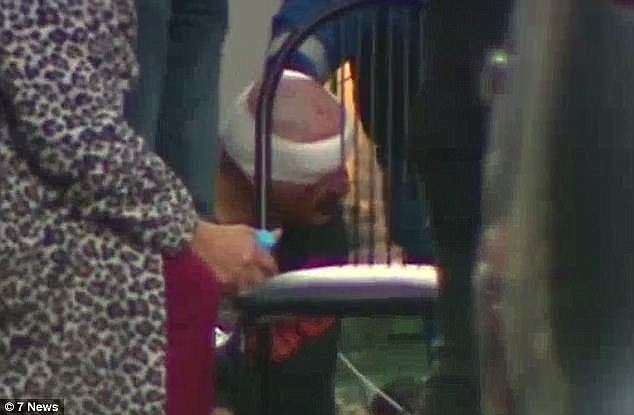 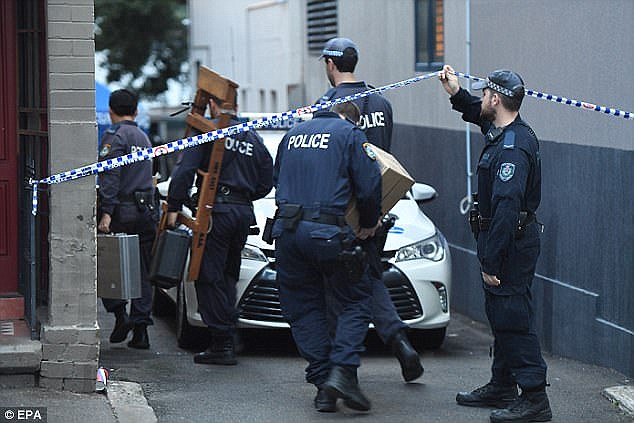 The tip-off of the terror plot came from a foreign intelligence agency that intercepted communication to the alleged conspirators from Syria, the ABC reported.

Khaled Khayat’s brother is believed to be a senior Islamic State figure while the other two men are related to Ahmed Merhi, who travelled to Syria in 2014 to fight for the jihadist group, the ABC reported on Monday.

Khaled Khayat reportedly has no criminal history and he has been pictured online wearing the jersey of his favourite rugby league team – the Canterbury Bulldogs.

Brothers Khaled and Mahmoud Khayat appeared in Parramatta Court this month and have been charged with two counts of planning a terrorist act, The Weekend Australian reported.

The group was arrested when police swooped on five properties in the Sydney suburbs on a July afternoon.

A number of ‘items of interest’ were seized during the searches at four of the properties.

The plan was ‘Islamist-inspired’, federal police have said.