Hilarious moment pitch-side reporter feigns a celebration as she is confronted by jubilant Hungary goalscorer Attila Fiola, who bangs her desk after leaping over barrier to share the moment with 61,000 home fans

Attila Fiola celebrated in dramatic fashion after giving Hungary a shock lead against France at Euro 2020.

The 31-year-old was overcome with joy as he found the net and proceeded to jump over a barrier. 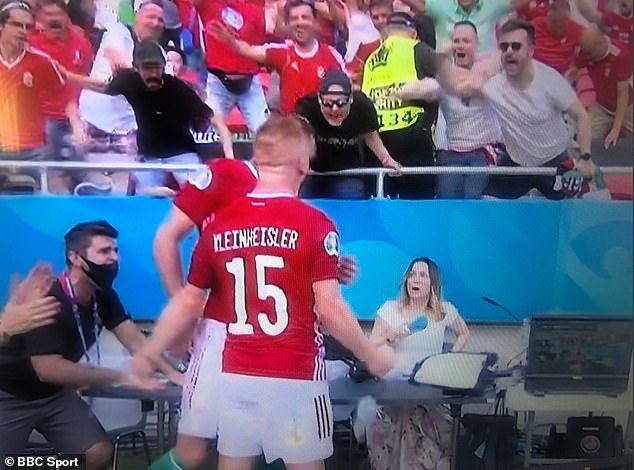 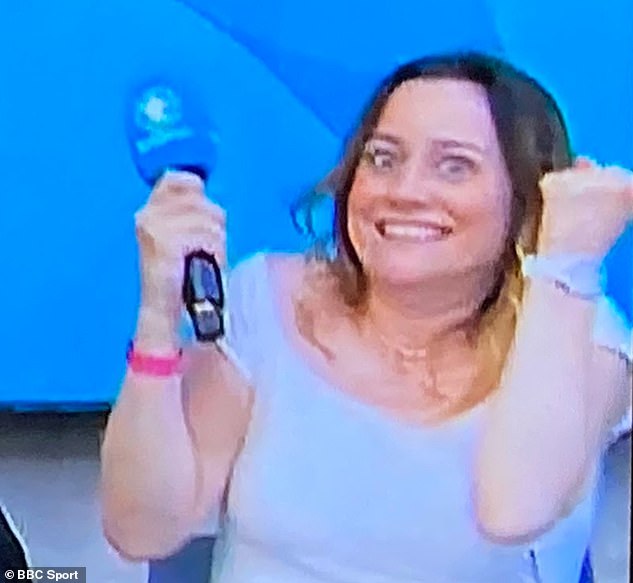 In hilarious scenes, the reporter feigned a celebration after Fiola had banged on the desk

In remarkable scenes, Fiola banged on the desk of a pitchside reporter, who hilariously then feigned a celebration.

Fiola pushed papers off the reporter’s desk, but she didn’t appear to mind.

There was a superb atmosphere in the Puskas Arena, with 61,000 supporters in attendance. 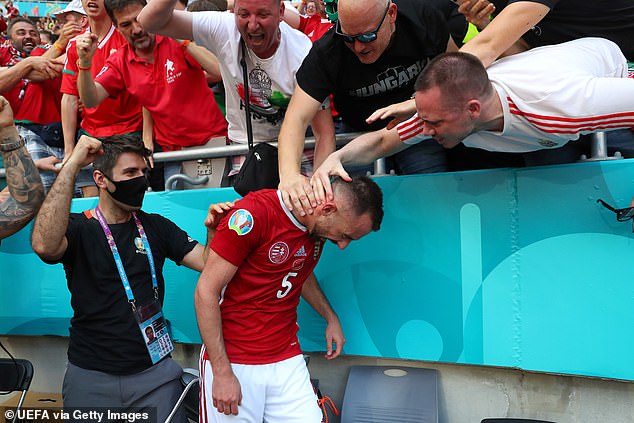 Fiola’s goal prompted jubilant scenes, with 61,000 fans in attendance at the Puskas Arena

Prior to the game against France, Fiola, a defender, had only previously scored once for his country in 34 appearances.

Despite Hungary taking the lead, France responded, with Antoine Griezmann equalising in the second half.

However, Hungary managed to hold on to get a point, with the game ending 1-1.

It was a hugely impressive performance from Hungary, who caused numerous problems for France and showed great spirit.