The European Court of Human Rights has ruled that a discrimination complaint by a gay rights activist after a Christian bakery refused to make him a cake is inadmissible.

The UK Supreme Court had in 2018 ruled that Gareth Lee was not discriminated against when Ashers bakery in Belfast refused to make him a cake iced with the slogan ‘Support Gay Marriage’.

Mr Lee referred the case to the ECHR, claiming the Supreme Court had failed to give appropriate weight to him under the European Convention of Human Rights.

But in a written ruling on Thursday, the ECHR said Mr Lee had failed to ‘exhaust domestic remedies’ in the long-running so-called ‘gay cake’ case.

The ruling said: ‘Convention arguments must be raised explicitly or in substance before the domestic authorities. The applicant had not invoked his Convention rights at any point in the domestic proceedings.

‘Because he had failed to exhaust domestic remedies, the application was inadmissible.’

The Christian Institute, which backed the owners of the Ashers bakery, welcomed the ECHR ruling today, saying it was the ‘right result’, but Belfast-based human rights group the Committee on the Administration of Justice described it as a ‘missed opportunity’ to clarify the law.

The high-profile controversy first flared when Mr Lee, a member of the LGBT advocacy group QueerSpace, ordered a £36.50 cake from the Ashers bakery, run by Daniel and Amy McArthur, in May 2014.

Daniel McArthur and his wife Amy, the owners of Ashers bakery, pictured in 2018 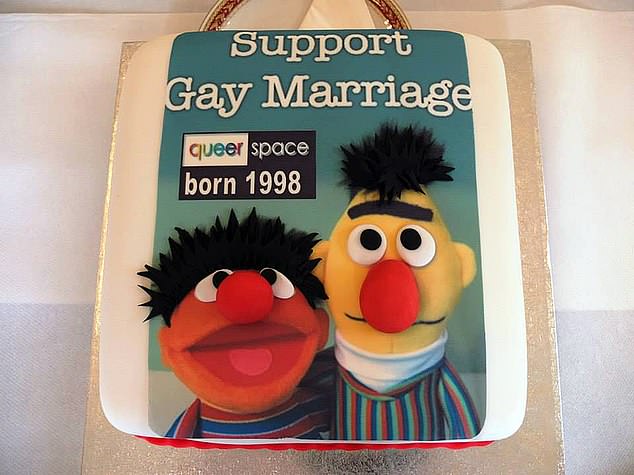 The Belfast bakers refused to make a cake decorated with the words ‘Support Gay Marriage’ (pictured: A cake with a similar design, made by another bakery)

The cake, which featured Sesame Street puppets Bert and Ernie, was intended for a private function marking the International Day Against Homophobia.

How the ‘gay cake case’ has been running for eight years

Timeline of the ‘gay cake case’

The order was accepted and he paid in full, but two days later the Christian owners of the company called to say it could not proceed due to the message requested.

Mr Lee, a member of the LGBT advocacy group QueerSpace, launched the legal case, supported by Northern Ireland’s Equality Commission, alleging discrimination on the grounds of his sexuality.

The case was fought in several courts, eventually in 2018 reaching the UK Supreme Court, which ruled that Mr Lee was not discriminated against when Ashers bakery refused to make him a cake with the slogan supporting gay marriage.

Mr Lee then referred the case to the ECHR, claiming that the Supreme Court failed to give appropriate weight to him under the European Convention of Human Rights.

But the ECHR in Strasbourg today ruled that the case was ‘inadmissible’, finding that Mr Lee had failed to ‘exhaust domestic remedies’ in the case, and he had not ‘invoked his Convention rights at any point in the domestic proceedings’.

Mr Lee had previously won hearings at the county court and the Northern Ireland Court of Appeal in 2015 and 2016, but the owners of Ashers – backed by the Christian Institute – challenged those rulings at the Supreme Court.

In 2018 five justices unanimously ruled that they had not discriminated against the customer. The Supreme Court’s then president, Lady Hale, said that the bakers did not refuse to fulfil the order because of the customer’s sexual orientation, but because they objected to ‘the message on the cake’.

Mr Lee then referred the case to the ECHR, claiming that the Supreme Court failed to give appropriate weight to him under the European Convention of Human Rights.

He claims that his rights were interfered with by the decision of the UK’s highest court to dismiss his claim for breach of statutory duty to provide services, and the interference was not proportionate.

In a previous hearing, the UK Supreme Court’s then president, Lady Hale, said the McArthur family hold the religious belief that ‘the only form of marriage consistent with the Bible and acceptable to God is between a man and a woman’.

She said: ‘As to Mr Lee’s claim based on sexual discrimination, the bakers did not refuse to fulfil his order because of his sexual orientation.

‘They would have refused to make such a cake for any customer, irrespective of their sexual orientation.

‘Their objection was to the message on the cake, not to the personal characteristics of Mr Lee or of anyone else with whom he was associated.’ 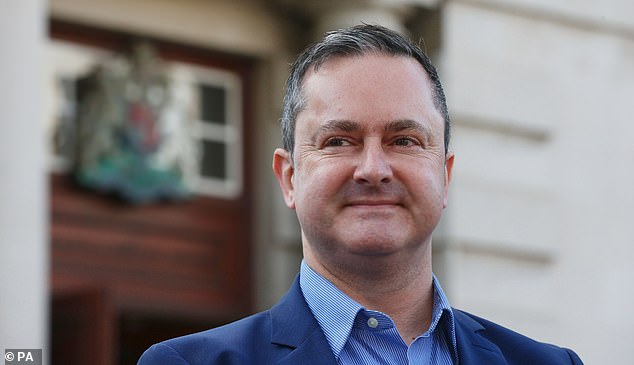 In 2018, the UK Supreme Court ruled that Northern Ireland gay rights activist Gareth Lee was not discriminated against 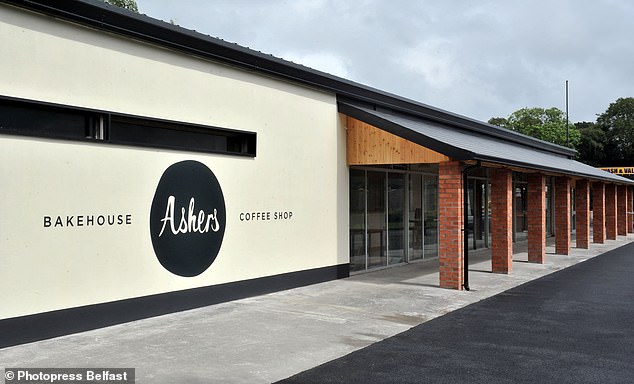 The high-profile controversy first flared when Mr Lee, a member of the LGBT advocacy group QueerSpace, ordered a £36.50 cake from the Ashers bakery, run by Daniel and Amy McArthur, in May 2014

Mr Lee said at the time that the refusal to make the cake made him feel like a ‘second-class citizen’.

The Christian Institute welcomed the ECHR ruling, saying it was the ‘right result’.

Spokesman Simon Calvert said: ‘The UK Supreme Court engaged at length with the human rights arguments in this case and upheld the McArthurs’ rights to freedom of expression and religion.

‘It was disappointing to see another attempt to undermine those rights, so it is a relief that the attempt has failed.

‘I’m surprised anyone would want to overturn a ruling that protects gay business owners from being forced to promote views they don’t share, just as much as it protects Christian business owners.

‘The ruling in October 2018 by five of the country’s most distinguished and experienced judges was welcomed by lawyers, commentators and free speech experts from across the spectrum.

‘They all knew of the implications for freedom of speech and religion, had the decision gone against Ashers.

Belfast-based human rights group the Committee on the Administration of Justice (CAJ) described the ECHR ruling in the ‘gay cake’ case as a ‘missed opportunity’.

Daniel Holder, deputy director of the CAJ, said: ‘The European Court of Human Rights having not been able to deal with this issue on a technicality is a missed opportunity for it to clarify its case law on sexual orientation and discrimination in the private sector, particularly when it is said to relate to the message rather than the customer.

‘We believe this leaves an ambiguity whereby individuals and organisations across Europe actively campaigning on gay rights would be particularly vulnerable to a commercial business refusing to provide services like printing posters, leaflets, setting up websites, etc, through claiming an exemption to non-discrimination laws on the basis of ‘it’s not you, it’s your message’.’