Dave Stewart gained worldwide fame as one-half of the Eurythmics with Annie Lennox, beginning with their 1983 hit song Sweet Dreams (Are Made of This).

The multi-instrumentalist would go on to become a coveted writer and record producer for other top artists like Tom Petty And The Heartbreakers, Mick Jagger, Jon Bon Jovi, Bryan Ferry, Stevie Nicks, Joss Stone and No Doubt.

And Stewart has revealed he worked with the relatively unknown Katy Perry at his studio in Surrey, England, inspiring her to write her 2008 hit I Kissed A Girl.

The spark: Dave Stewart revealed he inspired Katy Perry to write her massive 2008 hit song — I Kissed A Girl — during sessions at his studio in Surrey, England; the pair are pictured in 2009

The song is now recognized as the 10th best-selling single of the 21st century.

Rewind to the 2007-2008 era, and Perry was looking to kick-start her pop career some six to seven years after her first solo album, the Christian rock-inspired Katy Hudson, was a commercial failure.

She would turn to Stewart, and stay at his farm in rural England, in hopes of finding that musical magic that all artists hope will fall into their lap.

‘You know a lot of young songwriters, they start off trying to write a song about the world and they try to fit everything into the song,’ Stewart remembered of his sessions with Perry during an interview on Deep Hidden Meaning Radio With Nile Rodgers on Apple Music 1.

The British native would go on to divulge how he often likes to suggest artists write ‘about a blade of grass or something, really the tiniest thing you can think that had a massive effect on you.’ 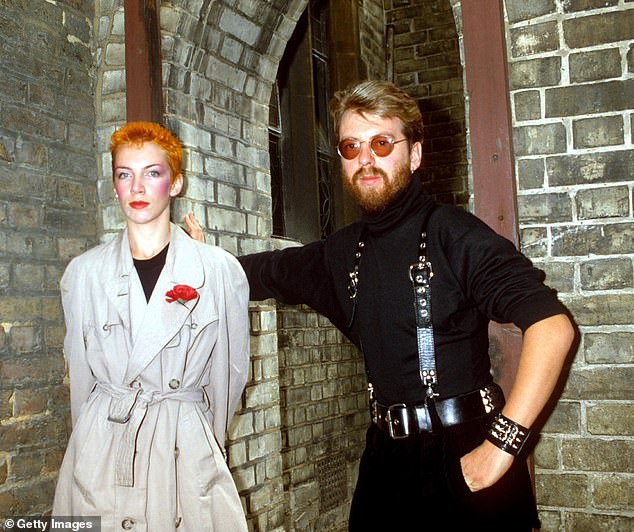 Hitmaker: Stewart gained fame as one-half of the Eurythmics with Annie Lennox, and went on to become a coveted writer and producer for other top artists like Tom Petty And The Heartbreakers, Mick Jagger, Jon Bon Jovi, Bryan Ferry, Stevie Nicks, Joss Stone and No Doubt

Needing a boost in confidence and inspiration, Stewart would use that mantra of philosophy on Perry after she had been writing a lot of songs about big topics.

‘And I said, “You should just write about whatever you’re feeling and things that happened that blew your mind.”‘

That would be the spark for her musical magic moment as she quickly shot back: ‘I kissed a girl and I liked it.’ Feeling she had grasped exactly what what he was looking for from her, he shot back, ‘You’re talking my language there.’

Perry confirmed the experience during an interview with This Morning in 2009.

‘As well as me growing up and having all these new experiences as a young woman, I had an artistic breakthrough in Surrey with Dave Stewart,’ she revealed.

‘He said, “Why don’t you write down all these things you’re going through?” After that, I didn’t have an edit button.’ 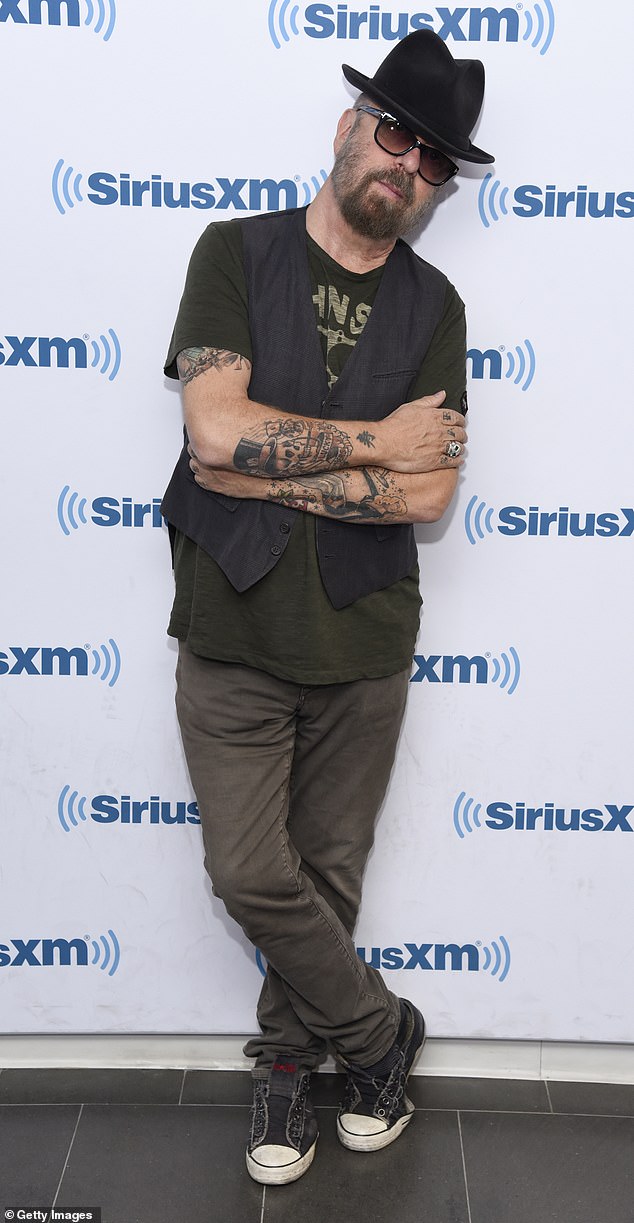 Stewart, now 68, said he suggested Perry ‘write about whatever you’re feeling and things that happened that blew your mind’

Of course, the rest of the story behind the ultra-catchy and risque tune is well documented music history.

I Kissed A Girl became the lead single off her second studio album, One Of The Boys, that dropped in April 2008.

The song went to number one on the Billboard Hot 100 chart for seven consecutive weeks, and has since sold 4.8 million digital copies in the US alone.

Stewart wound up producing and co-writing the song I’m Still Breathing with Perry for the One Of The Boys album. 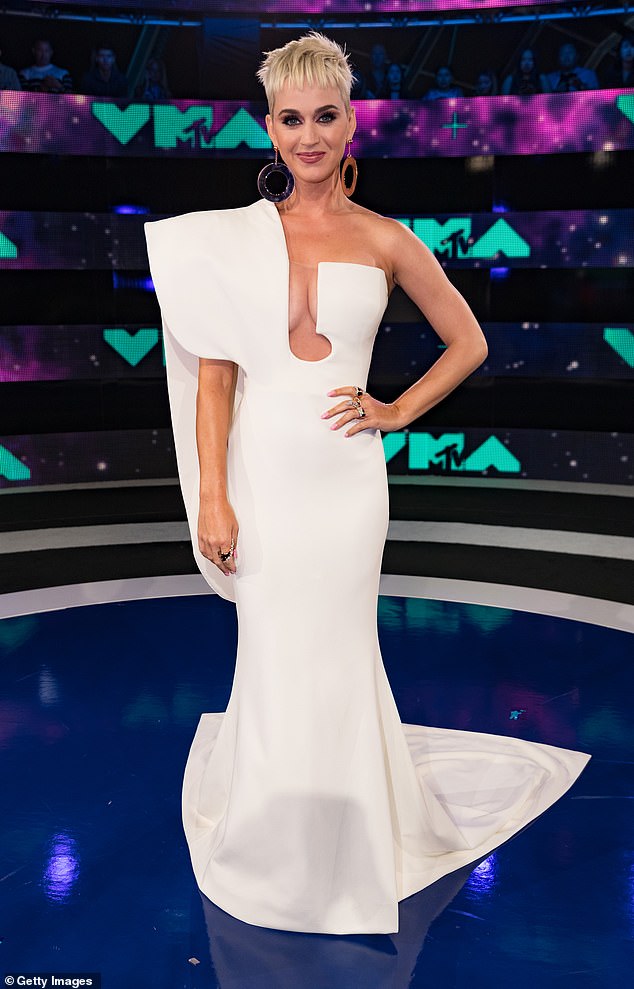 Musical magic: Perry confessed she ‘didn’t have an edit button’ after working with Stewart and finding the spark to write I Kissed A Girl, which went on to become a massive worldwide hit