While bedding a young Brad Pitt might have been the highlight of filming Thelma & Louise for most other actresses, for Geena Davis it was actually meeting Susan Sarandon. The 1991 hit sees the two women set off on vacation, shoot a rapist and go on the run, evading capture by driving off a cliff to their eventual deaths. It’s a seminal feminist road movie, ‘and Susan was my role model’, Davis admits. ‘I’d have little ideas about what I wanted to tinker with on the script and subconsciously was thinking: what’s the girly way I can approach this? But Susan didn’t pick the right time or measure somebody’s mood. She just said: “This is my opinion.” She did it in a very non-confrontational way and it served me so well to see that.’

Davis has become a powerful female force in Hollywood. She’s a Mensa member and even a semi-finalist at the US archery Olympic trials: after Thelma & Louise there seemed nothing she couldn’t do. Except, it transpires, get decent film roles in her 40s.

‘It was as if the figure four in front of my age was like a switch flipped,’ she says. ‘When I was starting out, it seemed like every year Meryl Streep and Glenn Close would have extraordinary roles and I thought there was nothing to worry about.’ As it turned out, the one movie role she did get during that decade was as the mother of an animated mouse in the Stuart Little films. ‘I did think: even if it does happen [to actresses in their 40s], it’s not going to happen to me. Look at all this great stuff I got to do before. So it was very disappointing.’

Now 61, the 6ft Davis cuts an impressive figure as she enters the restaurant in Santa Monica. She admits that she ‘resented it terribly’ when the roles dried up, ‘but something great does eventually come along. Look at Marjorie Prime.’

Her latest movie is set in the near future, it centres on octogenarian Marjorie (Lois Smith), a woman in failing health whose son-in-law Jon (Tim Robbins) has given her a Prime – a consoling holographic re-creation of her late husband Walter (Jon Hamm). While the Prime provides comfort to Marjorie, her daughter Tess (Davis) is less convinced. 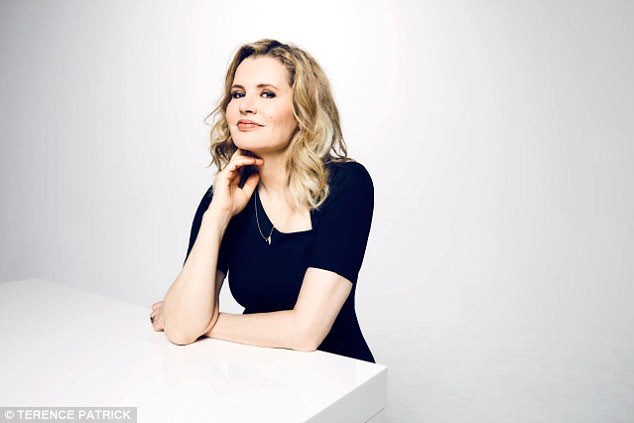 The film is already earning Davis some of the best reviews of her career, and though she exudes confidence now, she says she was so shy as a child, ‘that I remember hiding behind my mother, not wanting to talk to people’. By her own admission it took years before she found her own voice, a trait not aided perhaps by one particularly unpleasant experience on a movie set. ‘On the first morning, out of nowhere, the male star started bullying me, saying: “Don’t think you’re all that. We’re not going to put up with any s*** from you.” I have a good reputation for being easy to get along with,’ says Davis, ‘but before we’d even started, he was implying that I was going to be a problem. We went to shoot the first scene and it was all I could do not to cry.’ Later, he admitted he had cut her down, ‘because I’d won an Oscar and he was afraid I’d be all: “I’m so awesome”,’ Davis explains. Did he ever apologise? ‘Oh, no! He thought he was completely in the right to do that. But if something like that happened to me now, I pity the person who says it.’ 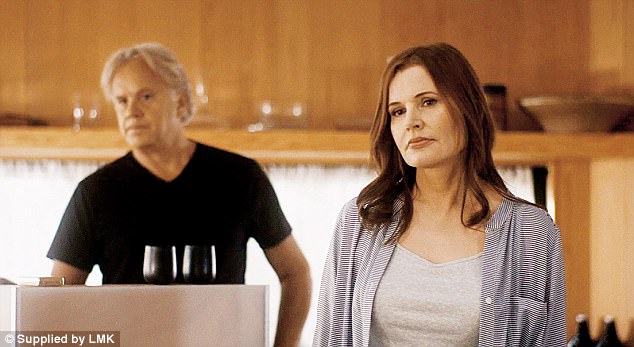 Davis acknowledges that there is ‘a deep level of sexism in Hollywood’ and that ‘it’s only as time goes on that one notices things more and more’. Coincidentally, she is revealing all this just a few days before the Harvey Weinstein story breaks. ‘I didn’t have any of that classic “Sleep with me and you’ll get the part”,’ she says. ‘But there was one project I was on where I always kissed everybody hello. As I was hugging and giving a kiss to the director he said, “Ah, my favourite part of the day, when I get to feel you up.” I told him that was completely inappropriate, just in a friendly way, and he got flustered and said: “But I’m the biggest feminist!” I said, “OK, but I’m just pointing it out.”’

Growing up in Massachusetts, Davis started out as a model before being cast in her first movie, the Oscar-winning Tootsie, starring Dustin Hoffman. Further hits ensued including The Fly (1986) and Earth Girls Are Easy (1988) with second husband Jeff Goldblum (her first marriage, to actor Richard Emmolo, lasted less than a year), as well as the 1988 cult classic Beetlejuice with Michael Keaton. The year after, she won a Best Supporting Actress Oscar, opposite William Hurt in The Accidental Tourist, followed by Thelma & Louise.

Davis then starred in two action movies – Cutthroat Island (1995) and The Long Kiss Goodnight (1996) – both directed by her third husband, Renny Harlin, and one wonders whether during that time she ever fought for pay parity with her male co-stars? 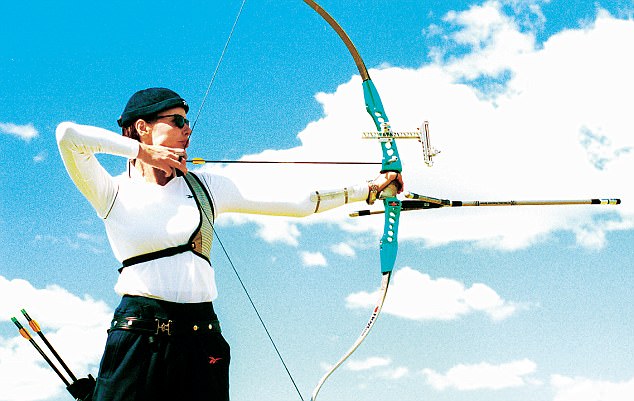 ‘No,’ she says. ‘I started playing a lot of lead female characters and somehow I know that the man was getting much more than me, but I never questioned it. I bought into this whole ranking thing, where that person is a much bigger star and so gets paid more, which you can’t completely discount. But now I’d be much more pro-active about finding out what co-stars are earning. We all got paid the same on Marjorie Prime.’

Though Davis’s lead movie roles started to dry up by the late Nineties, her personal life was perking up. She met plastic surgeon Reza Jarrahy and they married in 2001. Jarrahy, 15 years Davis’s junior, is husband number four. ‘I did say to him, “Who’s dumb enough to be the fourth husband?” and he said, “I guess I am!”’

She had her first child at 46 – daughter Alizeh, 15 – and at 48, her twin boys, Kian and Kaiis, 13. And it was while watching television with her kids that she noticed male characters outnumbered female characters by three to one. It led her to founding the Geena Davis Institute on Gender in Media, which works to eradicate gender bias in family entertainment. In addition to all that, she also learned archery, qualifying for the Olympic trials at 43 within two years of taking it up.

As a Hollywood leading lady, Davis is as intriguing as they come – a late bloomer and forerunner all at the same time. Before she leaves, a young woman approaches the table to thank her, ‘for all the work you’ve done for women, before it was chic and trendy’. Davis grins. Even her role model Susan Sarandon would have to be impressed with that.

‘Marjorie Prime’ is released on November 10