Evidence against Chris Dawson will show the 70-year-old is ‘lying’ to cover tracks, prosecutors say

Evidence against accused murderer Chris Dawson will show the 70-year-old is ‘lying to cover his tracks’, prosecutors allege.

Dawson, a former Newtown Jets rugby league player, has been charged with the murder of his wife Lynette in Sydney’s northern beaches in early 1982.

At Sydney’s Central Local Court on Friday, senior crown prosecutor Craig Everson said there was no indication Lynette wanted to leave her family, The Australian reported.

‘She didn’t collect her last pay cheque… she left her contact lenses at home… her clothes were left behind, all of them,’ he said.

Dawson intends to plead not guilty to the murder of the mother of two of his children.

The former PE teacher, who appeared via video link from Silverwater prison, snapped when the prosecutor argued bail was dangerous as his identical twin brother, Paul, could pretend to be him allowing Dawson to flee the country.

‘You’re kidding,’ Dawson responded with the magistrate later telling him it was ‘best you stay quiet’.

Mr Everson told the court Dawson was very ‘persuasive’ and was able to convince family and friends Lynette walked out on the family.

But they were seemingly unaware Dawson had been ‘grooming’ his 16-year-old student turned lover – who he later had a child with.

He wrote her a Christmas card the month before the disappearance of his wife, reading: ‘To my darling Joanne, wishing only our happiness forever.’

Dawson shook his head while sobbing as the allegations about the closed door marriage counselling session were discussed.

Mr Everson said during the appointment Dawson told his wife: ‘If this doesn’t work, I’ll get rid of you,’ ABC reported. 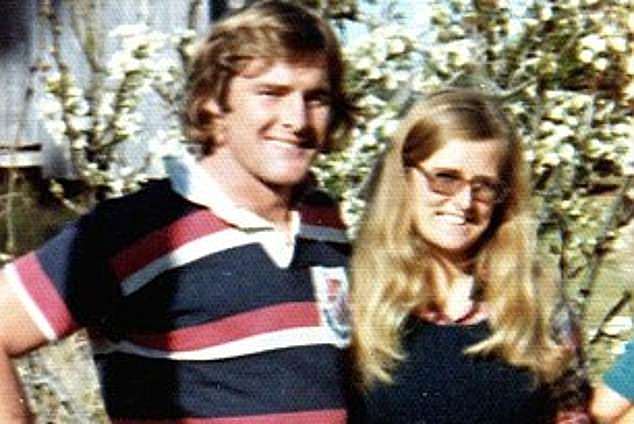 Lynette, pictured with Dawson, was 33 when she disappeared in 1982 leaving behind two young daughters

He said Dawson claimed Lynette called him several times the week after disappearing but no one else heard from here.

Further, sightings of Lynette in the months after her disappearance were from a distance or unconfirmed, Mr Everson told the court.

One of the sightings alleged Lynette had been driving a vehicle despite being unable to drive and without a car.

Dawson’s lawyer Greg Walsh said during the proceedings the case against Dawson was entirely circumstantial.

In addition, he argued Dawson hadn’t been given a fair trial due to media persecution.

‘It is difficult to know whether people’s beliefs and memories had been shaped by the disappearance of Lyn Dawson,’ he said.

‘This commentary has been fundamentally prejudicial in giving this man the right to the presumption of innocence,’ he said. 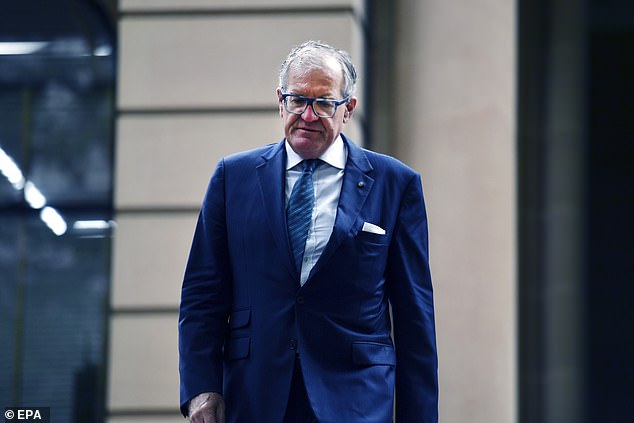 ‘It is very important that his arrest and charge is not a determination of guilt — this man is entitled to the presumption of innocence, it’s a fundamental right.’

Lynette was 33 when she disappeared in 1982, leaving behind two young daughters.

Her husband reported her missing almost six weeks later, and her body has never been found.

The case was the subject of The Australian newspaper’s investigative podcast The Teacher’s Pet, which brought the case back into the public eye.

NSW Police, which reopened the cold case in 2015, said fresh statements from at least two witnesses led to the arrest of the former footy player on the Gold Coast on December 5.

The accused killer, who was living at Coolum Beach, was extradited from Queensland on December 6.

Bail will be determined on Monday.