The ex-boyfriend of Algarve acid attack victim Ellie Chessell should face the maximum 25 years in jail for his ‘macabre and repulsive’ crime, a state prosecutor told a court on on Monday.

Carla Neto said in a closing speech on the last day of Claudio Gouveia’s attempted murder trial there could be no doubt about his guilt.

‘He plotted a cruel plan I say any ordinary person would find macabre and repulsive,’ she told the three women judges tasked with deciding the defendant’s fate.

‘His actions resulted in very serious injuries for the victim on the whole of her body and it didn’t have worse repercussions only because she received quick help.

‘If it hadn’t been for that, he could have taken her life.’ 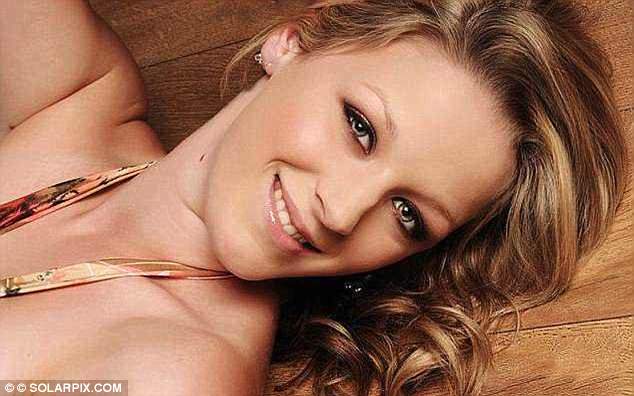 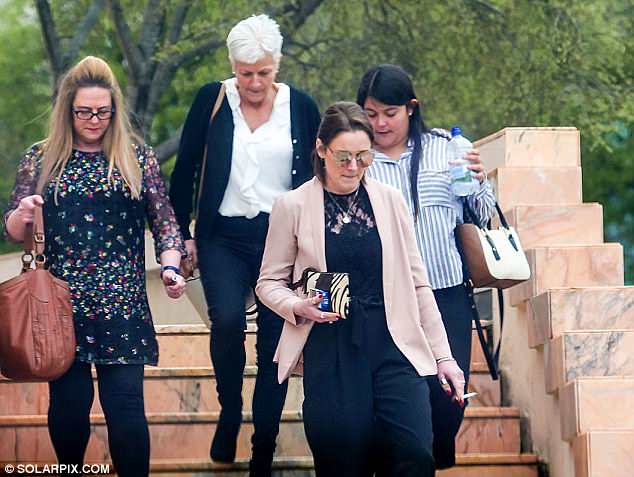 Urging the judges to punish him with an ‘exemplary sentence’ after accusing him of assaulting Ellie repeatedly during their near two year relationship before sending her death threats when she walked out on him, she added: ‘In one of the messages he sent her he said he wanted to ‘rip her face off with all his strength.’

‘Another sent to the victim’s mum said: ‘I’m going to burn your face.’

‘It is obvious he became obsessed by the idea of putting into practice the aims revealed in those messages.’

Gouveia, 35, from Madeira, is accused of ordering an alleged accomplice pal to target the pretty British travel rep near the hotel she relocated to after leaving their home on the Atlantic island where they met.

Ellie, 29, from Newport, Isle of Wight, cheated death but was left with lifelong scars in the May 6 2017 attack in Alvor near Portimao.

Gouveia was told on Monday he will learn his fate on June 12 in an open court session in which lead judge Cristina Mira will announce verdict – and sentence if he is found guilty of attempted murder and domestic violence.

Domestic violence carries a maximum five-year prison sentence in Portugal and attempted murder is punishable by 12 to 25 years in jail.

Under Portuguese law Gouveia could only be jailed for 25 years even if he is convicted of both crimes. 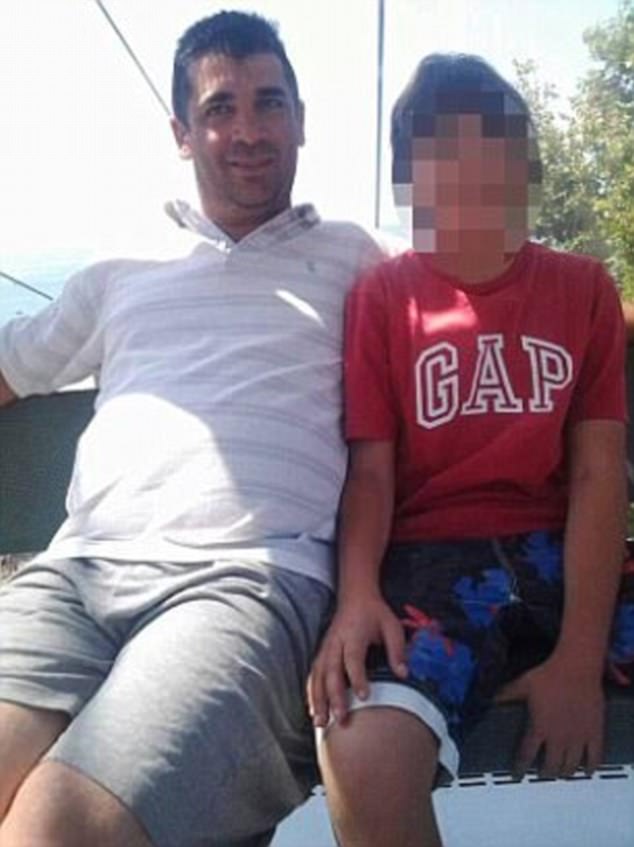 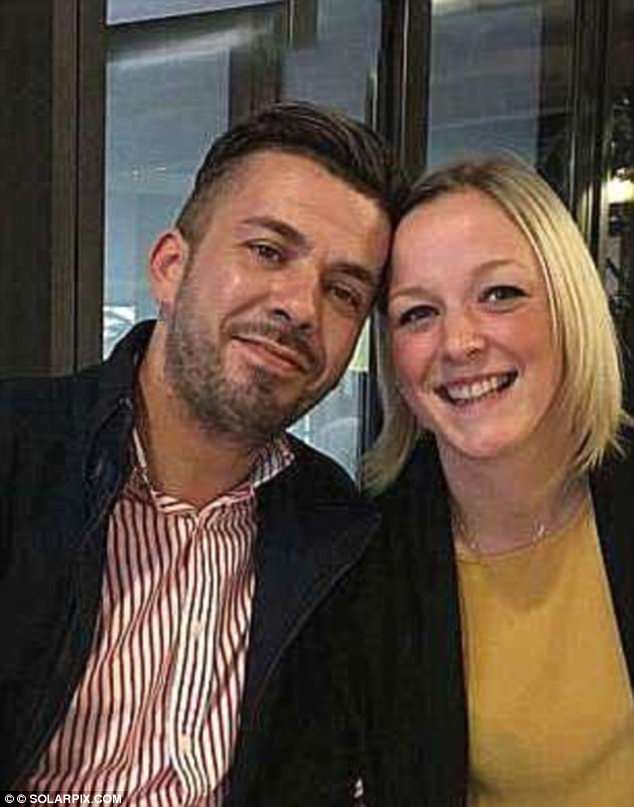 Gouveia, 35, from Madeira was in a relationship with Ellie, 29, from Newport, Isle of Wight, for nearly two years

His alleged accomplice, Edmundo Helder Rodrigues Fonseca, also from Madeira, is due to be tried separately in a two-day trial starting next month.

He was hauled into court for the first time during Gouveia’s trial on Monday to face questions about the acid attack.

Rodrigues Fonseca is accused of throwing acid over Ellie after her ex allegedly lured her out of her hotel by posing as a wealthy businessman called Diogo and setting up a date using a fake Tinder account.

The 44-year-old, arrested last year in Uganda, east Africa for drugs offences and extradited to Portugal in May, told the court trying Gouveia in Portimao: ‘I want to remain silent.’

Ellie’s ex – who was taken out of court before his alleged accomplice took the witness stand – said on his return after being allowed permission to speak to the judges: ‘I don’t know what else I can do. ‘Only Edmundo can tell the truth and now he doesn’t want to speak.

‘He is using my trial to prepare his. I am innocent. I had nothing to do with this. Ellie and I had a fantastic relationship, we never had problems. I feel sad and wronged.’

The last day of evidence began with Ellie’s former boss at travel firm TUI telling the court Ellie left Madeira in March last year for the Algarve after confiding in her Gouveia ‘beat her very badly.’ 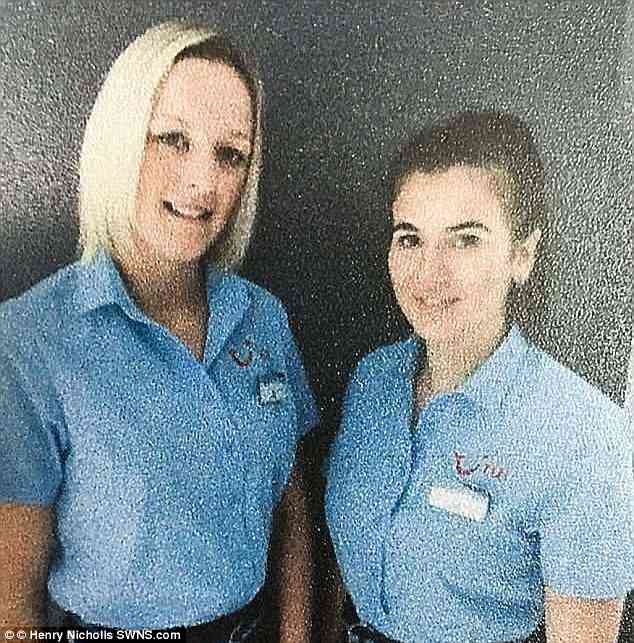 TUI manager Yvette Travers said: ‘We arranged a place for her in the Algarve. Ellie told me she was receiving messages from him.

‘I found out about the acid attack the day after it happened and I thought right away about her ex-boyfriend because of the messages. Ellie told me the content and some weren’t very nice.

‘I know he warned her in one he would burn her face.

‘I visited her in hospital in Lisbon. She was bandaged from her head to her chest like a mummy. She was trying to be happy but it was very difficult to see her like that.

She added: ‘It is very difficult for her to move on until this ends. Her career is on hold.’

Gouveia, who claims his alleged accomplice targeted Ellie alone without his knowledge, will now remain in custody until verdict next month.

He is being held at the same prison in the Algarve town of Silves as Rodrigues Fonseca.

Gouveia’s defence lawyer Etelvina Gomes said in her summing-up the evidence pointing to her client assaulting Ellie was ‘extremely fragile.’

Insisting no-one had seen him in the area where the Brit travel rep was attacked and there was no proof he had created the fake Tinder profile, she added: ‘There are email messages sent from accounts he recognises are his, but there is no proof the other accounts belong to him and it was those accounts the threats were sent from.’