‘Cristiano told Carlo he’s not comfortable as a striker, he didn’t want his back to goal’: Former Real Madrid assistant Paul Clement reveals fascinating tactical chat between Ronaldo and Ancelotti

Paul Clement has revealed a fascinating tactical chat between Cristiano Ronaldo and Carlo Ancelotti while they worked together at Real Madrid.

Ronaldo played under Ancelotti during the years of 2013-15, scoring 48 goals and winning the Champions League during the latter’s first season in charge at the Bernabeu.

But Ronaldo’s return may not have been anywhere near that special if it wasn’t for a tactical discussion with the Italian manager when he arrived in Madrid.

Clement, who worked with Ancelotti during his spell at the Bernabeu, has revealed that Ronaldo didn’t want to be a striker as he wasn’t ‘comfortable’ in that position.

Speaking to Stadium Astro, Clement fascinatingly spilled all on their discussion: ‘Carlo had an idea that Cristiano would play as a striker, either with (Karim) Benzema or Benzema would come into the game.

‘He wanted to free him up more so he could become more of a goalscorer and less responsibility because when you play wide you have to track back. He started it off like that in the pre-season, I’m not sure if it actually went into the season but certainly the early part of when we were there, but he said to Carlo “I’m not comfortable of playing in that position because my back is to goal and that’s not my strength”. 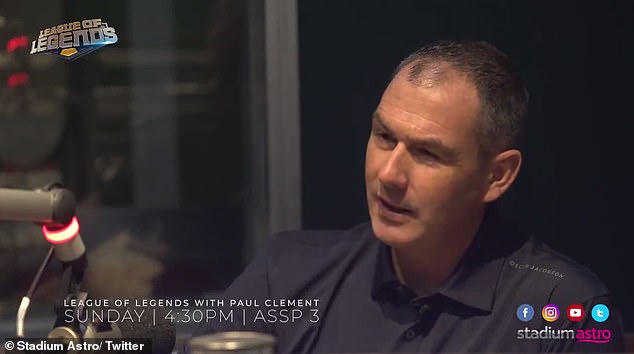 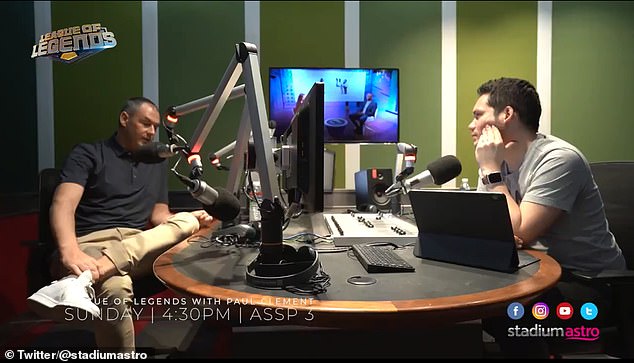 ‘He said: “I prefer coming in from the left, running at defenders and shooting or providing crosses”. And a great sign of Carlo’s management is that he didn’t say “You’re going to play as a striker and you’re going to do great there, Cristiano you need to be comfortable”.

‘We knew that if Cristiano went forward that Angel would have the ability to come across to provide cover and help Marcelo, who was at left-back. We knew what he liked and what he was good at and Carlo gave him the opportunity to go and do that.’ 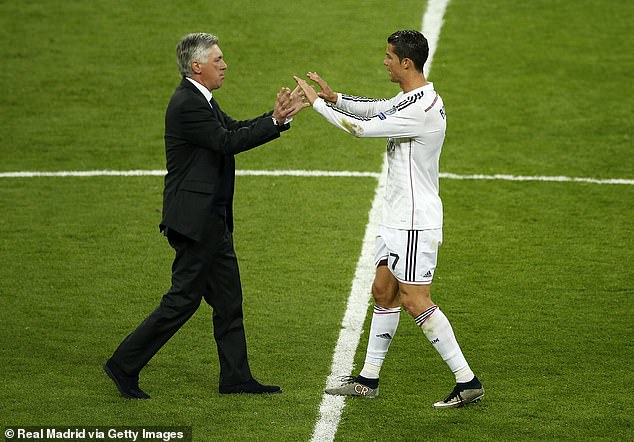