As the show gears up to welcome a host of new singletons this weekend, Love Island has switched up the rules by introducing a social media ban on islanders’ accounts for the first time ever.

And the change has gone down a treat with former islanders Paige Turley and Finley Tapp, who admitted to MailOnline this week that it will ‘take the stress away from contestants’ friends and family’.

The couple, who won the series in 2020, recalled the running of their respective social accounts as being a ‘full time job’ for loved ones while they spent time in the villa.

According to the show’s updated regulations, Islanders’ accounts will remain dormant while they are on the show, so that nothing is published on their behalf.

EXCLUSIVE: ‘It’s like a full time job for the families’: Love Island’s Paige Turley and Finley Tapp have praised ITV2’s social media ban ahead of the new series during a chat with MailOnline

In previous series of the dating show, islanders have handed over control of their social media accounts to friends and families back home to post on their behalf.

But with this now coming to a halt, Paige and Finn revealed that judging from their own experience – it could be a good thing.

‘What I found was that it’s your family on the outside who are seeing all the commotion and what everyone is saying online, and they’re being left on cliffhangers with the show too,’ Paige told MailOnline.

She continued: ‘So our families had more of a rollercoaster than us with it.’ 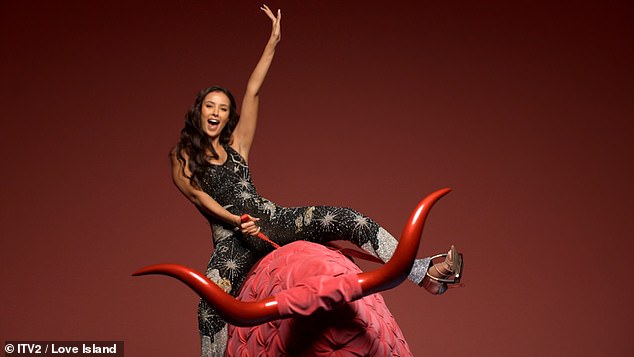 Coming soon: The new series, hosted by Maya Jama, kicks off on January 16 and has a brand new set of rules – including a ban on social media usage from the Islanders accounts 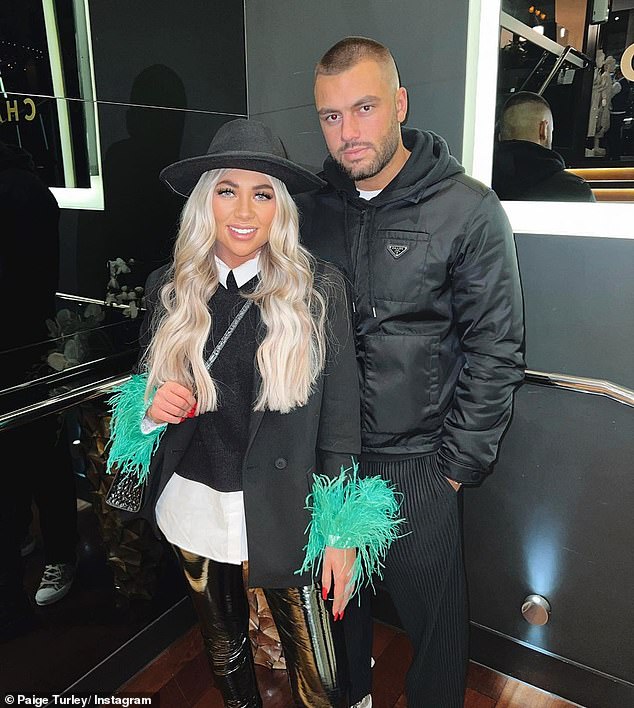 Pressure: Paige and Finn, who won the series in 2020, recalled the running of their respective social accounts as being a ‘full time job’ for loved ones while they spent time in the villa (pictured in 2022)

Finn echoed his girlfriend’s thoughts, adding: ‘We’re oblivious to everything that’s going on.

‘I remember coming out and one of my pals was doing it for me and he said he had to recruit like the rest of my family to help because he had so much to post.

He concluded: ‘It was like a full time job and was quite consuming so I think it will be less stressful for the families.’

While Paige added: ‘Especially if social media isn’t your job, it was quite challenging for those people. So, it will probably be much less stressful for the families’. 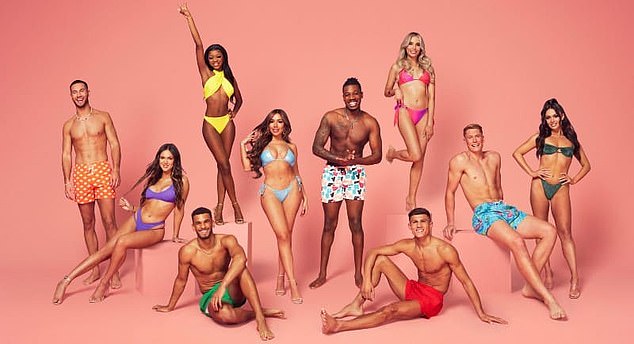 Contestants: As part of extended measures to protect both the Islanders and their families, they will be asked to pause handles and accounts on their social media platforms for the duration of their time on the show 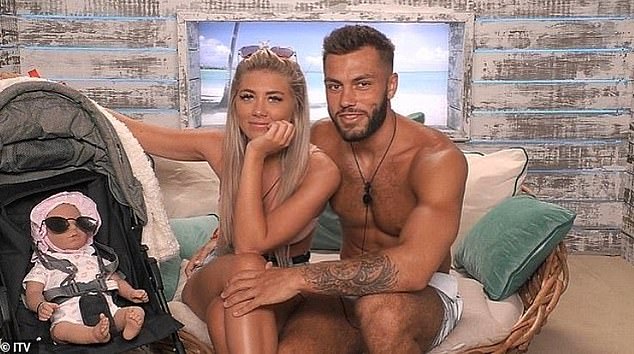 Thinking back: ‘I remember coming out and one of my pals was doing it for me and he said he had to recruit like the rest of my family to help because he had so much to post,’ said Finn

Paige and Finn won the dating show in 2020 for it’s first winter Love Island series in South Africa, with the second series just days away.

And ITV2 has an updated duty of care for this series, after the 2022 summer series, which is filmed in Mallorca, received more than 5,000 Ofcom complaints, with viewers sharing their concerns about ‘misogynistic behaviour and bullying’.

As part of extended measures to protect both the Islanders and their families from ‘the adverse effects of social media’, participants will be asked to pause handles and accounts on their social media platforms for the duration of their time on the show.

Additionally, ahead of entering the Villa, Islanders will also receive guidance and training around mutually respectful behaviour in relationships. 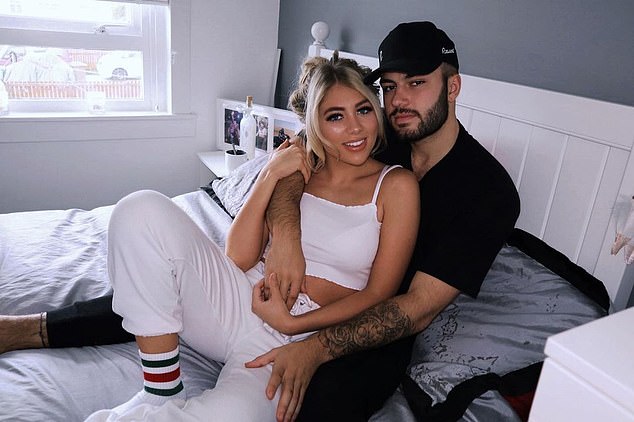 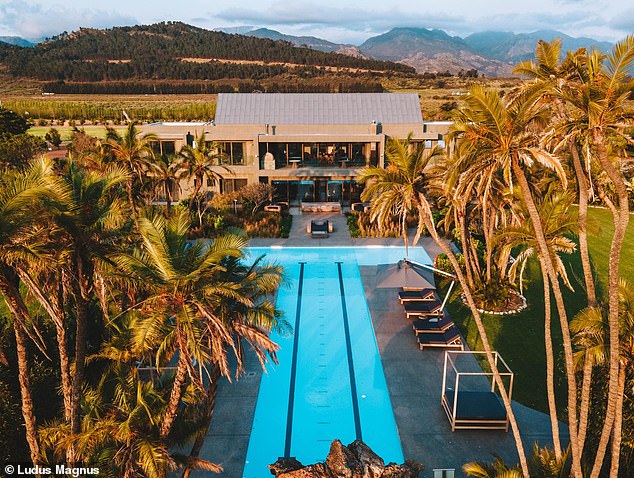 Incredible! Love Island bosses have reportedly splashed out on a £1.2million villa which will see the contestants compete like Gladiators to win the show’s sportiest season yet

Participants will be offered resource links to ‘read up on, in advance of meeting their fellow Islanders, to help them identify negative behaviours in relationships and understand the behaviour patterns associated with controlling and coercive behaviour’.

And with the launch just days away, ten contestants have already been confirmed to make up the original line-up.

While for the first time, viewers have been given the power to choose who will be the first bombshell arrival of the series – with the vote open to choose between hunky footballer Tom Clare or Business Development beauty Ellie Spence. 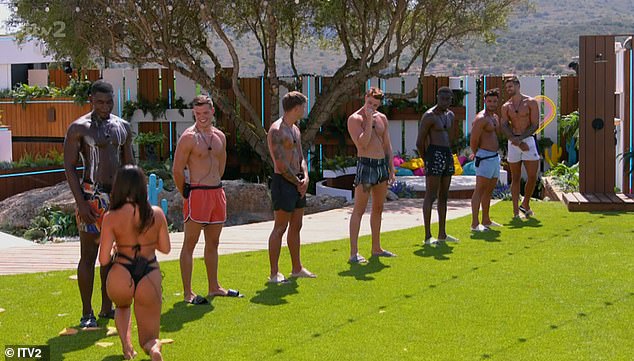 Important: They announced their new duty of care measures for 2023 in recent weeks, after receiving more than 5,000 Offcom complaints during the last season

Something not many people know about her: ‘I have Vitiligo, which is a skin pigmentation, you may not even notice it.’

‘It’s on my lip and I have a stripe on my hair. Not many people know that but I think it’s quite cute.’

‘I don’t care about covering it up all the time, I think it’s a vibe.’

Something not many people know about her: ‘In my work as a makeup artist I’ve worked with lots of celebrities.

‘Also, when I was 6-years-old I used to live in Spain and I was in an episode of Benidorm as an extra.’

Something not many people know about her: ‘I went on a date once and I never saw him again.’

‘We went for food and shared a bottle of wine. As I was speaking to him he fell asleep!’

‘I had to clink his wine glass to wake him up.’

Something not many people know about her: ‘My celebrity crush is Channing Tatum – I don’t like pretty boys, they give me the ‘ick’ because they always have a crap personality.’

‘Channing Tatum is handsome but not too pretty. He’s manly and he can dance.’

‘If a man can dance I’m in love with him straight away.’

Something not many people know about her: ‘I did a film with Jason Statham and had a nice 10-minute convo about life.’

‘I’ve been a ring girl for KSI, I played a waitress in James Bond with Daniel Craig and I’ve also been a body double for Michelle Keegan and Emma Watson.’

Something not many people know about him: ‘I’m a Jamaican citizen. Because of that I played rugby 7s for Jamaica.’

Something not many people know about him: ‘On meeting me, you’d never know I am blind in one eye.’

‘It was the result of a football injury when I was 8. I’ve got two different coloured eyes, one blue and one green.’

Something not many people know about him: ‘Every night I light a candle and meditate for 20-25 minutes.’

‘A girl I was seeing told me to meditate, I tried it and loved it. I stopped seeing her and carried on meditating!

‘It’s a nice way to self reflect.’

Something not many people know about her: ‘I’m a very emotional person. It can be a blessing and a curse.’

‘Every time I watch Dear John I cry.

That’s my favourite film. Any time I’m with someone and they say, ‘Let’s watch a romantic film’, I’m like, ‘How about Dear John, how does that sound?’

Something not many people know about her: ‘I’ve never found love. I think this is the show that can help me.’