Unemployed Isaac Watson was snared after different people recognised an E-fit image of a wanted sex predator and contacted the police with his name.

The 24-year-old admitted carrying out a series of sexual assaults in his home town of Eastbourne, East Sussex, between 2012 and 2017.

He had denied four other sexual assaults which, at the request of the Crown Prosecution Service, were left to lie on the court file.

Watson will have to serve the first two-thirds of this eight-year sentence in prison before being allowed to apply for parole. On eventual release he will be on strict licence conditions for a further six years, and will also be a registered sex offender for life. 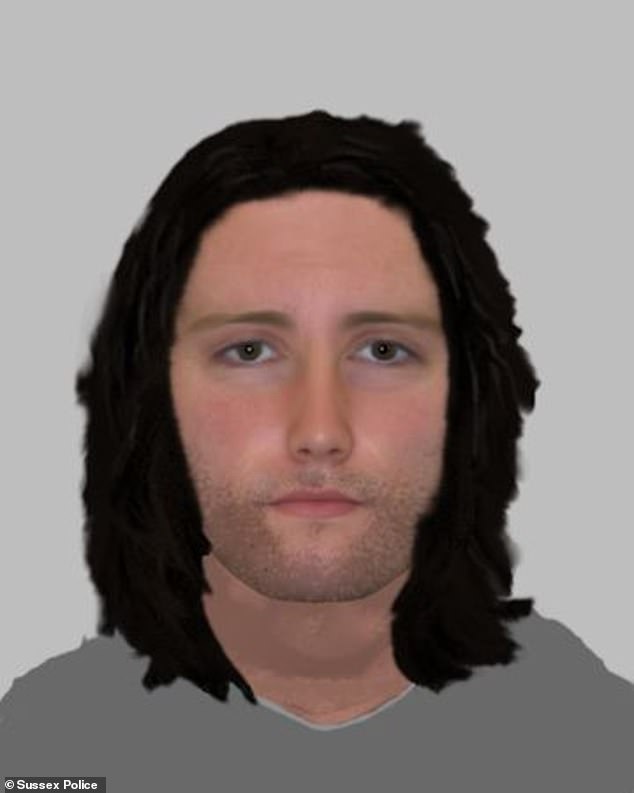 Watson was identified by this E-fit drawn up by police with the help of an 11 year old girl, who was a witness to one of the attacks. The 24-year-old Watson admitted carrying out a series of sexual assaults in his home town of Eastbourne, East Sussex, between 2012 and 2017

The prosecution followed an investigation led by detectives from the East Sussex Criminal Investigations team at Eastbourne, with support from local officers and specialist staff. Watson had been in custody since January this year.

Detective Constable Dan Thomson said: ‘Over several years Watson had carried out a series of attacks on women and young girls who were walking along the streets in the Old Town area of Eastbourne.

‘Each case had been fully investigated we had not been able to identify the assailant.

‘Watson targeted his victims carefully and tended to avoid areas where there might be witnesses or CCTV. In some cases he was careful to hide his face.

‘Because he had never before been arrested, his DNA was not on file. However, the thorough investigative approach, including the obtaining of DNA evidence, was to pay dividends when Watson was finally traced.

‘He would run up behind his victims, catching them unawares and sexually assault them under their clothing before running off. They were all very shocked and upset by this disgusting and frightening behaviour.

‘Finally, after the incident in September last year, we secured several witnesses. When we issued an E-fit of the suspect to the media and public several names were put forward, including Watson.

‘The E-fit had been completed with the assistance of an 11-year-old girl who was a witness to the September 2017 offence, and the resemblance between the E-fit and Watson is one of the best I have seen. This is a testament to the memory and descriptive ability of this very young witness.’ 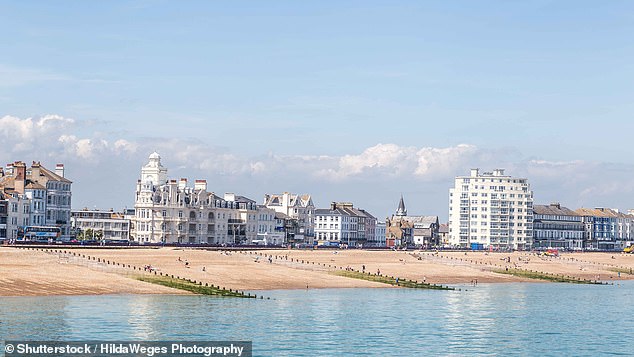 The 24-year-old admitted carrying out a series of sexual assaults in his home town of Eastbourne, East Sussex, between 2012 and 2017 (File photo)

The detective continued: ‘Watson might not have been identified as the offender without this young girl’s evidence, or another report from a member of the public who saw the Efit in the media and contacted us to give us his name. She also told us that at the time the E-fit was published, Watson had cut his hair, which increased our suspicions of him.

‘This case really shows the value of the witness appeals we make to the public. We thoroughly investigate all information which is provided to us, and in this case the information we received was vital.

‘After his arrest, Watson’s DNA was found to closely match that found on the clothing of five of the victims. Further detailed enquiries into Watson’s activities led to additional evidence which helped to prove that he was in the relevant areas at the time of the attacks.

‘As a result of this evidence, Watson had little option but to plead guilty to the five offences and although four others were not proceeded with it is fair to say that we are not looking for anyone else in connection with them.

‘Thanks to the valuable evidence of the two witnesses in the Longland Road case, and to our own investigations, combined with the DNA, a dangerous offender, who would undoubtedly have continued to attack women, possibly with even more serious consequences, has been taken off the streets of Eastbourne.’