ABC’s The Bachelor and Bachelorette has been known for contestants bringing an obscene amount of clothing to wear on camera, and this year’s men were no exception in showcasing their style.

Five extremely vain Bachelorette contestants revealed to Glamour Magazine in a video how much money they were willing to spend to convince America they were worthwhile to date Becca Kufrin.

‘I spent six hours to pick out my first nice suit,’ Jordan, a 26-year-old model, said about his sharkskin suit. ‘It has breaks in the fabric so that way I don’t look like a concrete wall coming necessarily but a shark.’ 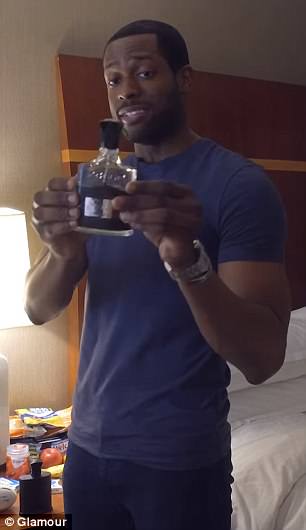 Expensive: Contestants Jordan (left) and Jean Blanc (right) showed what they brought for The Bachelorette. Jordan opted for Spanish-made shoes while Jean Blanc had designer cologne 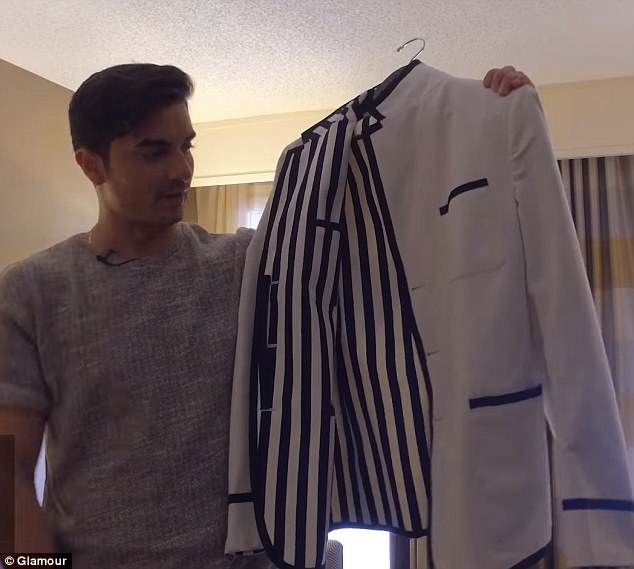 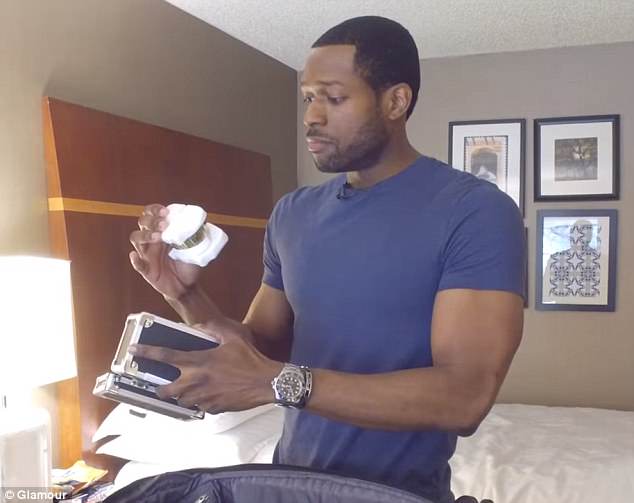 Big spender: Besides cologne, Jean Blanc also brought along two Rolex watches which he keeps locked in a small safe

The contestant, who spent 48 hours and nearly $7,000 ‘handpicking’ out his outfits for the show, went on to describe his Spanish-made shoes.

‘These shoes, whenever they hit the ground, they make a very distinct noise and whoever you’re approaching knows at that point in time there’s a gentleman approaching,’ Jordan said.

When asked to describe his style, Jordan said he was a ‘modern man so I like to be approachable.’

Although Jordan received a rose by the end of the first ceremony, his ‘modern man’ approach to speaking with Becca didn’t work out well cause he didn’t actually hold a conversation with her.

The model is not the only contestant who took an obscene amount of money when considering what outfits he would bring to impress Becca.

Christian, a 28-year-old banker, revealed to Glamour that he mainly purchased clothing from Italian designer Giorgio Armani because of how fitted each piece looks on his body.

‘Why? Because it’s fitted so all of my clothes are actually fitted because it makes me look good,’ the banker said after showing off a custom-made suit from Armani. 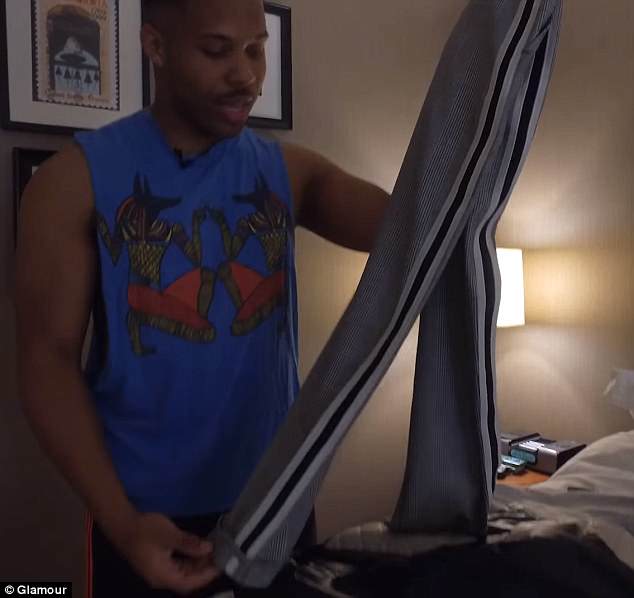 Out of this galaxy: Wills, a 29-year-old graphic designer, showed off his pants that he said had a ‘Han Solo stripe’ down the side 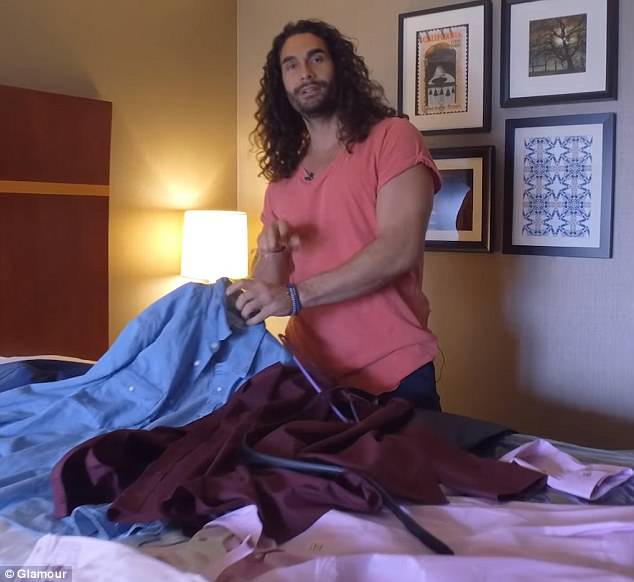 Inexpensive: Leo, a 31-year-old stuntman, revealed he mainly purchased his button-ups from department stores. But he left enough room in his suitcase for his hair products

One contestant named Jean Blanc considers himself to be a colognoisseur for his extensive knowledge of fragrances and scents.

The 31-year-old revealed he brought along two Rolex watches and Creed ‘Aventus’ cologne for his appearance on The Bachelorette.

‘Obviously scent and hygiene are very important to me,’ he said to the camera.

Along with Creed ‘Aventus, Jean Blanc also had designer cologne by Chanel, YSL and Christian Dior.

‘Everyone kind of serves a purpose and is dedicated for a particular occasion,’ he said.

Not every contestant admitted to spending thousands of dollars on their updated wardrobes. Leo, who is a 31-year-old stuntman, relied on department stores for most of his button-up shirts.

He said he spent an hour and a half packing for the show, including ‘all my hair products’. 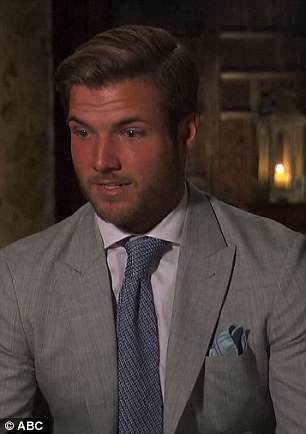 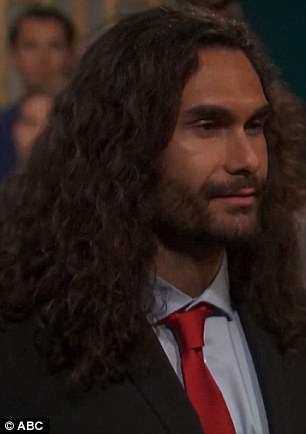 Dressed up: Both Jordan and Leo received a rose during the first ceremony. But Jordan, in his sharkskin suit, interestingly enough never spoke to Becca 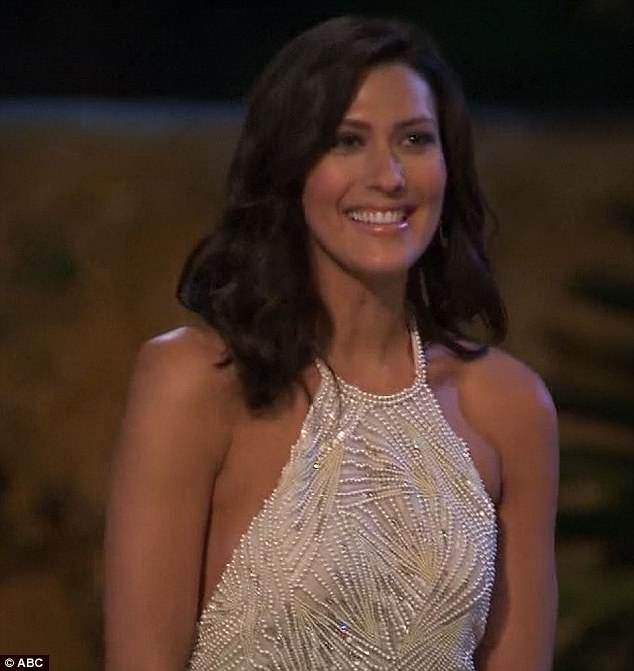 Stunning: Becca has all of her clothing provided for her by ABC. She wow’d in a white beaded gown with an open back

The most down-to-earth contestant on the video was Wills, a 29-year-old graphic designer.

His portion of the video revealed he had a vibrant sense of style with pants he described as having a ‘Han Solo stripe on the side’.

While the ABC show dictates that contestants should only bring two suitcases to the mansion, some people in the past have been known to bring upwards of five or six bags.

The contestants are required to provide their own outfits, which has caused some in the past to go into debt just to prepare for the anticipated screen time.

But it appears that these five men were up to the challenge – and had the available funding – to purchase outfits for this season of The Bachelorette.