Argentina will be without Ezequiel Lavezzi in the Copa America final after he broke his left elbow in the second half of his team’s 4-0 semi-final win against the United States on Tuesday.

The Hebei China Fortune star tumbled backward over an advertising hoarding as he chased a loose ball during the resounding victory at the NRG Stadium in Houston.

The ball bounced off Lavezzi before he fell over the advertising sign board and broke his fall with his left arm. 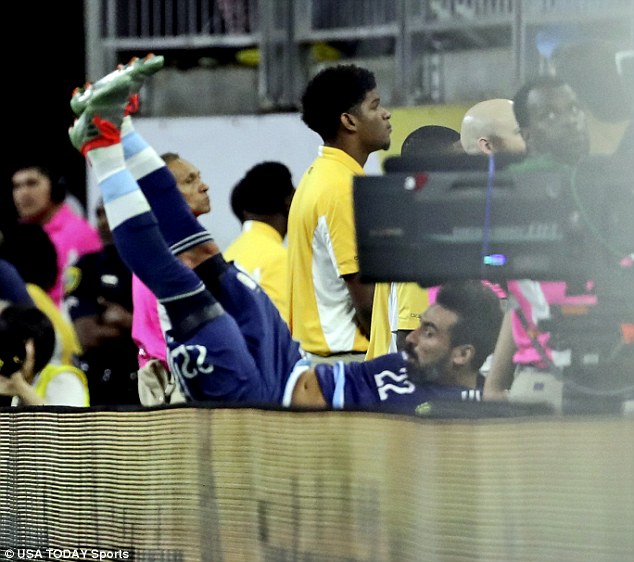 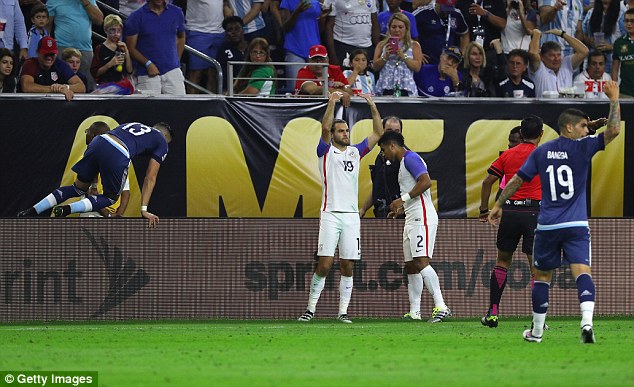 He immediately grabbed it with the other hand as he writhed in pain, and photos showed the forearm was grotesquely out of place.

Team-mates, opposition players and coaches ran to him quickly and he was soon taken away by medical personnel.

Argentina coach Tata Martino said he will undergo more tests, and the injury will require surgery.

Lavezzi scored Argentina’s first goal in the third minute and departed with his side 3-0 up and cruising.

During the game Lionel Messi overtook Gabriel Batistuta as his country’s leading goalscorer with a superb free-kick in the 32nd minute.

Gonzalo Higuain added a second-half brace as Martino’s side eased past the tournament hosts to set up a date with either Chile or Colombia, who face each other on Wednesday night in Chicago. 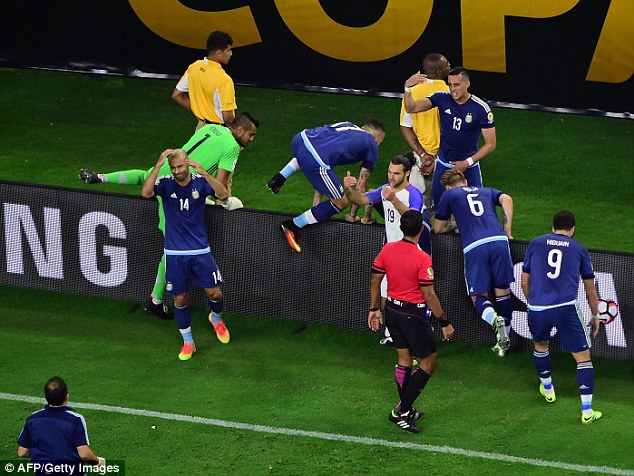 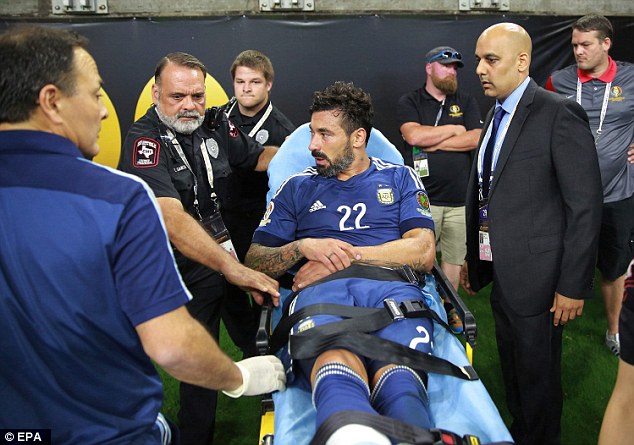 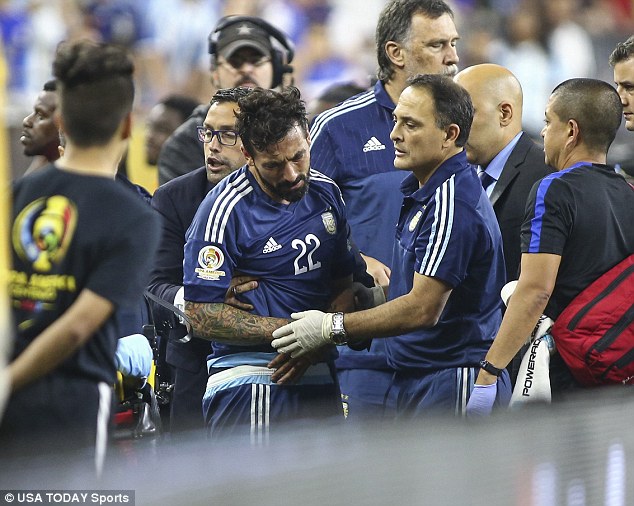 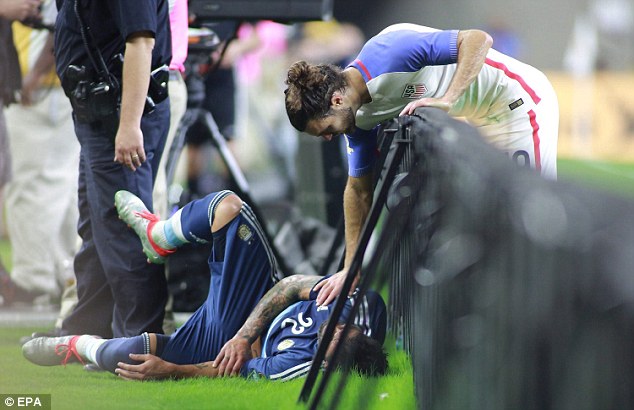 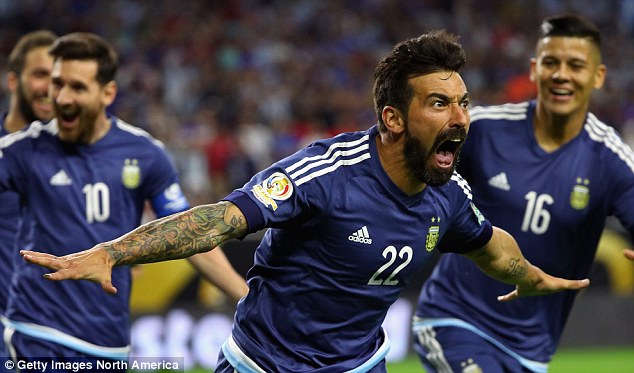