Manchester United and Liverpool are among televised attractions in the FA Cup fourth round with non-league survivors Kidderminster Harriers and Boreham Wood also rewarded with TV exposure.

Six ties have been selected for live broadcast by either BBC or ITV over the fourth round weekend in early February with the East Midlands derby between Nottingham Forest and Leicester City also picked.

United’s home tie against Championship club Middlesbrough will be shown on ITV1 on the evening of Friday February 4 to kick-off the weekend. 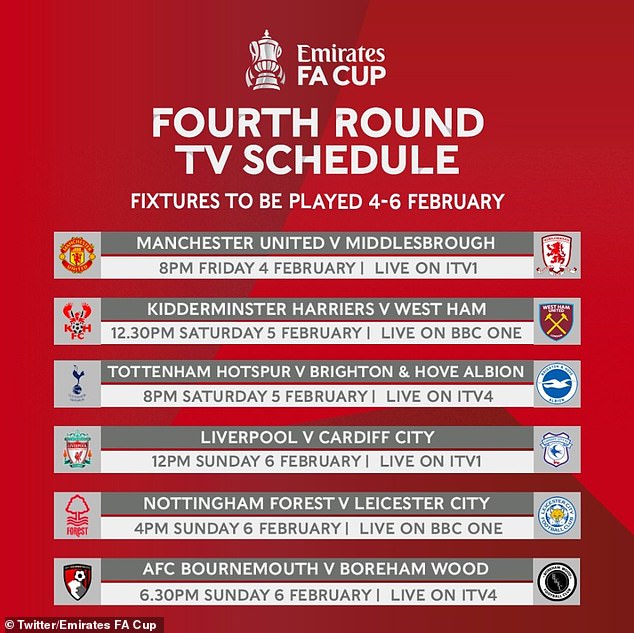 There will be two televised games on Saturday February 5, with Kidderminster’s plum tie at home to Premier League West Ham shown on BBC One at 12.30pm.

The all-Premier League encounter between Tottenham Hotspur and Brighton will be screened live on ITV4 at 8pm.

Three games have been moved to Sunday February 6 for live TV coverage.

Liverpool’s home match against Championship Cardiff City is on ITV1 at midday before the Forest vs Leicester game is shown on BBC One at 4pm. 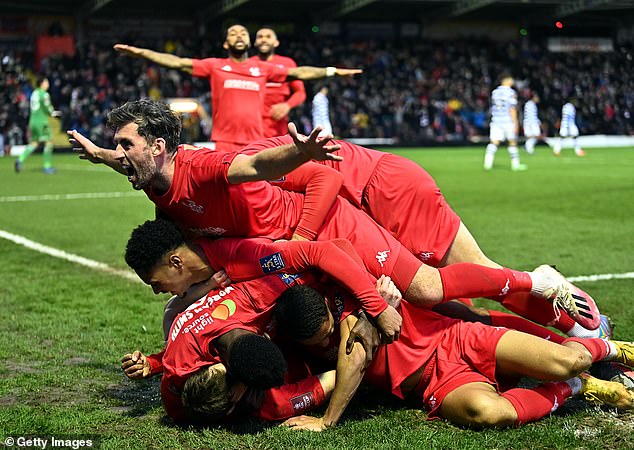 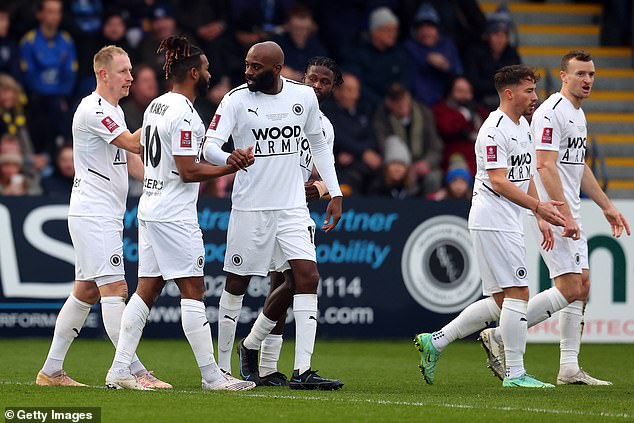 Neither Kidderminster, of the sixth-tier National League North, or Boreham Wood were picked for live TV coverage in the third round as they sprung surprises on Reading and AFC Wimbledon respectively.

Chesterfield’s trip to Chelsea and Yeovil’s home tie with Bournemouth were selected for coverage instead, but only on the BBC’s Red Button service.

But that has been rectified with both Kidderminster and Boreham Wood now set for additional broadcast revenue in the region of £110,000 each.

Man United and Nottingham Forest also featured in primetime slots in the third round as they overcame Aston Villa and Arsenal respectively. 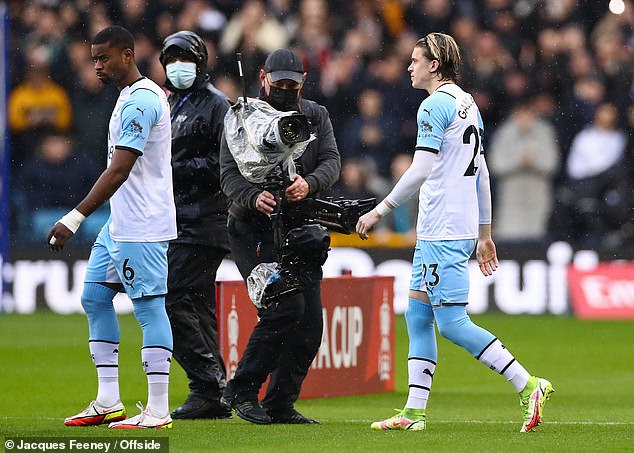