Cook made some fiery comments last month about Facebook’s massive privacy row, saying he wouldn’t be caught up in such a situation, while touting Apple’s commitment to protecting user data.

But Sandberg isn’t letting Cook have the last laugh, as she said she and Facebook CEO Mark Zuckerberg ‘strongly disagree’ with Cook’s view of the situation.

Facebook COO Sheryl Sandberg (pictured) isn’t letting Cook have the last laugh, as she said she and Facebook CEO Mark Zuckerberg ‘strongly disagree’ with Cook’s view of the situation

‘It won’t shock you to know that Mark and I strongly disagree with their characterization of our product,’ Sandberg said at Recode’s Code Conference in California.

‘We’re proud of the business model we built. We have an ad supported business that allows people all around the world to use a product for free.

‘If you’re trying to connect the world, that’s pretty important. So we respectfully disagree,’ Sandberg said.

She tempered her comments by saying the ‘stuff Apple’s saying is important to them,’ and that Cook clearly feels strong about Apple’s products.

But Facebook’s CTO Mike Schroepfer gave a much more candid assessment of what Cook said one month earlier.

‘I think the thing that I wish we could spend more time on is the substance of these issues,’ Shroepfer said at the Code Conference. 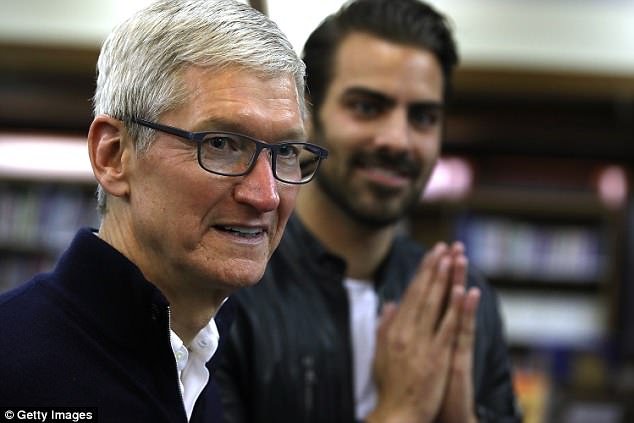 Apple CEO Tim Cook made some fiery comments about Facebook’s privacy row, saying he wouldn’t be caught up in such a situation, while touting how Apple protects user data 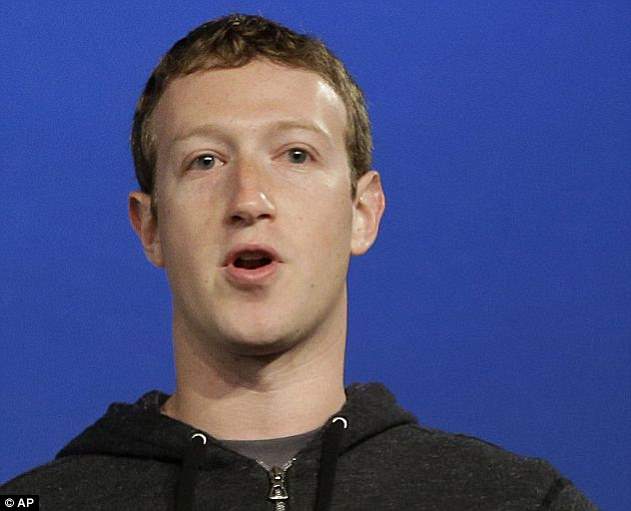 The comments come after Cook criticized Facebook for how it reacted to the Cambridge Analytica scandal.

When asked what he would do if he were in Zuckerberg’s shoes, Cook replied with a smirk: ‘I wouldn’t be in this situation.’

‘We could make a ton of money if we monetized our customers,’ Cook explained.

‘If our customers were our product. We’ve elected not to do that.’ 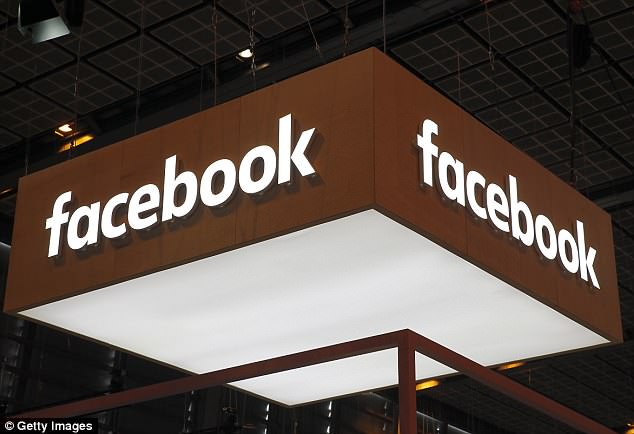 ‘We’re not going to traffic in your personal life,’ Cook said.

‘Privacy to us is a human right, a civil liberty,’ he added.

Cook also said Facebook is beyond the point of being able to regulate itself and may require government oversight to get the platform under control.

However, Schroepfer said he believes there are ‘tradeoffs’ when a site provides a free service and that that often goes unrecognized.

‘How do you build a product the whole world can use?,’ Schroepfer continued.

‘Can every consumer afford a $10 subscription or a $700 device? For billions of people around the world, no, not yet.

‘So I think there are trade-offs,’ he said.

HOW TO CHECK IF YOUR DATA WAS SHARED WITH CAMBRIDGE ANALYTICA

All 2.2 billion Facebook users began to receive a notification automatically at the top their newsfeed after it was launched on Tuesday, April 10, a day later than expected.

Titled ‘Protecting Your Information,’ it contains a link to let you see what apps you use and what information you have shared with them.

Affected users are automatically presented with a notice that says: ‘We have banned the website “This Is Your Digital Life,” which one of your friends used Facebook to log into.

‘We did this because the website may have misused some of your Facebook information by sharing it with a company called Cambridge Analytica.’

Users can then click on a ‘See how you’re affected’ button to find out more as well as to remove permission for apps and websites you’ve logged into via Facebook to have access to your profile.

For those not affected by the Cambridge Analytica incident the message reads: ‘You can go to the Apps and Websites section of your settings anytime to see the apps and websites you’ve used Facebook to log into.’

The ‘Go to apps and websites’ button will provide quick access to review and amend these permissions.

A separate ‘How can I tell if my info was shared with Cambridge Analytica?’ tool will also resolve the question for you.

Users not believed to be affected will see the message ‘Based on our available records, neither you nor your friends logged into “This Is Your Digital Life.”

‘As a result, it doesn’t appear your Facebook information was shared with Cambridge Analytica by “This Is Your Digital Life”.’

Affected users will see a different message and they will be asked to to change their app settings, available here.

This is something that is still advisable for the security conscious, removing permissions for apps you no longer need or don’t recognise.

Facebook is not notifying individual users of the identify of friends who may have used the ‘This Is Your Digital Life’ app.

There has been talk of Facebook rolling out a subscription-based product that would require users to pay up each month in order to avoid being served targeted advertisements.

Facebook collects mountains of data on users, ranging from phone numbers and text messages, to addresses and other demographic information, down to your specific interests.

That information is then made available to a wide network of brands who can use it to serve up targeted advertisements both on and off Facebook.

These practices have come under scrutiny in recent months after it was revealed in March that 87 million users’ data had been harvested without their knowledge and shared with Trump-affiliated research firm Cambridge Analytica.

Sandberg gave few details about whether a paid product is in the works and only suggested Facebook is looking at the idea.

‘We’re looking, we’ve always looked. But the heart of the product is a paid service’.