NEW YORK (AP) – With blistering speed, Tiffany Haddish has become one of Hollywood’s most in-demand talents. Everyone from Paul Thomas Anderson to Judd Apatow wants to work with her. And this fall, she’ll be everywhere.

Haddish stars in Tyler Perry’s “Nobody’s Fool,” which pairs her with Tika Sumpter. They play sisters, with Whoopi Goldberg as their mom. She’ll also star alongside Kevin Hart in “Night School” and will appear in Ike Barinholtz’s indie comedy “The Oath.”

Haddish is also prepping a Netflix stand-up special, attending the Emmys as a nominee for hosting “Saturday Night Live,” developing a sitcom with Danielle Sanchez-Witzel and readying season two of “The Last O.G.,” with Tracy Morgan.

Yet Haddish says she has one regret: “Still trying to get pregnant by Leonardo DiCaprio.” 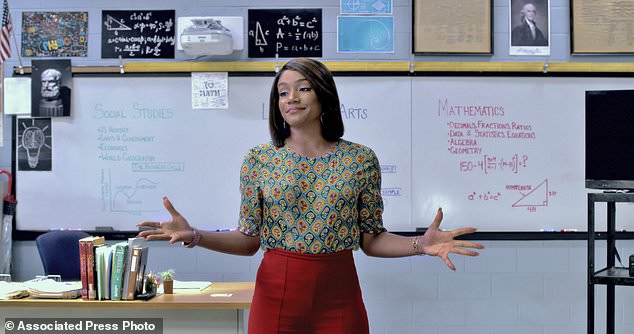