Fire up the barbie… but don’t set a forest ablaze! Families are warned not to picnic in woodland after flames catch hold at popular beauty spot

Families have been warned against having barbecues and starting campfires in woodland as the lockdown eases after a major blaze at a beauty spot.

Police evacuated nearby homes after the fire broke out on Saturday on Thursley Common in Elstead, Surrey.

It swiftly spread through 20 hectares of woodland and undergrowth at the nature reserve – and was still raging on Sunday.

Police evacuated homes after a fire broke out on Saturday on Thursley Common in Elstead, Surrey (pictured) 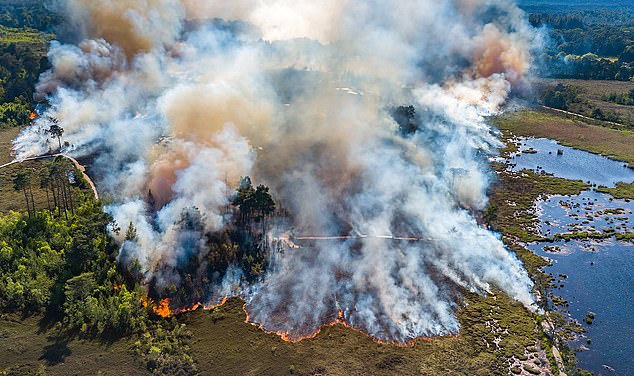 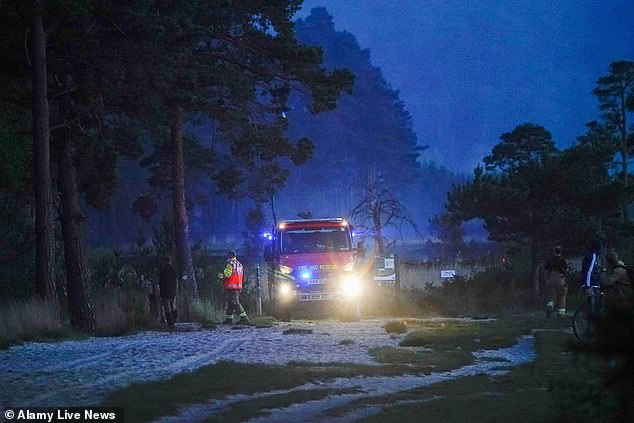 The cause of the fire at the major beauty spot remains unclear. Pictured, firefighters attending Thursley Common 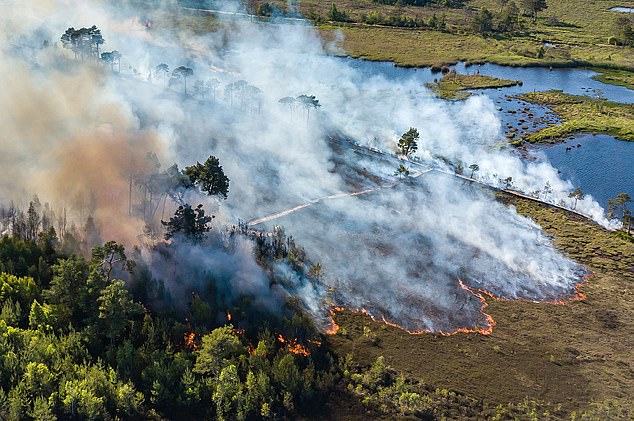 The cause remained unclear but after the outbreak fire chiefs warned people not to light barbecues and campfires in woods.

Meanwhile the days of cramming a group of friends on to one picnic rug appear to be over in the age of social distancing.

Experts now say we should spread out and form the shape of a hexagon, pentagon or parallelogram.

Up to six people from different households can gather together outside for the first time since lockdown measures were imposed. 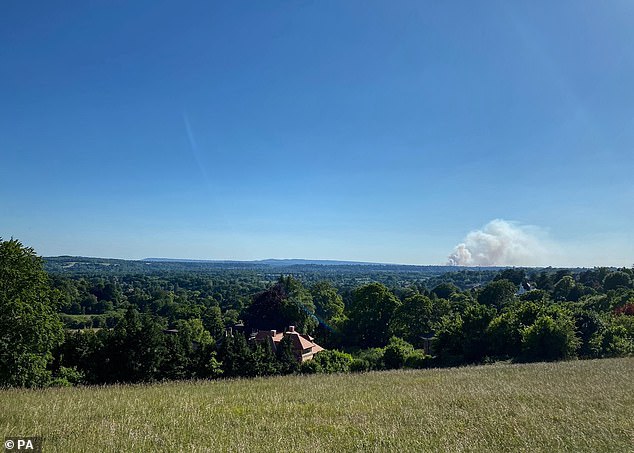 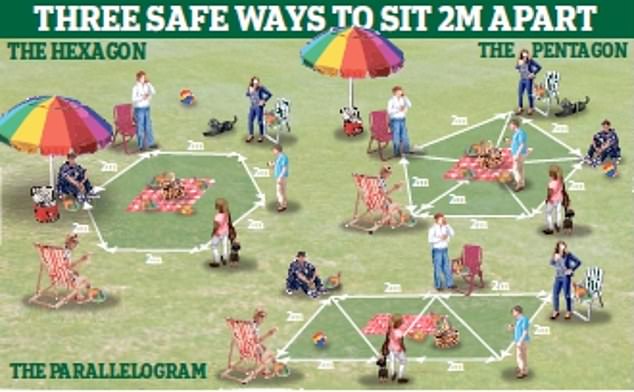 Experts say we should spread out when meeting friends in parks and form the shape of a hexagon, pentagon or parallelogram to adhere to social distancing guidelines

TV maths expert Bobby Seagull suggested the most efficient way to keep people the correct distance apart would be to form a series of triangles, with each person sitting at an apex, leading to a parallelogram shape in certain formations.

However, mathematicians at Oxford University believe that sitting in a hexagon or pentagon would be a more efficient solution, taking up less space and still allowing minimum distance between people.