A four-year-old boy is set to travel to New York for a potentially life-saving cancer vaccine after his family raised a staggering £232,000.

Liam Scott, who suffers from neuroblastoma, will make the trip when his immunotherapy treatment finishes at the end of August.

His parents Claire and Michael have led a huge fundraising effort which passed the milestone after Aston Villa goalkeeper Pepe Reina donated £2,000.

Mrs Scott said everyone screamed and cried with joy when they realised they had hit their target.

Liam Scott (pictured with his mother Claire and father Michael), who suffers from neuroblastoma, will make the trip when his immunotherapy treatment finishes at the end of August 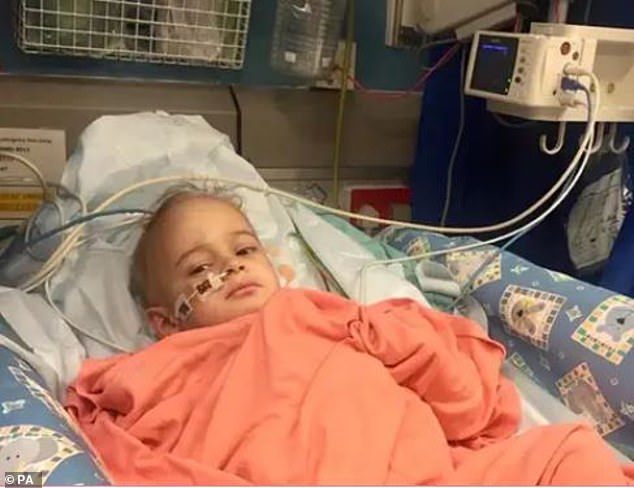 His parents Claire and Michael have led a huge fundraising effort which passed the milestone after Aston Villa goalkeeper Pepe Reina donated £2,000

She told of the final moments as they watched the fundraising progress on Friday: ‘It literally happened so quickly.

‘We just kept on checking and it kept on moving up and up and up. And then I saw we had done it. We were crying, shouting, all in tears.’

Liam has spent most of the last year undergoing gruelling treatment for his rare cancer, which affects around 100 UK children every year.

And while the end of his treatment is approaching, his family know there is a high chance the cancer could return.

Mr and Mrs Scott are keen to get Liam to New York after August where he can receive an experimental vaccine which could prevent the cancer coming back.

The treatment will cost them £232,000, which has made the fundraising efforts all-important.

Mrs Scott said: ‘We are just so grateful to everyone who donated, retweeted, shared and supported us the whole way through.’ 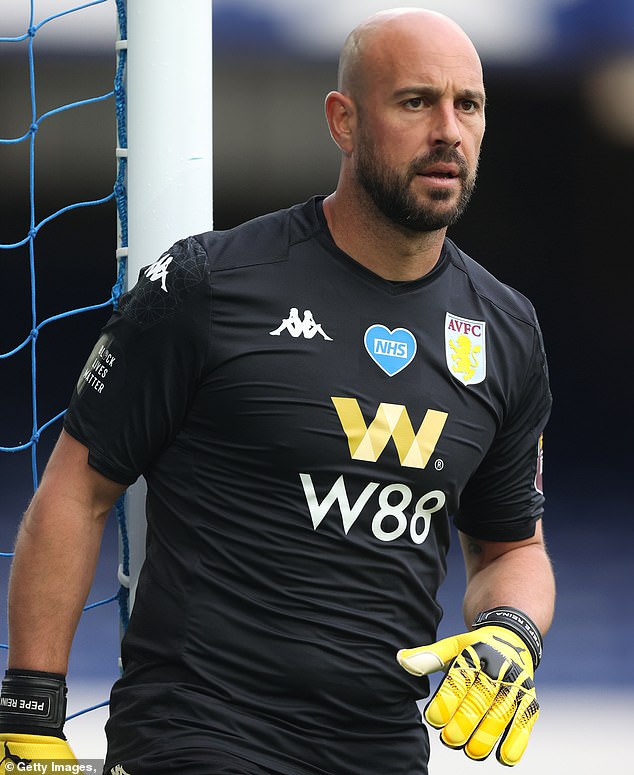 Aston Villa on loan goalkeeper Pepe Reina (pictured) helped the Scotts get over the line with a £2,000 donation

When Covid-19 lockdown hit, the family worried about how they would go about fundraising, given events such as the London Marathon were cancelled.

But help came in the form of local footballer Charlie Holmes and his family, who joined Team Liam and refused to stop until they hit the target.

Earlier this year, the former Dagenham and Redbridge player completed a gruelling 140-mile run in 14 days, all streamed live on Instagram during lockdown.

Mr Holmes and Liam’s father Michael will also be kayaking across the Channel on Tuesday.

And as the fundraiser approached its £232,000 target it was given a boost by another footballer – this time a World Cup winner.

Aston Villa’s on loan goalkeeper Reina donated £2,000 to the cause and wrote on the fundraising page: ‘Be strong little warrior!!’