An American burger chain has demanded a Plymouth pub stops serving its ‘smashed’ burgers – because they say it infringes on their trademark rights.

Smashburger, an American fast-food chain with over 300 restaurants, say people may confuse their brand with the ‘Howey’s Smashed Burgers’ menu item at The Colebrook Inn in Plympton.

Management at independently-owned pub said they decided to launch a new burger menu a few months ago, to increase the pub’s takeaway offerings during lockdown.

Manager Rob Naylor said he and his team designed a logo for their new burger menu – and even went through the process of getting their design trademarked. 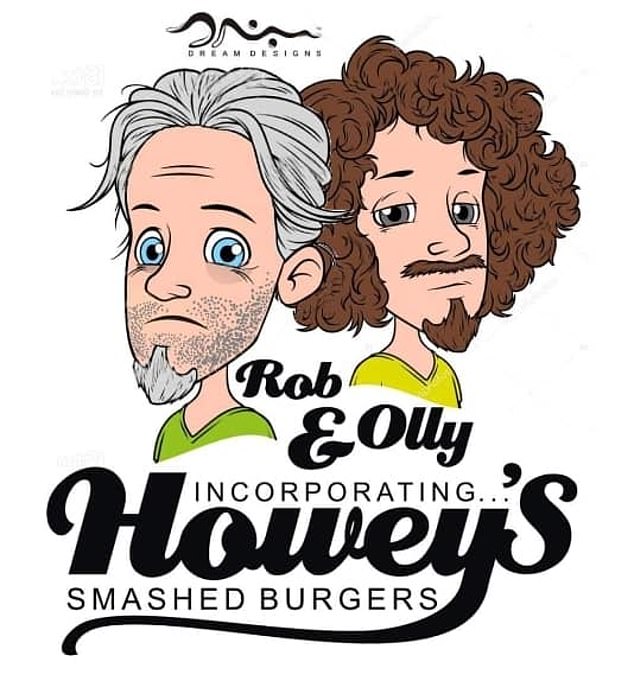 Smashburger, an American fast-food chain with over 300 restaurants including seven in the UK, say people may confuse their brand with the ‘Howey’s Smashed Burgers’ menu item

But after two months of waiting for full approval, Rob has now had the cease and desist letter, ordering him to stop using the word ‘Smashed’.

‘A smashed burger is a process of cooking, not a brand,’ said Rob.

‘It’s frustrating because I’m not a global chain, [I’m] just trying to make a living and provide the local community with something different and keep staff employed.’

Wanting to offer something punters can’t get anywhere else in the city, the Colebrook launched ‘Howey’s Smashed Burgers,’ which takes its name from Rob’s middle name Howard and a particular style of preparing and cooking burgers.

‘Smashing’ a burger means just that, smashing it down with a spatula or similar cooking utensil, in order to release the meat’s proteins, potentially making burgers have a stronger or juicier flavour. 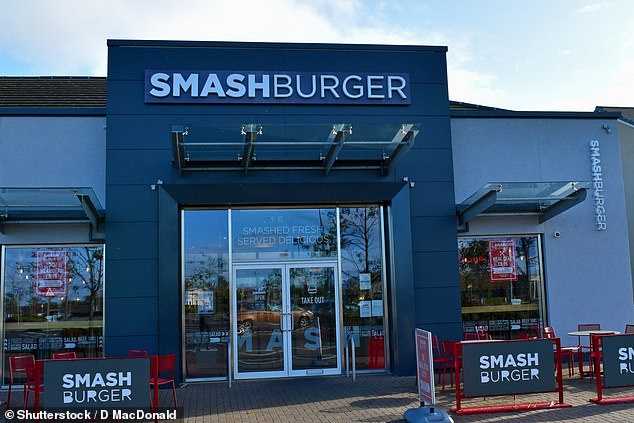 Smashburger is an American fast-food chain which was founded in Colorado in 2008 and now has more than 300 corporate and franchise-owned locations across the US and in eight other countries.

In the UK, the chain has seven restaurants including sites in Glasgow, Brighton and Newcastle, but none in the South West.

Owning the trademark to its logo as well as to the word ‘Smashburger’ itself, lawyers for the chain penned a letter to The Colebrook Inn claiming that the pub has been showing ‘unauthorised use’ of the words ‘smashed burgers’ and is infringing on trademarked words.

Rob Naylor said he was extremely surprised by the letter, saying: ‘I didn’t expect having this letter to come, especially not from the States!

‘Howey’s Smashed Burger is named after my middle-name which is Howard, and that the burgers are smashed, that’s not a thing I’ve made up, it’s a proper way of cooking burgers that releases their proteins. It’s called the Maillard reaction.’

But Smashburger’s lawyers Bird & Bird say the chain cannot allow The Colebrook Inn to use or register ‘Howey’s Smashed Burgers’ as a trademark.

The pub must also cease using the offending logo and never again use the words ‘Smash Burger’ or ‘Smashed Burger’.

In a letter to Rob, lawyers say: ‘Our client operates under its SMASHBURGER brand over 300 restaurants in several countries, including seven restaurants in the UK.

What is the law on trademarks?

A trademark is a type of intellectual property that distinguishes you as the owner of a product or service.

They can come in the form of a sign, design, or expression and may be found on a package, a label, a voucher, or on the product itself.

Companies in the UK use one of two abbreviations to show their trademark:

– RTM:  This is to registered trademarks. Trademark rights holders in the UK use the ® symbol to indicate a trademark is registered.

– TM: This is used to indicate a company is using something – be it a word, symbol or combination of the two – as a trademark but it is currently unregistered.

These are protected by law under the Trade Marks Act 1994.

You, as a third party, can infringe on a trademark by using a version of the intellectual property that is either ‘identical’ or ‘similar’ to the trademark.

If the trademark is registered, you can have more protection that if it is not.

‘Since its inception our client has taken very seriously the protection of its brand and as a result, it owns several UK and EU registrations covering services for providing food and drink.’

Bird & Bird say The Colebrook’s Inn’s product and logo is an ‘Infringing Mark’ and is ‘highly similar’ to Smashburger’s logo and branding.

They say: ‘There is no doubt that the Infringing Mark and our client’s Smash Marks are highly similar, as the words SMASHBURGER and SMASHED BURGERS have a high level of similarity.

‘Further, you are using the Infringing Mark in relation to services that are identical to those covered by our client’s Smash Marks and those provided by our client.’

The letter listed several demands for Rob including withdrawing his trademark application, and removing Smashed Burgers from all the pub’s marketing material.

The lawyers added they would not object to The Colebrook using the term ‘Howey’s Burgers’ as long as ‘smashed’ is removed.

While Rob and the team at The Colebrook would love to fight for the right to use the word ‘smashed’ in the context of their smashed burgers, Rob says he knows challenging a corporation would be incredibly expensive.

He said he simply can’t afford to speak to a solicitor about the issue, and would urge anyone who is able to help the pub, or offer free legal advice, to get in touch.

Bird & Bird have asked him to respond or agree to their proposal by today.

The deadline for Smashburger to formally oppose The Colebrook Inn’s application for trademark is believed to be December 2.