Father-of-three, 43, live-streamed his own hanging around the world on Paltalk

Builder Leon Jenkins, 43, from Cardiff, live-streamed his suicide on the Paltalk website as people watched  around the world, an inquest heard today

A father-of-three live-streamed his own suicide as members of the controversial Paltalk ‘insult room’ website watched online around the world – the third tragic case of its kind in Britain, an inquest heard today.

Builder Leon Jenkins, 43, from Cardiff, was found dead by police with his webcam still running with internet users watching his tragic death and saying: ‘Is this real?’.

Police arrived after 999 calls were made by Paltalk online video chat users watching his death from as far away as Canada and Australia.

Leon’s suicide was the third in Britain involving users of the controversial Paltalk site after Gregory Tomkins, 39, killed himself on Christmas Day 2017 and Kevin Whitrick, 42, died in 2007.

South Wales PC Carla Morris-Griffiths described one of the 999 calls from abroad and said: ‘The caller said a male, believed to be Leon Jenkins, had hanged himself live on webcam.

‘They said they couldn’t be sure if it was real or a hoax as the person said he was a bit eccentric.’

Leon’s father Peter Jenkins, 68, told the inquest that he would hear his son ‘shouting and swearing’ when using the Paltalk site.

He said: ‘Leon would use Paltalk to occupy his time. He didn’t mention to me any concerns about it but he would use it at my house.

‘I knew it was an insult room. I would hear him swearing and shouting at the site.’ 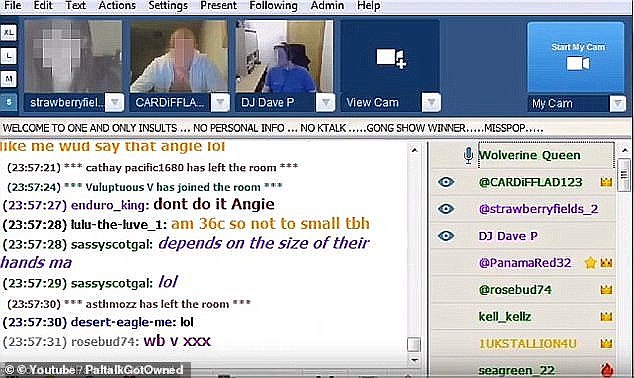 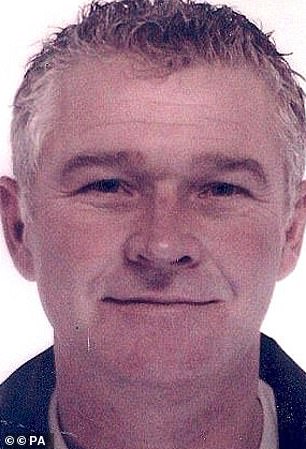 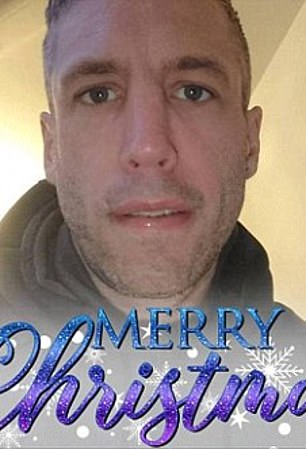 Kevin Whitrick, 42, (left) died in 2007 as Paltalk users watched and Gregory Tomkins, 39, (right) killed himself in the same way on Christmas Day 2017

An inquest into his death heard he was discovered in the living room of his home in Roath, Cardiff, on July 26.

Builder’s online suicide is the third case in UK

The father from Telford, Shropshire, took his own life after being goaded by chatroom users.

An inquest heard how one user telling him to ‘****ing do it’ because they believed he was ‘play acting’.

He was logged on with around 50 other users to a special ‘insult’ chatroom where people ‘have a go at each other’ and initially the members did not believe he would go through with it.

One said: ‘Some of us chatroom users, talking to Kevin over text chat, microphones and video tried to convince him to step down, but others egged him on telling him to get on with it.

‘We just couldn’t believe he was doing it – it was surreal’.

In 2017 42-year-old electrician Kevin Whitrick, from Wellington in Shropshire, died on the site as dozens of users watched.

He was found dead after police broke down the door of his flat in Sutton, south London, at 3.36am on Christmas Day shortly after chatroom administrators raised the alarm.

But users of the room have told MailOnline in the days leading up to his death, he was taunted by other members.

Police officers entered and heard the online chat from overseas web users talking about Leon’s apparent suicide coming from his computer, it was said.

He said: ‘They heard voices speaking to each other saying “is that real”, “it does look real”, and another person saying “I don’t think so”.’

PC Coleman said the voices had foreign accents and were possibly American or Canadian.

South Wales Police removed a computer and mobile phone to examine his internet activity leading up to the tragedy.

Interpol was brought in to track down the people who saw bi-polar Leon take his own life at his Cardiff bedsit.

They discovered the tragedy was witnessed by users in the US, Canada and Australia but none of the site users could be traced.

Police investigated claims that Mr Jenkins was goaded into killing himself at his bedsit where he lived alone – but Coroner Rachel Knight said there was no evidence to confirm this.

Miss Knight said: ‘Inquiries were made in Canada, America and Australia but witnesses were not forthcoming.’

She said Leon’s death was the third on the Paltalk site.

She said: ‘There are two previous incidents of men hanging themselves on webcam on the same site.

‘They were both investigated by West Mercia Police and the Metropolitan Police.’

Police found Mr Jenkins dead inside the flat where he had lived alone for the last 18 years.

Neighbours had reported Mr Jenkins to Cardiff City Council over the noise and bad language coming from his flat.

The hearing in Pontypridd heard Leon had a history of mental health problems and had been diagnosed as bi-polar before his death.

The hearing was told a post mortem found he was almost three times the legal drink drive limit at the time of his death. 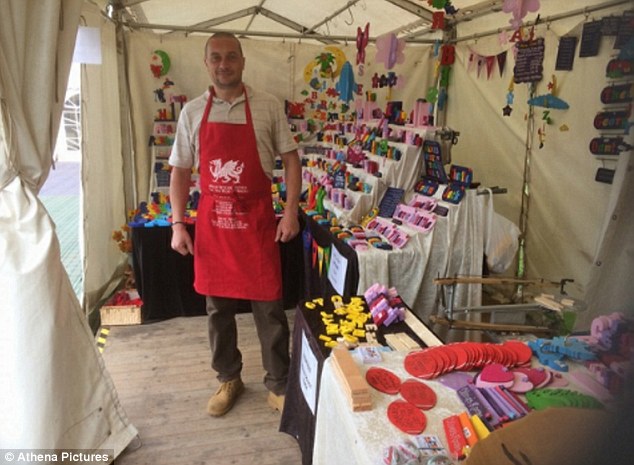 Leon Jenkins had his own ‘room’ on the website where he would swap foul-mouthed abuse with strangers around the world, his father told the inquest

The tragedy came seven months after south London plasterer Gregory Tomkins, 39, killed himself on Paltalk on Christmas Day. In 2007, 42-year-old electrician Kevin Whitrick, from Wellington in Shropshire, died on the site as dozens of users watched.

Controversial chatroom where users ‘mercilessly bully’ each other

Paltalk is a New York based video chat service which allows individuals to chat face-to-face either on a desktop computer or their mobile device.

The service, owned by A.V.M. Software, also allows subscribers to video chat with up to 10 people for free and hosts thousands of free chat rooms.

It was founded in 1998 – long before the likes of Facebook – and is popular with the first generation of internet users.

But it has courted controversy with some of its 5,000+ chatrooms dedicated to discussing terrorism and insult rooms where suicides have taken place.

‘PalTalk is routinely used by internationally recognized and designated terrorist groups for communication and recruitment,’ said Evan Kohlmann, a consultant for Flashpoint told CNN in 2012.

Terrorist group leaders have been known to hold open question and answer sessions on Paltalk which are advertised in advance on Al-Qaeda web forums, he said.

It is owned by AVM Software.

Assistant South Wales Coroner Miss Knight recorded a conclusion of suicide at the inquest in Pontypridd.

She said: ‘Leon Jenkins hanged himself while live streaming on the Internet.

‘Police were alerted by website administrators of Paltalk in Canada.

‘The webcam was disabled by police and CPR was commenced but when paramedics arrived they pronounced life extinct.’

Miss Knight said father-of-three Leon was a ‘much loved son, father and friend who will be greatly missed.’

She added: ‘Despite police efforts to trace participants of Paltalk I have no evidence to say that he as taunted or encouraged.

‘His intention was to die.’

And in 2007, 42-year-old electrician Kevin Whitrick, from Wellington in Shropshire, died on the site as dozens of users watched.

She said: ‘We rightly care about the impact on children a lot, but that vulnerability extends to adults, too’.