A striker for both clubs, Morientes won the competition three times while in the white of Real and watched on from the stands while cup-tied as his Liverpool team-mates completed the Miracle of Istanbul in 2005.

He scored in the all Spanish final of 2000 as Madrid beat rivals Valencia to lift the trophy and even helped knock his parent club out of the competition by scoring against them while on loan at Monaco in 2005.

Heineken hosted Fernando Morientes at the City of Champions event in Athens, Greece ahead of the UEFA Champions League final on Saturday evening in Kiev

Speaking at Heineken’s City of Champions event in Athens, Morientes opened up on his Champions League experiences and time spent with both of this year’s finalists.

Sportsmail sat down with the ex-Spain star to discuss the managers, who he’d love to have played alongside and, most importantly, who he thinks – and wants – to win in Kiev.

Who do you want to win the final?

Obviously in my heart it’s Real Madrid. I was playing there for eight years and I won a lot of things there. I live there now and I was working as a coach with the Under s17s. Liverpool is my second team. It’s a special final for me because Real Madrid and Liverpool are part of my history. 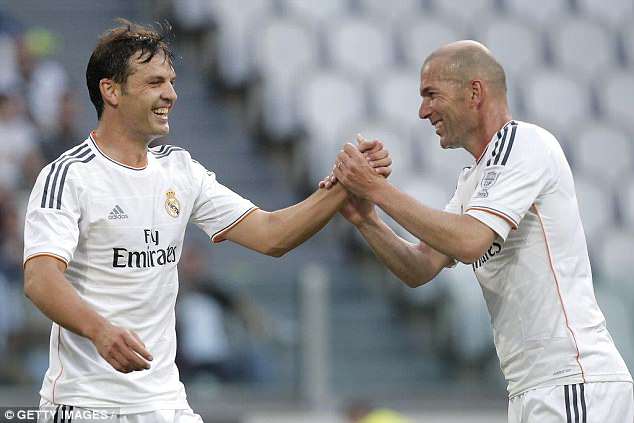 Would you prefer it if they weren’t playing each other?

No, I prefer it that both teams are in the final. They have both had a very good season and they deserve this trophy – the same for Real Madrid and for Liverpool. In this final, everything can happen.

Who do you think will win?

Real Madrid are a little bit higher, they have very good players in their squad. They have Cristiano Ronaldo, who will maybe be the key player in the final. Liverpool have (Mohamed) Salah, (Roberto Firmino) and (Sadio) Mane. They have very good strikers. But for me, the experience of Real Madrid in these type of games – they played the last two finals – is the little difference. 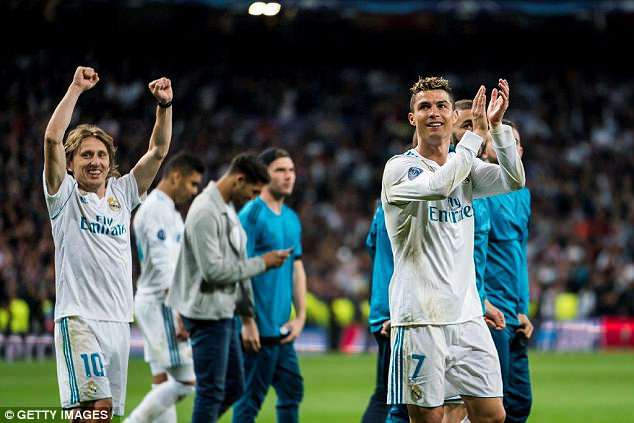 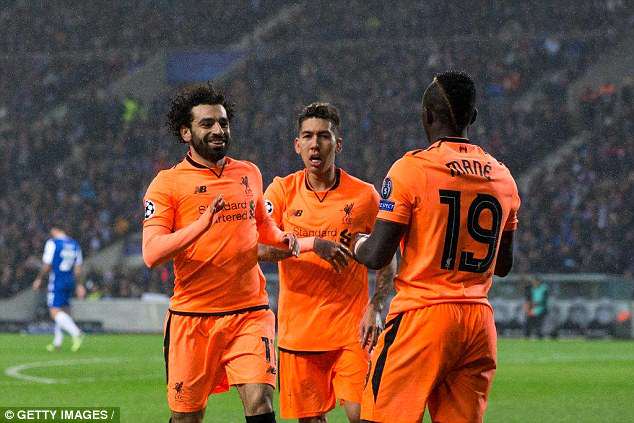 Can you compare Ronaldo and Salah?

Different players. They score a lot of goals but Ronaldo has done the same for 12 years. This is Salah’s first year. he was playing for Roma but it’s not the same. This is his first big season, but he has a lot of time to improve his level.

What do you make of the jobs Jurgen Klopp and Zinedine Zidane have done?

They are amazing coaches. Zidane arrived in a bad moment and he changed the history – that is very important for Real Madrid. Klopp as well – Liverpool were behind Manchester United, Chelsea, Manchester City. To win the Premier League is the focus for next season but he could be key in the final.

If you had to play under one of them, who would you choose?

Both! It is amazing to be part of these clubs with these coaches. 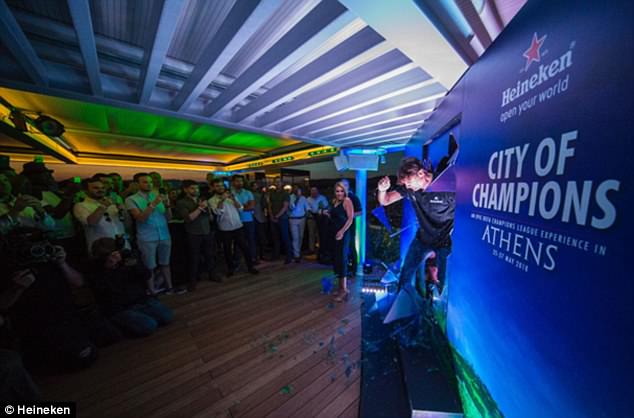 Do you have a standout memory from your time at Liverpool?

My best moment was the first day. I saw a really important club – the history, the atmosphere, everything that all the people told me about before. It was amazing to sign with Liverpool because for me it was, and is, the best club in the Premier League and in the history of England.

And what about a standout memory from your time at Real Madrid?

Maybe the first Champions League final against Juventus in Amsterdam. I was 21, 22 and it was amazing, not just for me but for the club. For the supporters it had been 32 years without winning the Champions League. This was the biggest moment in the last 20 years. 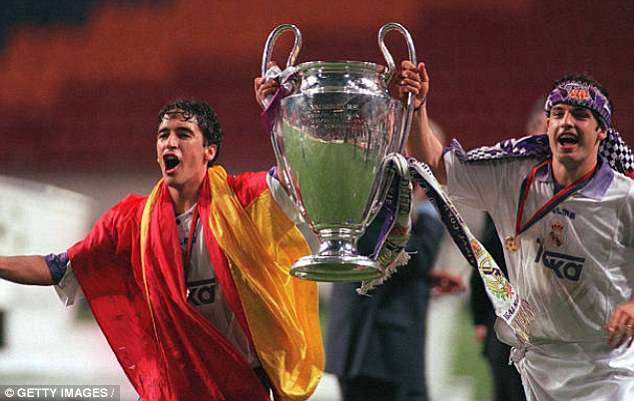 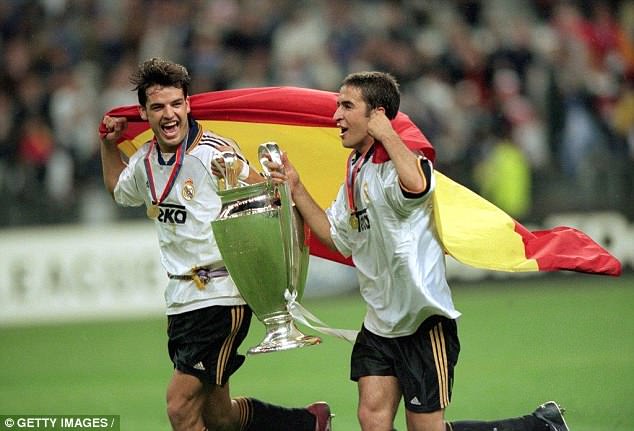 Do you keep in touch with any of your former Liverpool team-mates?

I have some Liverpool friends. Luis Garcia, Xabi Alonso, Alvaro Arbeloa. Pepe Reina is one of my best friends. We talked about this final before Real Madrid beat Bayern Munich. It’s amazing for everybody.

If you could choose a player from each club to play with now, who would it be?

Ronaldo. It would be amazing to play with him because he’s one of the best, maybe the best. He scores a lot of goals and when you are close to him, maybe you can score a lot of goals too. For Liverpool, it would be Mane. He is quick and always tries to score goals, but always to assist others. That is good for the striker, the No 9. 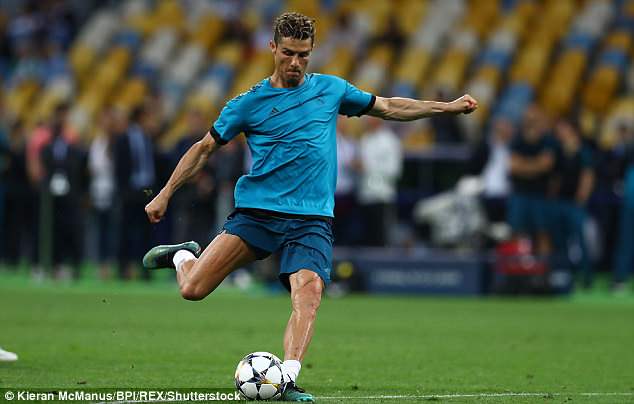 How did it feel to be cup tied for the 2005 Champions League final?

It was very frustrating for me. I was in the stadium, I was watching the game. I wanted to play but I couldn’t because UEFA said. It was amazing to live like a Liverpool player after the game. When we arrived back in Liverpool, to see all the happy people, the city, all the players. I felt this sensation in Real Madrid but it was a new thing as a Liverpool player

What was your favourite Champions League win?

The first one. Afterwards we played against Valencia in Paris and I scored a goal but my memories are always of the first one. The Amsterdam game was amazing for the history of the clubged it. 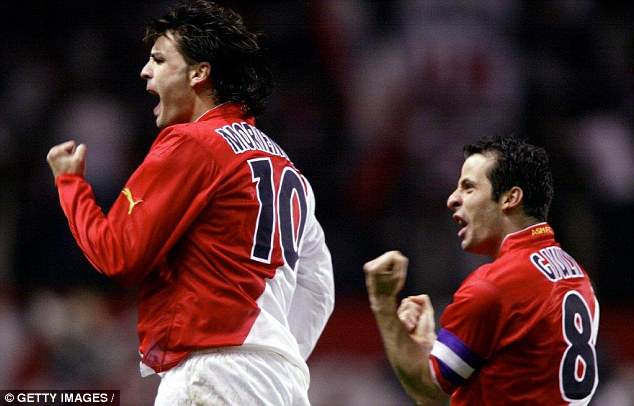 How did it feel to score against Real Madrid when you were on loan from Monaco?

We couldn’t imagine beating Real Madrid in this moment but after that we played against Chelsea and we beat them as well. We played one more final – it was fantastic for the club, the supporters, for Monaco.