Finance Minister Mathias Cormann charged taxpayers $4,400 to take his wife on a romantic beach getaway on her birthday.

On July 9, 2010 the Liberal senator for Western Australia treated his new spouse Hayley Ross, a lawyer, to a weekend away in a remote resort town known for its beach camel rides.

To mark her 28th birthday on a Friday, he arranged for her to fly 2,200km from their home city of Perth to Broome in the far north of his vast state, Department of Finance records show.

This direct flight cost the public purse $1,741 as part of a three-day weekend away to Broome which cost taxpayers $4,397.

It included a $221 charter hire cars in Broome, on Hayley Ross’ birthday, and $118 in Commonwealth car transport to get the couple to and from Perth airport.

The senator also claimed $676 in travel allowance for two nights’ accommodation in Broome as ‘electorate business’.

This romantic weekend away on the public purse took place a year after the senator married Ms Ross, the daughter of West Australian wheat farmers.

Senator Cormann now has two daughters with his wife, a senior associate lawyer with Clayton Utz in Perth.

The cabinet minister, now 48, has been an enthusiastic beneficiary of a scheme where federal MPs’ partners are entitled to nine business class flights or three family reunion trips a year.

These rules remained in place under the new Independent Parliament Expenses Authority, which was established in 2017 following an expenses scandal involving former health minister Sussan Ley. 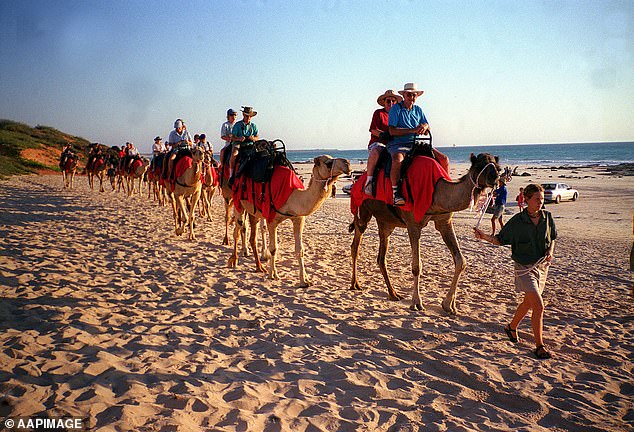 On July 9, 2010 the Liberal senator for Western Australia treated his new spouse, a lawyer, to a weekend away in a remote resort town known for its beach camel rides (pictured)

Three of those trips occurred in the first week of July, or the days leading up to his wife’s birthday.

The last of these was in July 2014, two months after Senator Cormann and then treasurer Joe Hockey had delivered and struggled to sell an unpopular budget.

His weekends away in Broome began when Senator Cormann was a senior Opposition frontbencher and continued when he was Finance Minister under former Prime Minister Tony Abbott.

Ironically, Senator Cormann as Finance Minister is in charge of ensuring government departments keep their spending under control. 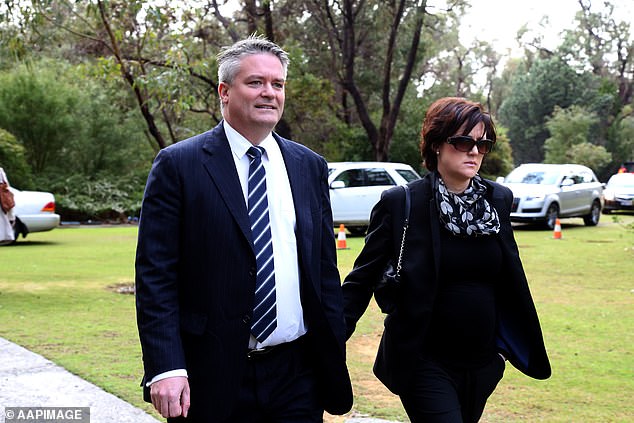 To mark her 28th birthday, Senator Cormann arranged for his wife Hayley Ross (pictured in 2015) to fly 2,200km from their home city of Perth to Broome

The last of the ministers trips to Broome with his wife was in July 2014, two months after Senator Cormann and then treasurer Joe Hockey struggled to sell an unpopular budget

The minister’s spokeswoman Karen Wu told Daily Mail Australia that family travel entitlements were to reward the spouses of politicians for their long periods of separation.

‘This is precisely why there is a provision, available to all members of Parliament according to the same rules, for family members to accompany a member or senator on a limited number of occasions each year,’ she said.

The minister’s spokeswoman said Senator Cormann had used his visits to Broome to meet with local councillors, business leaders and Liberal Party members at their annual general meetings.

Senator Cormann’s charged taxpayers $1,740.60 for the cost of flying his wife Hayley direct from Perth to Broome on her 28th birthday

The minister’s spokeswoman said Senator Cormann had spent several weeks in Canberra ahead of these visits to Broome.

‘All travel was undertaken within the rules on work expenses and has at all times been appropriately declared,’ she said.