A Florida fisherman made the catch of a lifetime after reeling in the largest recorded swordfish in the state’s history.

Bill Lussier of Cape Coral, Florida, landed the 757 pound fish off the coast of the Florida Keys village of Islamorada after a grueling, eight-hour tug of war that spanned more than 20 nautical miles, on the morning of March 31.

Lussier and his wife, Debbie, embarked on the sea voyage with professional fishing boat captain Nick Stanczyk, 34, and his crewmate Konnor Ross – who caught the entire encounter on a video uploaded to YouTube on April 11.

It only took 10 minutes for the crew to get a bite from the massive fish after dropping anchor several miles out from Bud n’ Mary’s Marina.

And Stancyzk, an experienced angler, soon realized they weren’t dealing with an ordinary fish. 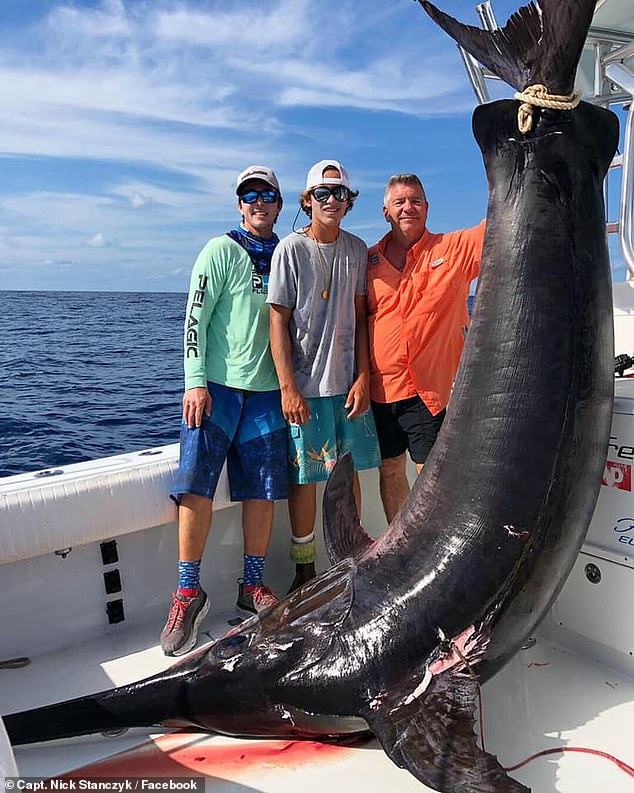 Bill Lussier of Cape Coral, Florida, landed the 757 pound fish off the coast of the Florida Keys village of Islamorada after a grueling, eight-hour tug of war (Lussier, right, pictured with Nick Stanczyk, left, his crewman Konnor Ross, center, and their giant catch)

‘This ain’t no bone fish, folks,’ he said on the video.

But even he was shocked when he saw the size of the swordfish underwater as Lussier reeled it in.

Eventually the fish tired out enough for the crew to spear it before wrapping a rope around it’s tail. The team struggled to pull the ‘sea monster’ aboard using pulleys to lift it out of the water.

‘This was the fattest swordfish I had ever seen!’ Stancyzk later wrote on Facebook. ‘I caught one the year before that tipped the scale right at 600 lbs, but this one was a lot thicker through the tail. I knew it was a lot bigger.’ 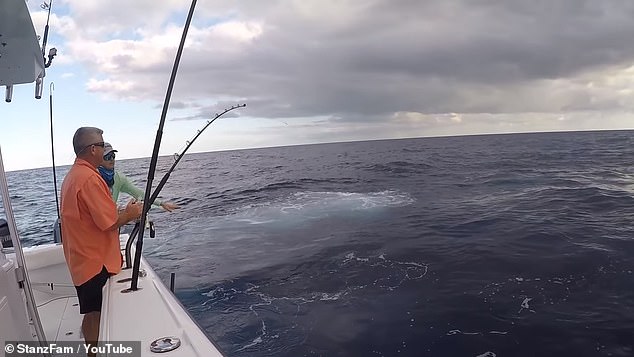 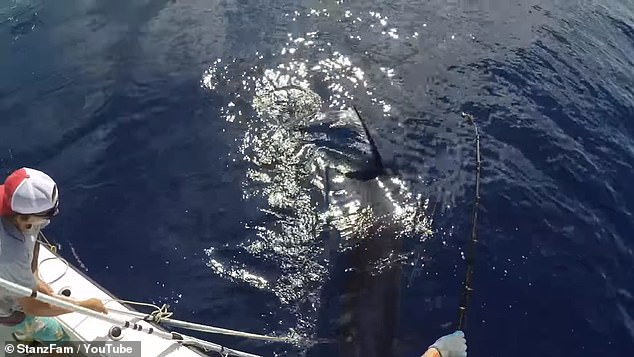 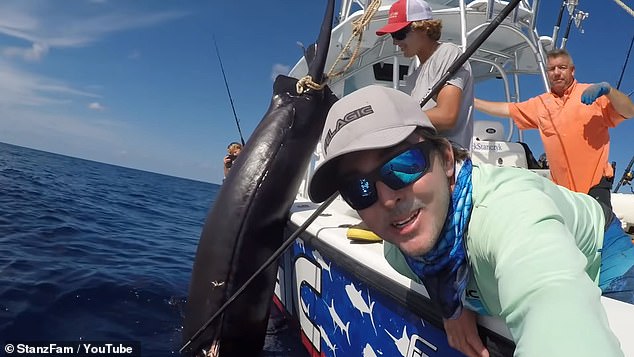 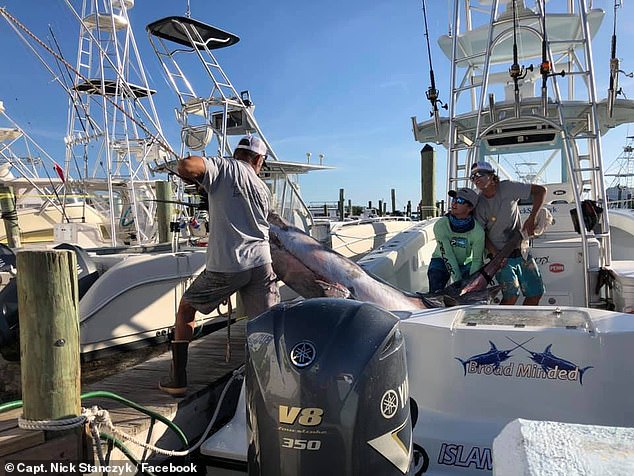 The fishing crew knew the fish was abnormally large, but they didn’t realize it was record setter until they got it back to shore

The crew had no idea how much bigger the fish was until they put it on a digital scale back at the marina.

‘When we hoisted her up, the digital scale read 757.8 pounds! It was the one we were after,’ Stancyzk said.

Chilean fisherman Louis Marron set the record for the largest swordfish ever caught  back in 1953. His fish weighed in at more than 1,181lbs.

The previous record for largest swordfish ever caught in the state of Florida was set by Stephen Stanford on May 7, 1978, according to the Florida Fish and Wildlife Conservation Commission.

Stanford’s broadbill weighed in at a whopping 612 pounds back then. The swordfish Lussier and Stancyzk caught shattered that mark by 146lbs.

‘It was the one we were after! Everybody hugged and high fived!’ Stancyzk wrote on Facebook after the encounter. 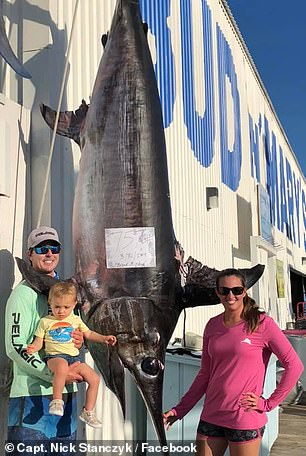 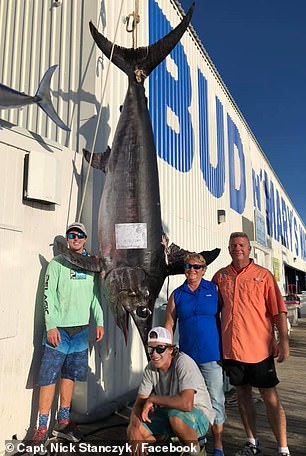 The Lussiers and Stancyzk butchered the fish, taking home as much as they could for meals before giving the rest of the meat to family and friends

The anglers butchered and ate as much of the fish as they could, giving the rest of its meat out to family and friends.

‘It was the best fish I’ve ever eaten,’ he said. ‘I don’t know if it was the boost of mercury, the sweet taste of victory, or what, but it was good. Damn good.’