An American flag on Jeffrey Epstein’s ‘pedophile island’ has been spotted flying at half mast after his apparent suicide last week.

Tourists, undeterred by the presence of armed guards, have headed to Little St. James in the US Virgin Islands on boats since Epstein was found hanging in his Manhattan jail cell on Saturday.

Curiosity peaked this week as FBI agents descended on the isle and carried away what locals say were several large items from one of two islands that the 66-year-old Epstein owned.

An FBI spokesman said the agency would not be issuing any statements, but confirmed it was conducting ‘court-authorized law enforcement activity.’

A U.S. flag flies at half staff on Little St. James Island, in the U. S. Virgin Islands, a property owned by Jeffrey Epstein on Wednesday 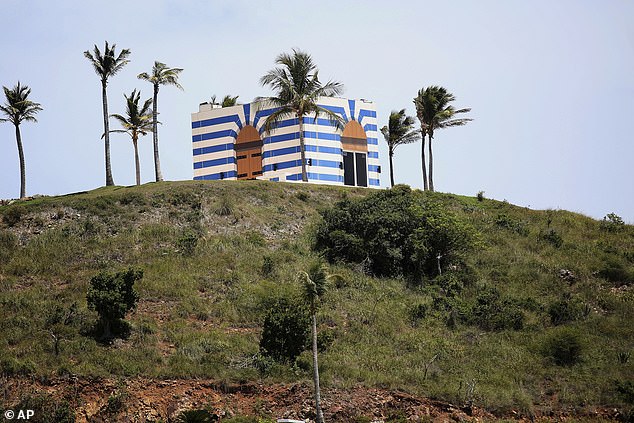 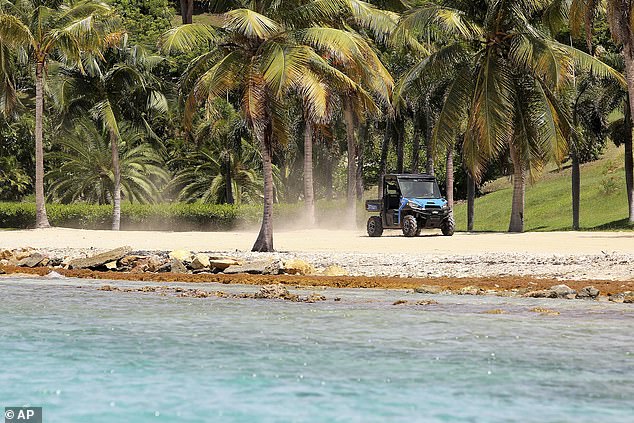 Conspiracy theories abound as to why the convicted pedophile’s island features a strange temple-like structure, massive sun dial and a life-size statue of a cow.

‘No one used to pay attention to it,’ Jon Stewart, the owner of a charter boat company, said Wednesday. Now, ‘there’s a ton more tourists.’ 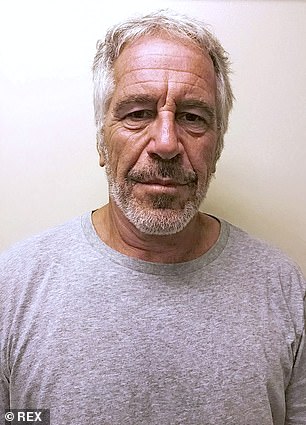 ‘Now everyone is wondering what really happened to him and what’s going to happen to the island,’ said Yvonne Light, a store manager who spied the federal agents while she watched a movie with her husband aboard their boat. ‘I was surprised to see them.’

On a recent afternoon, only a handful of Epstein’s employees were seen kicking up dust as they drove around in all-terrain vehicles picking up brown palm fronds on an island that once boasted dozens of workers and several armed security guards.

Locals recalled that some of the guards would come to the water’s edge if there were snorkelers in the area, but today a lone armed guard only shielded his face from a photographer with a bright green umbrella.

It takes roughly 15 minutes to get to Little St. James by boat, and those who are unable to do so have wondered about Epstein’s property since it is not visible from many spots in St. Thomas. 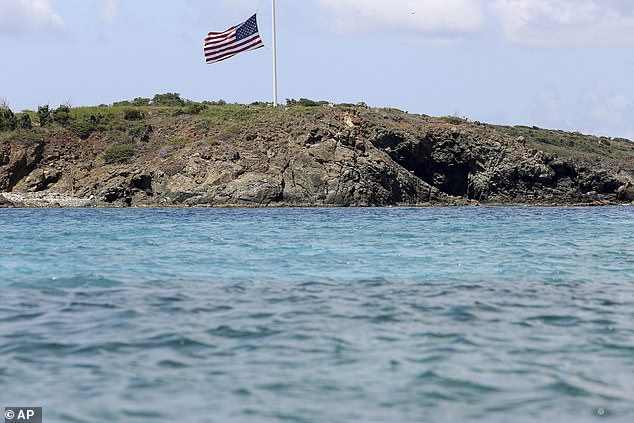 Dean Bofenkamp, who was visiting from Youngstown, Ohio, to attend his son’s basketball game, said he was craning his neck to catch a glimpse while on the plane to St. Thomas.

‘I was just curious where it was,’ he said.

Epstein bought Little St. James more than two decades ago and built a stone mansion with cream-colored walls and a bright turquoise roof on one end of it.

Surrounding it are several other structures including the maids’ quarters and a huge, square-shaped white building on the other end of the island that workers told each other was a music room fitted with a grand piano and acoustic walls.

Its gold dome blew off during the deadly 2017 hurricane season.

He bought neighboring Great St. James Island in recent years but had not yet built anything on it. 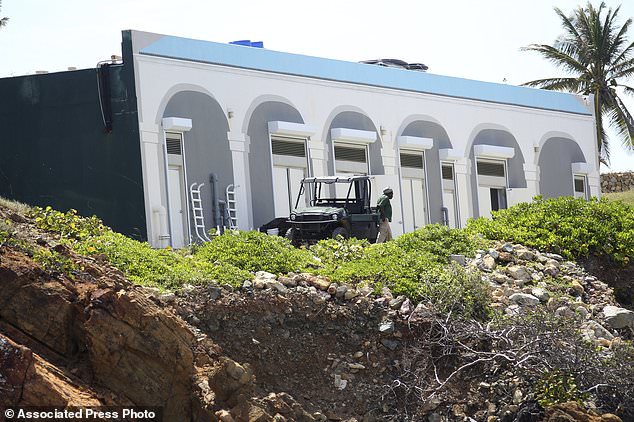 A man walks on Little St. James Island, in the U. S. Virgin Islands, a property owned by Jeffrey Epstein on Wesndesday 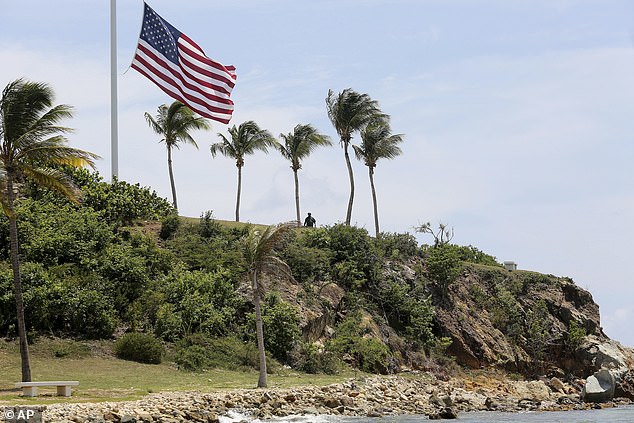 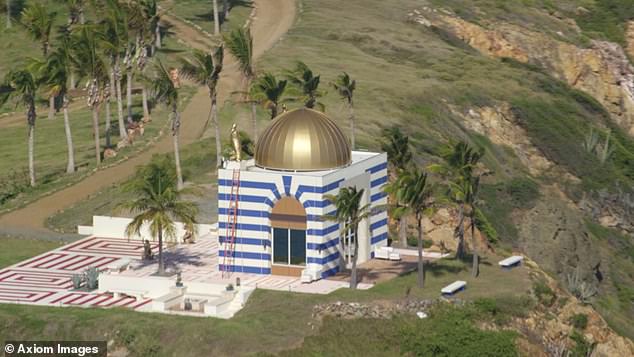 Many in St. Thomas are debating what should be done with the structures and even the islands themselves, even though it is unclear who would inherit them. Some people in St. Thomas say the buildings on the smaller island should be turned into a school while others believe the sweeping ocean views should serve another purpose.

‘A hotel would be a nice thing,’ mused Trevor Downes, a retiree from Oregon. ‘It would help the economy. They need work here.’

Taxi driver John Richards, who said he was upset that Epstein is dead because he wanted the billionaire to face trial, feels there is only one appropriate solution for Epstein’s property: ‘I believe the victims should get part of the island.’