Feeling cheated? Flock of vultures swoop in to steal cheetah’s kill before lion snatches it from them

A cheetah managed to take down an impala only for it to be stolen by hungry vultures, who were then robbed of their prize by a young lion.

Extraordinary footage starts with the cheetah scanning the area before settling down to gnaw at the impala in Kruger National Park, South Africa.

A group of vultures surround it and the cheetah runs towards them in an attempt to scare them off but they keep coming back.

The cheetah settles down to enjoy its kill when a group of vultures start to surround it in footage filmed in Kruger National Park, South Africa

Every time the cheetah turns back to his meal, the vultures edge a couple of inches closer.

Ranger and guide from Sabi Sabi Bush Lodge Brett Heasman caught the meal steal on video last week after being alerted by the alarm calls of vervet monkeys.

He said: ‘It was an absolutely incredible weekend here at Sabi Sabi with alarm calls coming from an open area right in front of Bush Lodge. 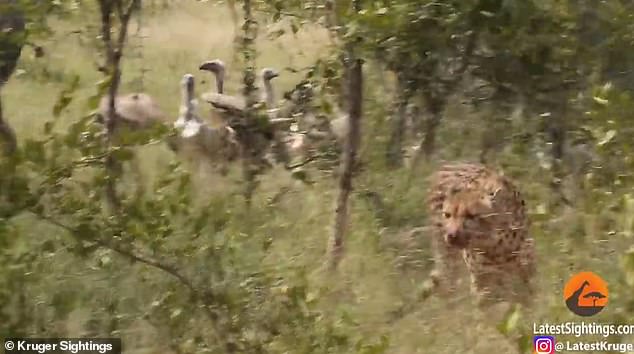 The cheetah attempts to scare off the vultures a few times by running towards them. They initially scatter but come back and edge closer to the kill 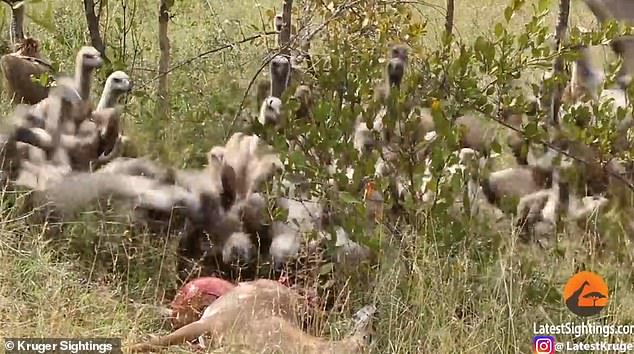 The vultures edge inches closer every time the cheetah turns around. After a few attempts to scare them off, the vultures overpower the cheetah and they swoop in 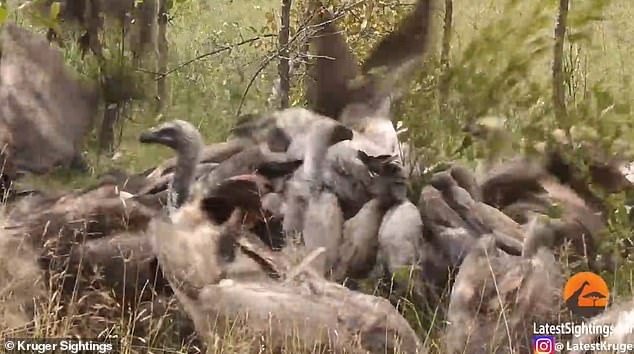 The birds dive in and gnaw at the kill, piling on top of each other. A few moments later chaos begins and some of the birds fly away in a panic

‘We followed the calls and scanned the area and noticed a cheetah in an open space, so we dashed off to see what he was up to.

‘We saw that it had managed to take down an impala and figured that this was probably why the alarm calls were so urgent.’

The cheetah attempts to scare the vultures off a few times but they eventually overpower it.

The cheetah runs away and disappears into the thicket. The vultures dive on top of the impala, piling on top of each other and gnawing at it.

Within a few seconds, the vultures begin to scurry and some fly away in a panic. 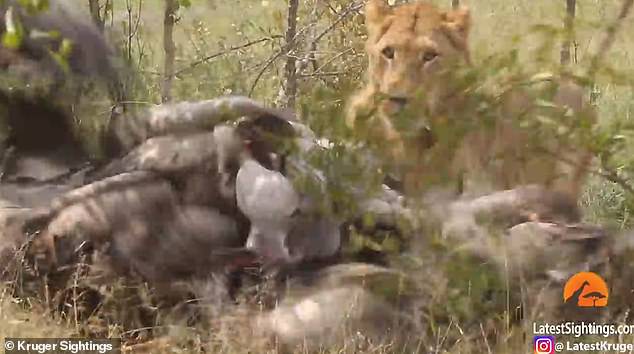 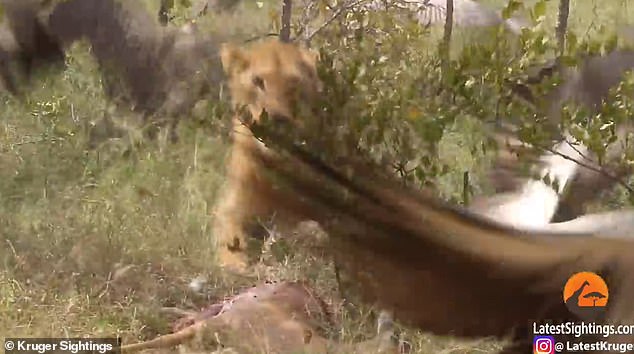 As the lion gets closer, the vultures scatter and leave the kill on the ground for the lion to take 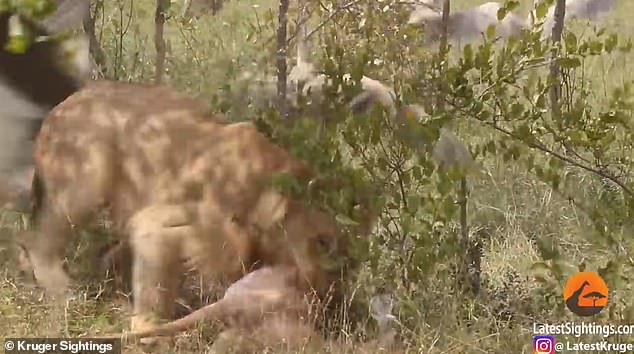 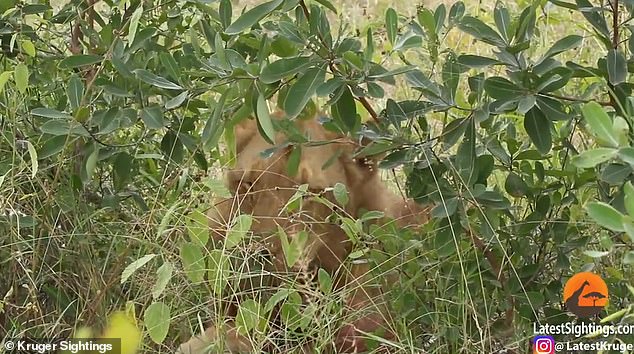 A young male lion approaches the kill and chases the vultures off before clamping it in his jaws for himself.

Mr Heasman said the lion dragged the kill off to a thick area where he spent the rest of the time finishing it.

They caught up with the cheetah who moved a little distance away and was resting after the commotion.

Impalas are medium-sized antelopes which can leap up to 10 metres. They can jump obstacles such as bushes of heights up to three metres.