A video of an incident between a Florida cop and an 11-year-old boy has gone viral as it shows the moment student was body slammed outside his school.

In Tuesday’s clip, the child can be seen walking away from a St Lucie Sheriff’s deputy Diederech Hueck before the man runs after him, lifts him into the air, and then throws him onto the pavement in front of Lincoln Park Academy.

The shocking footage from the cell phone of a fellow student watching from a school bus shows the law enforcement officer then place himself on top of the child, whose grandfather told WPTV is now undergoing a mental-health evaluation.

Following the incident the Sheriff’s Office said the sixth grader was taken to hospital for a check-up but complained of no injuries and left simply with a Band Aid on his knee. 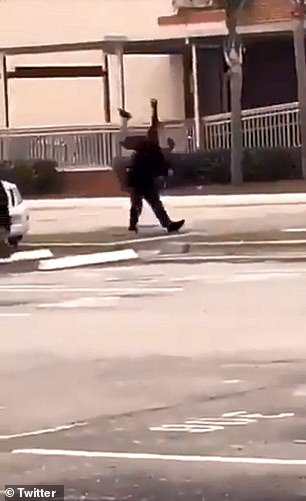 They said the youngster is on a Diversion Program for aggravated battery with a deadly weapon, a felony. The child has to be escorted around school after sex allegations involving a female student.

The boy had been arrested by the school resource officer for aggravated assault five days prior.

Hueck also arrested him February, after he initially resisted arrest for disorderly conduct and disturbing the peace following an incident where he disrupted a class he was not supposed to be in. During the incident he slammed his own head into a wall.

The child now faces charges aggravated assault charges from a staff member who accuses the child of chest bumping him earlier in the Tuesday incident.

The police officer’s boss said he had not been suspended and his actions were justified because the tween had been ‘running around the school campus and not responding to any commands by the school staff’.

He explained in a press conference that the Assistant Principal had asked the deputy – who had eight years of experience working at schools – to follow him after he stormed out of the Dean’s office while waiting for a parent to arrive and witness his suspension.

Dean Drummond was absent on the day of the incident.

According to Sheriff Ken Mascara, the boy was followed onto two buses and encouraged to go home using the mode of transportation despite claims in the police report that he had thrown himself at a classroom pod window earlier and was walking around punching his palm.

But when he disembarked the second vehicle and began to walk, it was deemed necessary to use force on him.

Police claimed the child was ‘walking with his fist clenched and had an agitated expression on his face. His brows were turned down and he was punching his fist into the palm of his hand’.

They stated he then ‘continued pulling away, twisting and turning his body’. 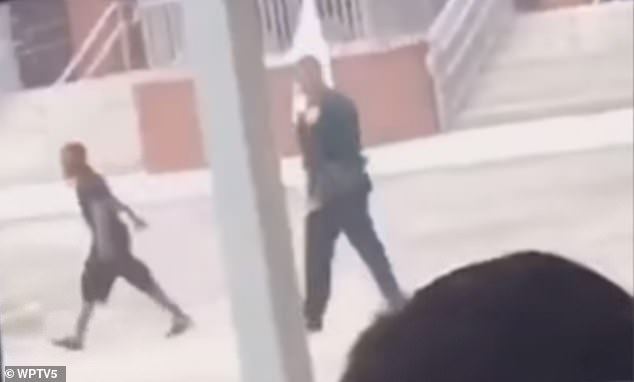 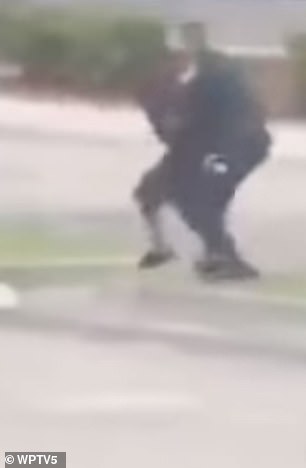 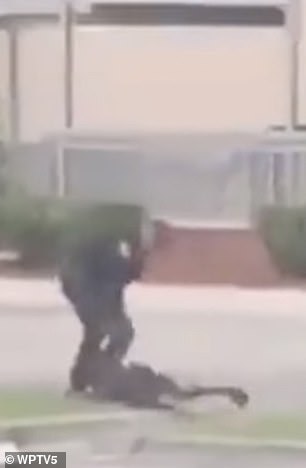 Deputy Hueck noted in his report that he’d reviewed surveillance videos to confirm several staff members had tried to get the child to comply earlier before he was called in.

Parents and guardians at Lincoln Park Academy were horrified after learning about the Tuesday incident.

‘If the kid was fighting him back and he felt like he was in some kind of danger, then I could justify his actions, but it didn’t appear to be that way,’ father of twins, General Platt told WPTV. ‘That’s kind of rough to be at a school campus, he didn’t have to slam him down like that.’

Jazmine Arias, whose sister attends the school, said: ‘I would have freaked out if I saw that in person. He’s a kid, I don’t think a little kid should be thrown to the ground like that.’

The school did not immediate respond to DailyMail.com’s request for comment.

Sheriff Mascara noted the deputy involved had worked for years at a high school nearby and had never reached a point where he needed to handle a situation in such a tactile way, even when putting himself between fighting students. 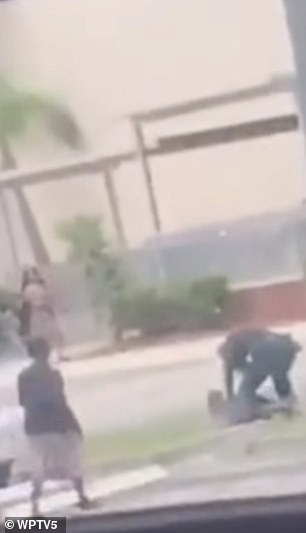 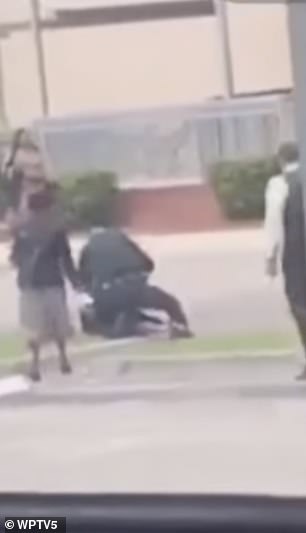 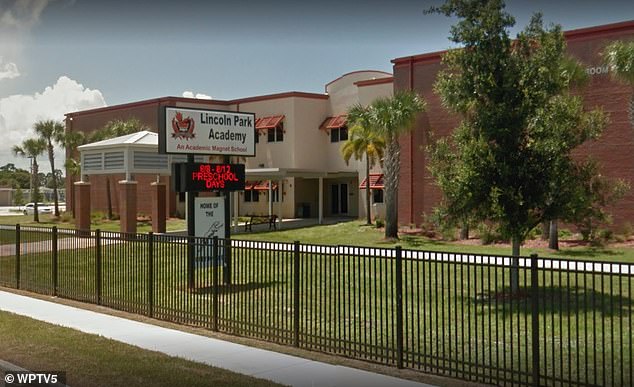 Child was arrested for disturbing the peace at Lincoln Park Academy in February and assault with a knife, without intent to kill, in April

‘Our school resource deputy is very familiar with this student and knows he has a violent history, including possessing weapons,’ Sheriff Mascara said in a Wednesday press conference.

‘At the end of the day the deputy did everything he could to diffuse the situation, and his use of force fell within the legal and our agency guidelines.’

According to a police report, the child was arrested for assault with a deadly weapon without intent to kill on April 4 when a 50-year-old female victim complained he was holding a knife in an ‘aggressive manner’ when she visited him at his residence to resolve an argument they’d just had at her home a few blocks away.

He claimed to police that he believed the alleged victim was going to abuse him.

The child was taken to a juvenile detention center and the Department of Children and Families was notified. 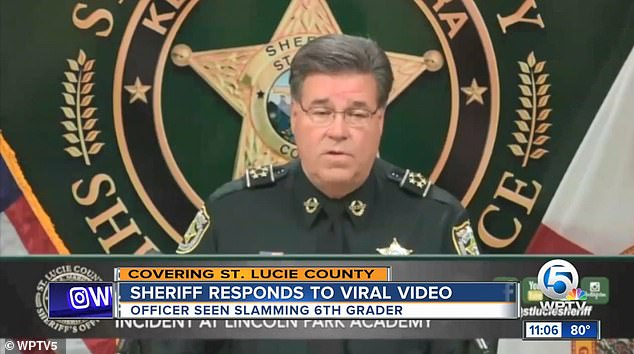