Ronnie Keith Williams will be charged with murder in the death of 23-year-old Julius Dyke, the brain-damaged son of a woman he fatally stabbed in 1993

A Florida man convicted in the 1993 stabbing death of a pregnant woman will stand trial for the death of the victim’s son 23 years later.

The Sun Sentinel reports the Broward County prosecutor’s office announced Thursday that Ronnie Keith Williams will be charged with first-degree murder in the death of 23-year-old Julius Dyke.

Julius Dyke was born via cesarean section two days after his 18-year-old mother, Lisa Dyke, was stabbed. Lisa died 18 days after he was born.

He had suffered extensive brain damage and his 2016 death was ruled a homicide linked to the attack.

Julius was not able to walk or talk and was only able to eat via a feeding tube.

Hearing of the impending charges, his grandmother and caretaker Margaret Dyke said: ‘Oh my Julius, my love.’ 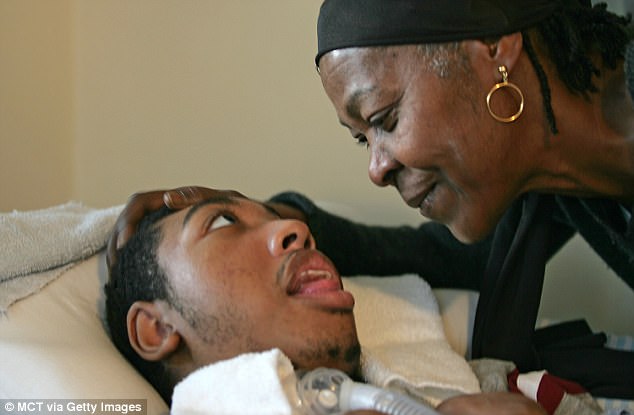 Margaret Dyke, the grandmother and caretaker of Julius for his 23 years of life, said at the time of his death: ‘Now I truly miss my daughter because the only part of her has gone on with her’ 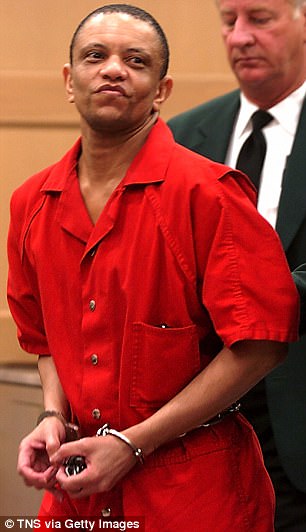 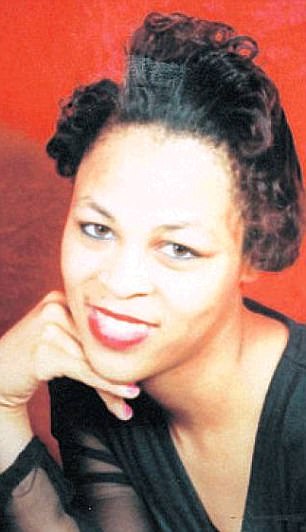 Margaret’s daughter, Lisa (right) was murdered by Williams (left) in 1993 in Wilton Manors. He had apparently been looking for his ex-girlfriend when he broke into the home at which Lisa was baby-sitting. Her son, Julius, was born via cesarean section two days after she was stabbed

‘Now I truly miss my daughter because the only part of her has gone on with her.’

Lisa had been babysitting for a friend in Wilton Manors, near Fort Lauderdale, when Williams entered the home and attacked her in 1993. He had apparently been looking for his ex-girlfriend.

Williams, who had already served time for a murder in 1984 before the crime.

Williams was convicted of first-degree murder in 2004 in Lisa Dyke’s death and sentenced to death.

The 2016 Florida Supreme Court decision requiring the jury’s unanimous support for the death penalty will send that case back to trial for a new sentencing phase as well.

The jury voted 10-2 in favor of the death penalty.